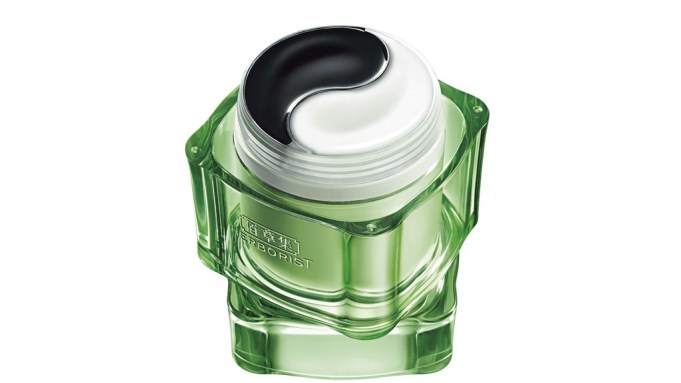 SHANGHAI — Tapping into China’s tradition of herbal medicine and connecting beauty products with health and safety benefits is proving a winning strategy with Chinese consumers.

Although the natural and organic beauty and personal care industry is still in its infancy here, an increasing number of well-traveled and highly educated beauty consumers are seeking out natural alternatives, which are perceived to be less toxic than their chemically inclined cousins.

“The TCM [traditional Chinese medicine] concept has traditionally been about health care, but in recent years beauty players have learned from the heath sector and borrowed the ingredients for beauty products because Chinese consumers understand the benefits,” Huang said.

Huang points to the success of local line Herborist, a brand by Chinese cosmetics giant Shanghai Jahwa, as a particularly successful example of a beauty and TCM hybrid. And if there was any doubt about the appeal of TCM for China’s more international and outward-looking younger generation, Herborist has eradicated it by proving particularly popular with the country’s 25- to 35-year-olds.

Despite the success of Herborist, which now boasts more than 800 stores in Mainland China, Huang is quick to emphasize that the status quo of large international brands dominating market share remains the norm.

“The overall picture is that international brands are dominant, but we have recently discovered local players, like Shanghai Jahwa, trying to compete with those international players by leveraging their local knowledge and doing things like using TCM ingredients,” Huang explained.

He believes historical and cultural ties are only one aspect binding Chinese consumers to beauty brands that use TCM ingredients. But he also points to the experience of young people in China who have grown up confronted with a barrage of product-safety scandals, making them more aware of putting anything perceived as “harsh or volatile” on their skin.

“These consumers are looking for cosmetics and skin care using natural products because they feel by doing so they can avoid or reduce the side effects of using cosmetics and skin care, especially in the long term,” Wang said. “Partly, these consumers fear product safety, but the biggest reason young people are choosing Herborist is because they have tried using chemical products from the West and have been disappointed by the experience.”

Michelle Yeh is the owner-operator of a Shanghai-based boutique called My Lohas, which stocks natural and organic beauty brands from around the world. In the West, LOHAS is an acronym meaning “Life of Health and Sustainability,” but in China the term has become a byword meaning anything even vaguely green or environmentally friendly.

In Yeh’s experience, the Chinese market is still in an education-oriented phase when it comes to terms such as “organic,” which are often misused here. A large part of her job is educating consumers, conducting seminars and helping people make the link between natural, organic products and health and safety.

“We do focus much more on safety than environmental issues because the environment is still very much a secondary concern. If you asked anybody in the Western world, eco-consciousness might be more part of their decision making, but the Chinese are very ‘me first,’ which is very normal. Later they will worry about those other things,” Yeh told WWD.

As well, she noted, it’s not surprising health and safety would be priority for Chinese consumers, given the alarming number of product safety scandals that rock the country every year. But there is also a deep cultural understanding of the links between natural ingredients and health benefits, as understood by the practice of TCM. “It is true that we Chinese are predisposed to the concept of herbal medicine, but over the past few decades the cosmetics industry has been monopolized by these big Western companies,” Yeh explained.

“Chinese beauty consumers have been brainwashed by their high-tech image, fancy packaging,” Yeh continued. “There’s a disconnect because they believe in herbal medicine, but they also want Western technology. So the key is to link the two.”

This is exactly what China’s most famous homegrown beauty brand, Yue Sai — now owned by L’Oréal — has always tried to do.

“It’s very legitimate for a Chinese brand to do research on Chinese ingredients which are part of a Chinese TCM picture that links health and beauty. Our consumers very much understand that,” said Yue Sai’s general manager, Stephane Wilmet.

“If there’s something common to our customers, it’s that we don’t need to tell them about health and beauty,” said Wilmet. “They know one is linked to the other and they look for brands that bring meaningful beauty solutions.”

The brand, which was founded in 1992 by television personality Yue-Sai Kan, has been one of China’s homegrown beauty success stories and is said to have achieved brand recognition of 95 percent on the Mainland (according to an oft-quoted National Bureau of Statistics figure from a decade ago).

The Yue Sai products use rare and expensive TCM ingredients, including the ganoderma mushroom, said to activate qi, or life force, and provide revitalizing effects; silver ear, which replaces hyaluronic acid in hydrating formulations, and cordyceps, said to combat the first signs of aging.

“For us, it goes back to the roots of this brand that Chinese women are different, they have different needs, they have different lifestyles and expectations. Yue Sai knows this and has known it for a long time. This will remain our guiding principle, to link these products to the culture,” Wilmet said.

Though Yue Sai has in many regards suffered as a consequence of the greater number of Western products now available on the Chinese market, the brand’s method of combining China’s traditional herbal health culture with modern technological advances is also being pursued by other major international beauty behemoths looking to win a bigger slice of China’s beauty-market pie.

Late last year, Estée Lauder announced plans to introduce a hybrid East-meets-West beauty line called Osiao (pronounced O-Shao), which is designed to appeal to Asian, and particularly Chinese, customers. One of the ways it intends to do so when it is released to the Mainland China market early next year is by incorporating traditional Chinese herbal ingredients, such as ginseng and Asiatic pennywort.