News of the acquisition confirms a report published by WWD on Wednesday.

By Jennifer Weil and Allison Collins and Samantha Conti on June 4, 2020

The news confirms a report published Wednesday by WWD.

The Spanish fragrance and fashion house said in a statement it will acquire a majority stake in Charlotte Tilbury alongside its founders, “who will roll over a significant minority stake.”

BDT Capital Partners is investing alongside Puig to hold a minority stake. The merchant bank also acted as a financial adviser to Puig.

Financial terms of the deal were not disclosed, but a source pegged the brand’s purchase price at around 1.2 billion pounds, making the acquisition about five-times revenues. Charlotte Tilbury’s earnings before interest, taxes, depreciation and amortization are said to be in the high $20 million range.

Tilbury is to remain as chairman, president and chief creative officer of the brand, while Demetra Pinsent will maintain her chief executive officer role. 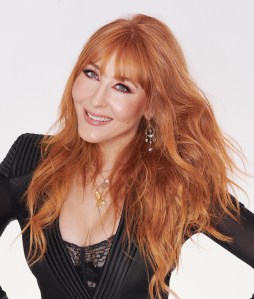 Pinsent launched the brand with Tilbury and served as ceo from day one. Before joining what was then a start-up, Pinsent was a partner at McKinsey & Co., heading up its luxury goods division in London.

WWD first reported that Tilbury was looking into a deal in 2019, and added investment bank Jefferies to work with Goldman Sachs early this year.

Tilbury said in the statement that joining forces with Puig “will help us achieve our limitless ambitions. We’ve reached a pivotal point in our growth since launching seven years ago, and we’re looking forward to unlocking new opportunities with Puig, which is the perfect partner as we build an iconic brand to last.

“Puig drives some of the world’s most distinctive and premium fashion and fragrance brands and has always inspired me with how it innovates and reimagines brands through storytelling and creativity, and its respect for founder-led brands like mine,” continued Tilbury. “I feel like I’m home.”

Also on Thursday, Puig released its financial results for 2019. The company, with a stable including a mix of owned and licensed labels such as Carolina Herrera, Nina Ricci, Paco Rabanne and Comme des Garçons, said its net income reached 226 million euros, which represents a 6.6 percent decline versus 2018.

Puig’s net income was 11 percent of its net revenues, which came in at 2.03 billion euros. On a reported basis, net revenues gained 5.1 percent, while in like-for-like and constant currency terms net revenues advanced 6 percent.

By geographies, 86 percent of Puig’s sales were rung up outside its domestic market of Spain. Of the group’s business abroad, 41 percent came from emerging markets, or those situated outside of North America and the European Union.

Last year, Puig’s products were sold in more than 150 countries, and the company has 26 affiliates.

The Charlotte Tilbury acquisition allows Puig to push further into the color-cosmetics category, which the family-owned company first dipped into, with great success, after acquiring the Christian Louboutin beauty license in March 2019.

Puig, which mostly trades in the fragrance space, also welcomes a brand that has a swiftly growing skin-care business.

The Charlotte Tilbury web site is said to have performed very well. Further, it’s believed Puig sees Tilbury as someone who can develop other lines, potentially a lifestyle concept. Charlotte Tilbury is expected to make Puig “a strong three-axis global competitor in the luxury beauty category,” Puig said.

Charlotte Tilbury, a rapidly growing hybrid skin-care, makeup and scent brand, was launched in the U.K. in late 2013. Celebrity makeup artist Tilbury has herself personified a new generation of beauty entrepreneurs who are rewriting the rules of marketing and are as adept at building online communities as making in-store appearances, as comfortable spearheading next-generation product development as reading a P&L.

Her brand — best known for Magic Cream, priced at $100, and Pillow Talk Matte Revolution Lipstick, at $34 — successfully represents the convergence of all of Tilbury’s worlds, creating “looks” (and attendant products), based on her work.

Tilbury’s products are frequently merchandised with “look” suggestions that guide buyers to which products they can use to create various beauty moments.

Speculation about a pending deal had emerged months ago, with Unilever, The Estée Lauder Cos. Inc., L’Oréal and Shiseido cited as front-runners.

According to a source, Charlotte Tilbury went into the sale process looking for a valuation of up to 3 billion pounds.

Coty Is in Talks With Kim Kardashian West