Sources say the deal’s announcement could come as early as Thursday.

By Allison Collins and Samantha Conti and Jennifer Weil on June 3, 2020

Sources have said Charlotte Tilbury is nearing a deal with Puig.

After months of speculation, the Charlotte Tilbury Beauty brand looks poised to have a new owner: Puig.

Numerous sources have told WWD that the Spanish fragrance and fashion house will reveal as early as Thursday that it has acquired the brand.

One source told WWD that BDT Capital will also take a share in Charlotte Tilbury, and that its celebrity makeup artist founder is to retain a meaningful stake in her brand. Charlotte Tilbury Beauty chief executive officer Demetra Pinsent is also expected to maintain a position in the business.

The source pegged the brand’s purchase price at around 1.2 billion pounds, making the acquisition worth about five-times revenues. The company’s earnings before interest, taxes, depreciation and amortization are said to be in the high $20 million range.

Speculation about a pending deal had emerged months ago, with Unilever, The Estée Lauder Cos. Inc., L’Oréal and Shiseido cited as front-runners. 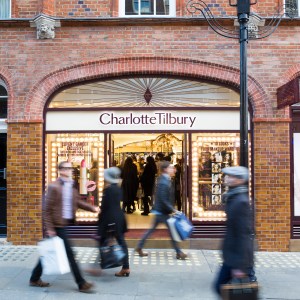 According to a source, Charlotte Tilbury went into the sale process looking for a valuation of up to 3 billion pounds. WWD first reported that Tilbury was looking into a deal in 2019, and added investment bank Jefferies to work with Goldman Sachs on a deal early this year.

For Puig, the upsides of acquiring Charlotte Tilbury are manifold.

For one, it would give the Spanish beauty group a further push into color cosmetics, a product category the family-owned company first dipped into, with great success, after acquiring the Christian Louboutin beauty license in March 2018.

Puig, which mostly trades in the fragrance space, would also welcome a brand that has a swiftly growing skin-care business. Sources estimate skin care makes up about one-third of Tilbury’s sales. That share could rise to 50 percent by yearend, spurred by the successful launch of the Magic Serum Crystal Elixir for $80.

Several sources say the Tilbury web site has performed very well, which is attractive to investors, especially as brick-and-mortar retail closed worldwide due to the coronavirus. The brand’s sales online have more than doubled since last year, one source said.

Another source said during lockdown, online sales have been up 20 percent week-on-week.

Further, it’s believed Puig sees Tilbury as someone who can develop other lines, potentially a lifestyle concept. That’s a similar strategy Puig planned for Dries Van Noten when it acquired the label two years ago and at the time said the brand might be expanded into categories such as homeware.

Puig’s fragrance portfolio, which in 2019 generated estimated sales of 1.81 billion euros, up 3 percent year-over-year, is a mix of owned and licensed labels, such as Carolina Herrera, Nina Ricci, Paco Rabanne, Penhaligon’s and Comme des Garçons.

The Puig business hit some hurdles of late — not only as the domestic travel-retail channels dried up during the COVID-19 pandemic, but also as a couple of brands have left or are about to exit its stable.

Charlotte Tilbury Beauty, a rapidly growing hybrid skin-care, makeup and scent brand, was launched in the U.K. in late 2013.

Tilbury herself is not just identifiable by her flaming red hair and penchant for sky-high pumps, but has personified a new generation of beauty entrepreneurs who are rewriting the rules of marketing and are as adept at building online communities as making in-store appearances, as comfortable spearheading next-generation product development as reading a P&L. 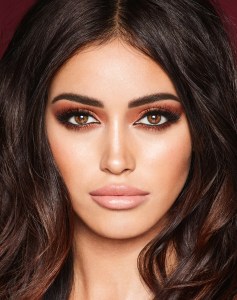 Her brand — best known for Magic Cream, priced at $100, and Pillow Talk Matte Revolution Lipstick, at $34 — successfully represents the convergence of all of Tilbury’s worlds, creating “looks” (and attendant products), based on her work. So The Rock Chick — heavy on black kohl and mascara — was based on her friend Kate Moss, while The Golden Goddess translated Sienna Miller’s glow appeal.

Tilbury’s products are frequently merchandised with “look” suggestions that guide buyers to which products they can use to create various beauty moments.

“Designers tell you what tops to wear with what skirts and shoes,” Tilbury told WWD Beauty Inc in a 2016 interview, “but no makeup brand tells you what eyes to wear with what cheeks and what lips, and puts it all together in an easy format. What women want is time-effective, easy-to-use, easy-to-choose products. We are all time-poor. We want quick, efficient products.”

Tilbury relishes staging rollicking events with her retailers. “We live in an era where you can’t not be disruptive,” she said in the same interview. “We live in the digital era and to stay relevant, everyone has to change.”

Her motto? “Give a woman the right makeup and she can conquer the world,” she told WWD Beauty Inc. “I’m incredibly ambitious and hard-working, and I’ve had a vision of that since I was a young girl. This is what I’ve always wanted to do.”

Sequoia, which is based in Menlo Park, Calif., was an early investor in Google, Alibaba and WhatsApp. Tilbury’s other minority investors include Venrex Investment Management, run by Mark Esiri.

Charlotte Tilbury has won scores of industry awards, including the 2015 Beauty Inc Indie of the Year prize. The brand regularly scoops CEW U.K. Awards for a variety of its products.

The company is also widely recognized for its social, community-based marketing strategies, and is big on innovation, introducing the augmented reality “Magic Mirror” to Westfield London and the brand’s Covent Garden shop, launching a virtual reality perfume experience involving Moss, and creating the “Hot Lips x Women for Women” lipsticks. A percentage of proceeds from the sales go to the Women for Women charity.

During an interview in May 2019, when Marc Puig, Puig’s chief executive officer was discussing the company’s overall 2018 results — net profits rising 6 percent to 242 million euros and stable sales at 1.93 billion euros — he also talked about the makeup category and the Christian Louboutin brand.

“We are eager to, step by step, gain experience and territory in that category,” said Puig. “So far the potential of the brand, the evolution and progress we’ve made is beyond our expectations.

“And in the near future there will be some of the brands in our portfolio that will enter the color-cosmetics cosmetics category, too. We want to do it right — not necessarily big up front,” he continued.

The Carolina Herrera makeup brand was introduced in March. It began with a range of lipsticks and compacts that comes in packaging so sculptural and precious it can double as jewelry.

Puig has been honing its focus on niche brands, as well. In 2018, for instance, it increased its stake in the Eric Buterbaugh Los Angeles fragrance business. It also holds a stake in the Brazilian high-end beauty maker and retailer Granado.

Coty Is in Talks With Kim Kardashian West