Puig Futures Explores the Nespresso of Perfume and Zero-Plastic Beauty

Inside The Alchemist Atelier pop-up.

PARIS — An Alchemist Atelier for concocting bespoke scents. A direct-to-consumer perfume and makeup brand to empower women, and a zero-plastic fragrance and beauty label.

These are among the fruits of Puig Futures, an innovation platform through which the Spanish beauty giant Puig taps into creative talent — both internal and external — including tech firms and other visionaries.

Multinational beauty companies today are increasingly creating venture capital branches, incubators and joint venture programs to get closer to and glean know-how from entrepreneurs, who have been shaking up traditional business models. But it’s rare to find a platform where all of those activities — and more — are involved, and even rarer for it to have perfume as the primary focus.

Fragrance brands in particular have been struggling in the digital age, when the more selfie-friendly makeup and skin-care labels have thrived. And Puig’s sprawling business — headlined by Paco Rabanne, Carolina Herrera and Nina Ricci — has perfume at its core.

Puig Futures kicked off in April 2018 under the leadership of José Manuel Albesa, president of brands, markets and operations at Puig. The platform operates as a separate entity from that company and counts eight full-time employees. 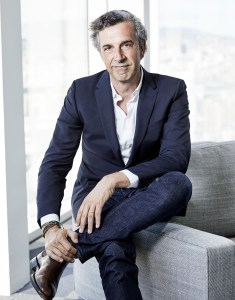 Albesa described Puig Future’s goals as “wanting to define what is going to be the future of the fragrance industry. Second, the idea is to disrupt that industry with alternative business models.”

The platform has two main innovation axes. First, there’s innovation in the core, within which there are two activities.

“The first is pilots. We put a brand or a market or a brand and a market together with a start-up to solve one of the pain points that we think the consumer has today — sampling, gifting, replenishment, the shopping experience. So it’s very consumer-centric,” said Albesa.

For instance, Puig Futures paired the Paco Rabanne fragrance team in Germany with a start-up called Sampler to concentrate on e-sampling campaigns. Puig Futures will also have the Christian Louboutin team in the U.K. work with Appear Here, a start-up focused on pop-ups.

“We want to solve an issue, but also learn from how these startups work today and get some learnings about how to make things more agile and faster,” said Albesa. “It’s a way to bring technology to our existing brands and markets.”

Puig Futures also organizes “Change-maker Innovation Treks” in cities such as San Francisco, Los Angeles, London, Paris and New York for 20 to 25 people from Puig leadership teams. They meet with venture capitalists and others “reinventing the future,” said Albesa. “This start-up culture opens your mind and eyes to innovation.”

Puig Future’s other axis focuses on innovation — “what we have to bring to Puig for innovation,” he explained, noting the company works with Founders Intelligence in London to build the platform.

“Our radar is scanning all the different opportunities, start-ups, new brands all over the world,” said Albesa, adding in the first year they looked into 500 to 600 new businesses.

“‘Build’ is building a new business model, and here we act like an internal incubator, creating new brands from zero,” said Albesa.

The first brand Puig Futures launched, in June, was Queendom, a direct-to-consumer digital platform and community aimed at empowering women and giving them alternative role models. Involving fragrance and makeup, it was created by a Puig employee. 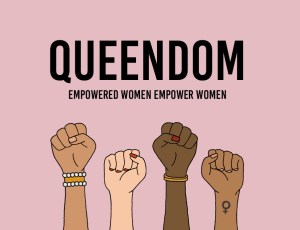 Queendom is about empowerment.  Courtesy Photo

Another Puig employee was concerned about sustainability and traveled for half-a-year to be close to nature. Her new brand, with fragrances, toiletries and body products all free of plastics, is due to be launched next year. “It’s about ingredients and community,” continued Albesa.

As for “Partner” activities, “we act as a disruptor. We partner with technology enterprises and work together on developing something for the market that doesn’t exist today,” he said.

This is a way to glean know-how from the outside. The first partnership was with a tech company, which Puig Futures now owns.

“Today, when consumers go to a perfumery they have to smell fragrance with a tester on their skin or on a mouillette. Their noses get saturated because after one, two or three smells it’s too much,” said Albesa.

So the AirParfum system was developed, which transforms purified air into perfumed air, enabling a person to try dozens of fragrances in a row without olfactive fatigue.

Puig Futures has also developed a Nespresso-like gizmo for fragrances via a venture with BSH Hausgeräte GmbH. They conceived a device called a Scent Creator, which comes with various refills for making bespoke perfumes. The first Alchemist Atelier popup, where these machines are present and can be purchased, too, opened in Paris in June.

Puig Futures sometimes takes minority stakes in series A and seed companies to help with their acceleration. That was the case with La Bouche Rouge lipstick brand and Eric Buterbaugh Los Angeles fragrance brand, although with the latter, the minority stake has been raised to a majority stake.

“We think [such companies] have a future potential because they have a very breakthrough founder or a very unique selling proposition,” said Albesa.

The executive said the largest hurdle so far has been honing in on priorities, since there are so many great ideas out there. “You want to jump into everything,” said Albesa. “We had to narrow the scope.”

Ultimately, the Puig Futures team is looking for “R.O.K.”

“It’s not ‘Return on Investment,’ it is ‘Return on Knowledge,’” said Albesa. “The first returns on knowledge are amazing. What we are learning is about the way culture is shifting, how people are looking at start-ups and changing the work model for agility.”