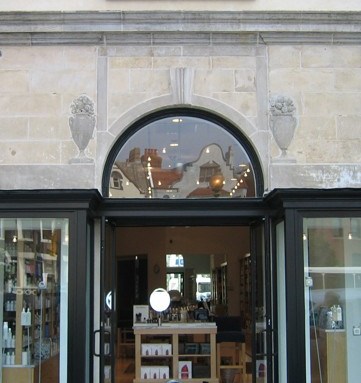 With high-definition cameras rolling and historical TV footage in the making, legions of lawmakers, political pundits and gala goers are bent on appearing picture perfect for President-elect Barack Obama’s inauguration Tuesday. The town is buzzing about who incoming First Lady Michelle Obama has enlisted to do her hair and makeup, but all involved parties are sworn to secrecy. With the town’s population swelling in advance of the big day, Mrs. Obama isn’t the only one in town who’ll need pampering. A host of Washington’s top apothecaries, salons and spas have readied for the beauty rush with a spate of inauguration-themed services, and what they hope are iron-clad contingency plans to deal with road closures and fortified security measures. Style-makers also are descending upon the city, as D.C.’s beauty establishment finalizes its plans. Here’s what’s in store:

Through January, the spa is taking a bipartisan approach to pampering with The Body Politic treatments, namely Liberal Bliss and Conservative Journey. The $525 three-hour treatments primarily focus on the body, with Liberal Bliss using essential oils and hot stones, the other featuring deep-tissue massage and a regenerating facial. Have they prompted any party switching? “I think some liberals are choosing the conservative and vice versa,” said a spokesman for the luxury hotel. “It’s all about coming together.” He added that incoming hotel guests were asked if they’d like to book a treatment with their reservation, which requires a four-night minimum stay at an average rate of $899. To better accommodate gala-going guests, its spa has temporarily added hair, nail and makeup services.

This D.C. outpost for Beverly Hills stylist Cristophe caters to the Capitol Hill set year round. Not surprisingly, its client list for Jan. 20 includes a number of high-profile and powerful heavy hitters. For instance, Cristophe hairstylist Isabelle Goetz will style the locks of Hillary Rodham Clinton, Obama’s pick for secretary of state. Hairstylist Benjamin Dubouf will work with the Biden family. To accommodate the increased demand, the salon will be open Monday, a day it’s usually closed.

Located just two blocks from the White House, the Andre Chreky salon has drafted a comprehensive inauguration day plan to swiftly move stylists through security checkpoints, provide employee lodging and respond to frantic calls from women whose original stylist was waylaid by road closures. Serena Chreky, vice president of the salon, said she and her husband have been in business for more than 30 years and have never experienced an inauguration event quite like this one. “The tone and the climate is unprecedented in terms of security,” said Chreky, adding that to pass security check points, stylists will need to provide identification and their cosmetology license. She’s crossing her figures that the scissors make it through. Given all roads and bridges leading to Washington, will close at 4 a.m. Tuesday, the salon has arranged for employees to bunk with coworkers who live close by or in the five-story salon. And all plan to get to out-of-salon appointments by foot or bike. Outside appointments are $300 for styling and $300 for makeup. In-salon services are $100 each. High-profile clients include actress Rita Wilson and CNBC anchor Maria Bartiromo. Having mapped out the salon’s plan of action, Chreky said, exasperated, “What if it snows?”

Bobbi Brown is headed to Washington Saturday with a stack of gala invitations — the Chicago Ball included, a suitcase of gowns and tall, black Ugg boots. “I’m thinking about comfort,” said Brown, who served as New Jersey delegate at the Democratic National Convention last August. A self-professed political junkie and longtime Democrat, the makeup artist, who has worked with Michelle Obama, has several store visits planned. On Sunday, she will make an appearance from 1 to 3 p.m. at Nordstrom in Tyson’s Corner, where Brown will give beauty tips and her team will spend the day giving makeovers. On Wednesday, she’ll teach an hour-long master class from 1 to 2 p.m. at Neiman Marcus in Chevy Chase, Md. Afterward, she plans to sign copies of her latest book, “Bobbi Brown Makeup Manual,” from 2:30 to 3:30 p.m. Brown acknowledged she and her team will be working with a bevy of high-profile clients Tuesday, many of which are from Hollywood. Brown and her team were mum regarding whether she’ll be making a house call to the White House.

Washington-based beauty apothecary Bluemercury is offering a limited-time facial at a special Inauguration Day-inspired price of $120.09 at its Georgetown and Dupont locations. The facial, billed as a $155 value, includes a treatment mask, oxygen therapy, vitamin C treatment and brow styling, and will be available through Tuesday. Also, Bobbi Brown makeup artists will be on hand Monday and Tuesday for VIP makeovers, complimentary with a minimum purchase of four Bobbi Brown products. Bluemercury also will offer inauguration event makeup applications for $100, a fee that includes eyelash applications.

On Monday, celebrity hairstylist Ted Gibson plans to throw open the doors to his Washington-area salon, located at The Collection in Chevy Chase, Md. On opening day, the 24-chair, 4,000-square-foot salon will be visited by actress Anne Hathaway and actress and R&B singer Tatyana Ali. Best known for her role as Ashley Banks on “The Fresh Prince of Bel-Air,” Ali lent her voice to Obama’s presidential campaign song, “Yes We Can.”

Founder Lisa Price has heeded the President-elect’s call to service with a pop-up shop, slated to open today in advance of its upcoming store here. All proceeds generated between 5 to 8 p.m. this evening will be donated to the Lupus Foundation of America. Hip-hop mogul Shawn “Jay-Z” Carter is due to drop in on Saturday, and all patrons are invited to sign the “What’s Your Dream” wall, where they are encouraged to share their hopes and dreams. The wall commemorates Dr. Martin Luther King Jr., and displays his words as well. Carol’s Daughter will give a gift to each participant. The retailer also will celebrate the inauguration and Black History Month with an essay contest that challenges young women to express, in 300 words or fewer, how the president-elect and his campaign has inspired her to follow her dreams. The winner will appear alongside Price on HSN.