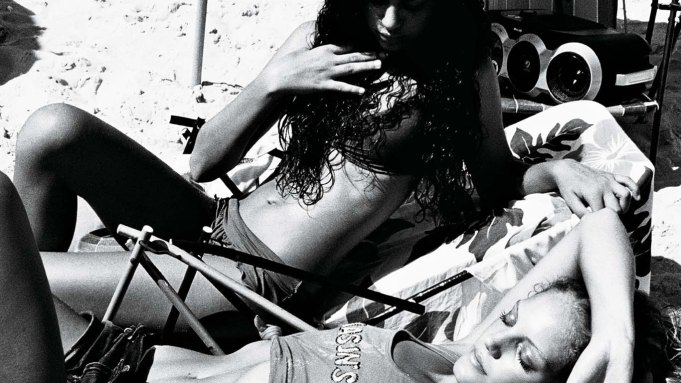 Analysts expect 2016 to be tough, too. Over the past year, the beauty sector’s vigor has sagged under the weight of inflation that’s running above 10 percent a month, rising unemployment, higher taxes on cosmetics and a weakening currency that makes imported products prohibitively expensive. Even a drought that led several Brazilian regions to adopt water-rationing measures in the past two years hit the beauty sector: Brazilians, world-champion shower-takers with 12 showers a week on average, started bathing less, leading to a considerable drop in sales of soap, shampoo, conditioner and other hair-care products.

“For years the beauty and personal-care industry seemed bulletproof, immune to whatever problems we had in the economy,” says João Carlos Basilio, president of Abihpec. “But the recession we are experiencing now is truly disastrous. We are going to have some very challenging years ahead of us.”

The beauty segment has been one of the most resilient in Brazil’s economy because consumers of all social classes love cosmetics, especially hair care and fragrances. Fueling this growth are more than 40 million consumers who have emerged into a new middle class since 2004.

Hair care is still the strongest segment, and direct sales are still strong, too. Despite the economic downturn, some segments remain hot. Sales of dermocosmetics such as L’Oréal’s La Roche-Posay and Vichy brands, for example, have been rising at around 20 percent a year, according to Abihpec, and are likely to keep growing.

Whether the mood picks up in advance of the Olympics, set to take place from Aug. 5-21, remains to be seen. But that’s not to say Brazilians have forsaken beauty altogether. Here, from supermodels-in-the-making to innovative new hair-care concepts, are seven people, products and places to keep your eyes on.

Waleska Gorczevski
Move over, Gisele. Brazilian model Waleska Gorczevski turned more than a few heads during the fall 2014 season, logging an impressive roster of 54 shows in her debut season, including Chanel, Valentino, Prada, Miu Miu, Calvin Klein and Céline. She was the most-requested model at São Paulo Fashion Week that year, after being discovered in 2012 by Kee MOD in her native Florianópolis, a city in southern Brazil. With a romantic, soft face and soulful green eyes, the model of mixed Polish-Brazilian background has a versatile beauty reminiscent of her famous compatriot; insiders say it was no coincidence that Gorczevski opened the winter 2016 show for Colcci, a spot that was Bündchen’s until she retired from the runway in April 2015.

Quem Disse, Berenice?
Since its launch in 2012, the quirky approach of Quem Disse, Berenice? to cosmetics has struck a chord with Brazilians. A powerful advertising campaign showing women of all ages, colors and sizes wearing bright red lips, dark smoky eyes and colorful mascaras stirred things up in this market that’s been dominated by traditional players. Quem Disse, whose prices are lower than prestige brands like MAC, expanded nationally last year from its home base in São Paolo, opening 90 stores across Brazil and launching e-commerce, to reach a total of 130 doors countrywide.

Bela Gil
When this nutritionist, chef and TV show host posted on Facebook last year that using turmeric instead of toothpaste was a healthier way to clean teeth, she provoked a storm of social media criticism from dentists all over Brazil. But Bela Gil also attracted thousands of new followers to her philosophy that favors using natural and organic ingredients, whether it’s for cooking or beauty purposes. Gil has sold nearly 300,000 copies of her cookbooks in Brazil—a feat in this country where people buy less than two books a year, on average. The daughter of famous Brazilian musician Gilberto Gil, she has moved beyond the kitchen into an overall lifestyle, including recipes for all-natural hair moisturizers and post-waxing balms that promise results that are as good as conventional products.

News in Nails
With more than 3.5 million Instagram followers, actress Giovanna Antonelli’s nail styles are possibly the most copied in Brazil. L’Oréal’s Colorama brand has successfully leveraged her social media following with a series of collections designed by the actress that have significantly impacted the public’s taste in nail colors. Her predilection for bright, solid colors like orange, hot pink and black sparked a change in consumer behavior, as Brazilians traditionally favor classic reds and nude shades. Nail also continues to be a relatively strong performer in a difficult environment, with Nielsen reporting that while Brazilian women are buying fewer items, they are trading up in terms of quality and price.

Veggie Box
Subscription services are still quite new in Brazil, and the organic cosmetics market is underdeveloped and fragmented. Enter Veggie Box, which sends a box of organic and cruelty-free cosmetics monthly to subscribers. The boxes are filled with established brands like Surya, as well as goodies from handmade artisan shops. Launched in January 2015 after a crowdfunding effort that raised 18,000 reais— about $4,500—by the end of the year, the start-up had expanded its client base at a rate of 30 percent a month and has already caught the eye of potential investors.

Full Moon Spell
Cutting hair according to the phases of the moon is a common practice in Brazil, but one hip São Paulo hair salon takes it a step further. Once a month, the Laces and Hair salon offers an entire hair-spa day, called the Full Moon Spell, with treatments that promise to add 1.8 centimeters to clients’ locks in 28 days. A hit among Brazilian socialites and TV stars, the treatment first targets split ends, removing them in a procedure called “embroidery,” which is followed by an infusion of organic detox and multivitamin creams that are applied to the hair, followed by a laser treatment session to stimulate blood circulation in the scalp.

The Queen of Curls
Back in the early Nineties, Heloisa Assis, then a nanny and cleaning lady, decided she was tired of treatments for black, curly hair that involved radical straightening. She took matters into her own hands, enrolled in a hairdressing course and created Super Relaxante to make Afro-Brazilian hair more manageable without losing its curls. Now, Assis is one of Brazil’s most powerful entrepreneurs, whose company, Beleza Natural, operates 33 salons and 10 kiosks; this year, the company continues its growth spurt with plans to open two more salons and
10 kiosks, and expand internationally.