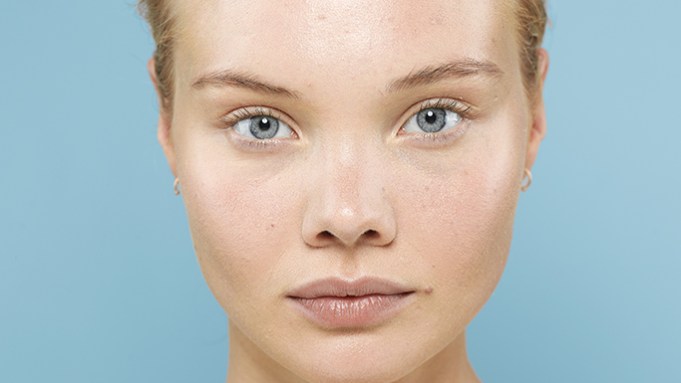 Facial contouring, a staple of makeup artists in past decades, is staging a strong comeback, touched off by Kim Kardashian’s high-profile looks.

This time around, the trend has more to offer from the standpoint of a more varied, nuanced product assortment with better technology. Also, the craze has widened to the mass market.

“It’s very different today,” said Karen Grant, vice president and global beauty industry analyst at The NPD Group. “When you think of it from the Seventies and Eighties, it’s a very made-up look. Women aren’t using them that way today. The products and application are more subtle and natural. You’re accentuating the cheekbones rather than putting a lot of rouge on them. The colors are softer. It’s not about the noticeably sculptured face of the Eighties. And contouring is gaining popularity among older women, in addition to Internet-savvy Millennials, because, when done right, it can give a noticeable lift and can make you look like you’ve lost weight.”

Grant, industry analyst Allan Mottus and makeup artist Bobbi Brown all credit Kardashian, a contouring aficionado, for breathing new life into the category. “Let’s be honest, this all came back because of Kim Kardashian. Then it just became this rage,” said Brown.

Other celebrities helping to — well — highlight the category are Nicki Minaj and Jennifer Lopez, although Grant concedes that most celebrity makeup artists are contouring to a degree on all clients. “It’s because contouring is very much about how to use light and shadows,” said Grant. “Anyone who’s in the public eye is having it done. It may not be a noticeable overhaul of the face, but it’s there to some degree.”

Hard percentages of the category’s growth are tough to quantify, because contouring products often fall under different categories, such as blush, stick foundation or concealer. “This trend is driving a lot of categories,” said Grant. “In addition to highlighters and powders, concealers are also being used. “We’re also seeing products specifically marketed for contouring, like Smashbox and Urban Decay. In fact, this isn’t just a trend in the prestige market but also in the mass market and at beauty supply stores,” said Grant.

Still, it seems to have made the most inroads in the prestige space. According to Mintel data released earlier this year, consumers who buy products that cover the skin for the majority of the day are most likely to buy luxury brands, with 42 percent of primer users and 32 percent of foundation users opting for luxury brands. The study further found that it is not only color cosmetics that could benefit but also subsidiary areas such as blending brushes, sponges and mirror lights, to help make facial contouring easy to achieve at Shome, as well as eye and lip products.

Sephora is so bullish about contouring that it teamed with beauty firm Map My Beauty to create a how-to app for its consumers. The app, bearing the same name as the company, provides personalized step-by-step instructions after a consumer uploads a selfie. The app’s proprietary beauty analysis and makeup-mapping technology is designed to read the user’s face and to analyze the symmetry of her features to provide application tips, noted its creator, Annabella Daily, founder and chief executive officer of Map My Beauty.

“We’ve been looking for something like this for a while — a program which actually teaches you step-by-step rather than just showing your face with the color already applied. Contouring is a category that’s been heating up for us over the last six to nine months, and it’s an area where customers are often confused about how to replicate it,” said Bridget Dolan, vice president of interactive media for Sephora, when the app launched in March. Sephora has an exclusive on the app through June, which can be found at m.sephora.com/pocketcontour.

The Estée Lauder brand is reportedly working on a similar app, which will take a 3-D selfie that enables women to see themselves from every angle.

“As late as the beginning of 2014, there were only one or two products specifically for contouring available in our stores, but we started to see the signs of the trend growing pretty quickly around that time,” said Alison Hahn, vice president and divisional merchandise manager for color cosmetics at Sephora.

According to its Web site, Sephora has at least 57 products available in its contouring category, from Marc Jacobs Beauty’s #Instamarc Light Filtering Contour Powder and Kendo’s Kat Von D’s Shade + Light Contour Palette to Kevyn Aucoin’s The Contour Book: The Art of Sculpting + Defining and Nars’ Virtual Domination Cheek Palette. Urban Decay, Smashbox and Laura Mercier are also on the list. Sephora advises customers that powders such as Anastasia Beverly Hills’ Contour Kit are perfect for beginners, offering buildable coverage and controlling oil and shine, while the retailer says creams, such as Viseart’s Corrector, Contour, Camouflage HD Palette, are ideal for dry skin, simple to blend and makeup artists’ go-to choice. Sticks, such as Tarte’s The Sculptor Contouring Face Slenderizer, are touted for their ultra-precise
application and ease of portability. However, not everyone is fond of contouring.

Brown, in fact, is so against contouring that she doesn’t allow the word to be uttered in connection with her products. “I don’t like contouring, for many reasons. First of all, when I started as a makeup artist in the Eighties, it’s really what makeup artists were doing. They were contouring, they were painting in cheekbones, they were changing the shape of noses. I couldn’t do it. It never looked good. So here we are again, contouring has become a giant category a giant trend, and I’m just really opposed to it. I don’t think it looks good. I think a lot of this has to do with a lot of women who overfill their faces [with injectibles] and then have to paint them back in.”