As Revlon looks to exchange notes due in 2021, chairman Ronald Perelman's MacAndrews & Forbes has been selling off assets.

Revlon has tried to sell itself multiple times over the years to no avail, industry sources said.

Revlon Inc. has launched an exchange offer for $345 million in debt that matures in 2021.

This is Revlon’s second attempt at an exchange offer for the debt. A July offer expired earlier in September after only 5.1 percent of noteholders agreed to it, Revlon said in a statement.

A spokesman for Revlon said, “This new exchange offer incorporates feedback from discussions with many of our key constituents and provides our noteholders with more attractive terms compared to our prior offer, while still supporting the goal of allowing Revlon to continue investing in our business and in our strategic growth priorities. As a company, we remain committed to taking the right actions to protect our liquidity, managing through the COVID-19 pandemic and ensuring that we have debt maturity runway to allow us to continue executing our turnaround strategy.”

The new deal gives noteholders two options — one for cash, and one with a mixed cash-debt consideration. The exchange offer expires Oct. 27.

If it doesn’t go through, other debt would become due Nov. 16, putting the company in a tough position, sources said.

Revlon had $318 million in available cash liquidity as of July 31, the company said publicly. 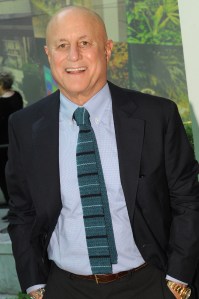 Recently, Ron Perelman, Revlon chairman and chief executive officer of MacAndrews & Forbes, which controls about 87 percent of the company, has been drumming up cash via asset sales.

Perelman has reportedly been trying to sell off personal assets, including art and a yacht, but has also been divesting on the corporate side. MacAndrews & Forbes said Tuesday that it had reached a $420 million deal to sell RetailMeNot, the online coupon business, and earlier in September, Perelman sold MacAndrews’ 39.4 percent stake in Scientific Games Corp., which makes slot machines, for more than $1 billion. A spokesperson for MacAndrews & Forbes did not immediately return a call requesting comment.

With the latest exchange offer, noteholders are left “doing the math,” said an industry source, and trying to calculate if they’d get more of their money back if they agree to the deal, or if they wait for Revlon to sell assets.

Revlon has tried to sell itself multiple times over the years to no avail, industry sources said. Last year, the firm hired Goldman Sachs to lead a sale process that has yet to turn up any public results, and the company is said to have talked to multiple smaller firms this year to try to get them to sell off assets, including Almay, which is said to be rapidly declining. One industry source estimated that in its heyday, Almay generated about $120 million in annual sales, but with shelf-space losses and the impacts of COVID-19, sales for this year may fall to around $45 million.

The Revlon brand itself is not thought to be sellable, nor is the fragrance portfolio, industry sources said, but Elizabeth Arden, Mitchum and American Crew might be.

Still, they’ve all been publicly on the market for a year without any takers. Industry sources noted that Revlon’s value expectations have been high.

While the Revlon brand retains name recognition, the overall business has struggled for years and gone through a series of strategic plans and chief executive officers. Currently, the firm is run by Perelman’s daughter, Debbie Perelman, who took the helm in 2018. For the most recent quarter Revlon’s sales dipped by 39 percent, to $348 million, due in part to impacts from COVID-19.

If noteholders agree to this latest exchange offer, Perelman and her teams would have more time to attempt a turnaround before the next debt maturity looms, sources said.

The Evolution of the Latinx Beauty Shopper