PARIS — Is Mother Nature the next super influencer?

Rowse, an upstart beauty brand, is certainly harnessing the eco juggernaut with plant-based products, most of which are mixable at home, and compelling outdoor imagery.

“You can make your own recipes for your face, hair, nails, toes and body,” said Salord, who formerly worked at a venture capital fund, Groupe Clarins and L’Oréal. “We also launched — and that was requested by our community — soaps and solid shampoos.”

Influencer brands are a rising phenomenon in the beauty space and are garnering a lot of interest — most recently, in mid-November, when Coty Inc. purchased a majority stake in Kylie Jenner’s cosmetics business for $600 million.

Natural skin care and DIY cosmetics are hot categories in the market today, too.

Salord had been curious to see how fast a community and new brand could be created based on an influencer’s community. The executive also long harbored a passion for plants and beauty.

Ditto for Val, a multihyphenate (with artist and content creator on her résumé, as well) with 274,000 followers for her Instagram feed with mesmerizing outdoor photographs. 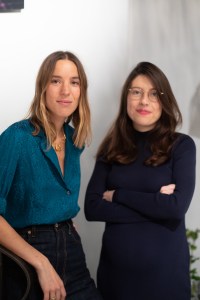 “When you look at her Instagram, it’s raw, not perfect,” said Salord. Rowse’s ingredients — raw and sustainable — are in sync.

In August, the brand — which now has 25 products — introduced mono-ingredients, including cold-pressed plant oils, floral waters, clays, plant powders and essential oils, which can be used individually or combined at home following Rowse’s suggested recipes developed by a former pharmacist or those concocted by one’s self.

Products with finished formulations include the Winter Body Oil, two soaps and one shampoo bar. Everything is made in Spain, including handmade ceramic bowls and soap dishes.

Rowse is meant to channel mindfulness of oneself and the world. It’s got 12,300 Instagram followers and an engagement rate of about 7 percent.

Each month since August, the brand has registered 100 orders with an average value of 50 euros, meaning people are buying about three to four products that range in price from 13 euros to 21 euros. 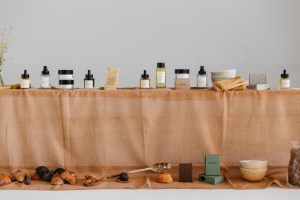 “You can have a premium brand without being that expensive,” said Salord.

Rowse works with a Spanish laboratory that’s artisanal and fast, so the time between the  creation and shipment of a product can be four to eight weeks. “That allows us to be very flexible about what we want to try,” said Salord.

Today, batches produced for Rowse are small, but may be ramped up to 5,000 units manufactured daily.

Collaborations are upcoming. “Creativity is at the core of our brand, so it’s a way to reinvent ourselves every couple of months,” said Salord.

For a Christmas pop-up event in Barcelona, for instance, Rowse has worked with a local jeweler who makes tiny ant creations out of organic gold, which can be worn as earrings or on necklaces. Then for spring, Rowse teamed with espadrille-maker Castañer on a naturally tinted oil for legs.

Rowse is testing clean makeup, such as a red lipstick made of natural pigments, and plans to launch its first perfume formulated with essential oils in 2020.

“We don’t want to have 100 references of stuff you don’t need,” said Salord. “What we have been telling our community so far is ‘let us help you de-clutter your bathroom [cabinet] and just have the essentials.’”

She believes many brands make the mistake of “pushing things top-down. That doesn’t work anymore. You have to collaborate, co-design with your community — especially when you’re lucky, as we are, to have people who are so creative and engaged.”

Rowse refers to its first 10,000 fans as “ambassadors,” and the follower base is growing by 15 percent a month organically.

The brand has invested in no paid marketing. “It doesn’t make any sense when you’re this small, because you’re competing against the giants,” said Salord. “The little money that we have we’re putting into the right people to understand the customers’ journey.”

Today, Rowse is financially independent. Joël Palix, an industry expert who recently served as chief executive officer of Feelunique, was brought in as a strategic investor and now serves on Rowse’s board. The brand got a bank loan this summer to bootstrap until April, when Rowse will open a first round of funding.

Its team works out of Madrid, Barcelona, Paris and London. Rowse’s key markets are Spain, the U.K., France and the U.S.

Whether the brand will remain solely digital or court brick-and-mortar retailers remains an open question. Salord considers logistics to be the biggest challenge to date.

Among her and Val’s dreams is to integrate Rowse’s entire chain, including its own farms that would grow ingredients and help the producers. “It’s very important to us to give back to the community,” said Salord.

Another hope is to have a flagship in the form of a farm-hotel-restaurant near Barcelona or in southern Europe, where people could live the full Rowse experience.

Val’s online community was the starting point for the brand. “It was definitely an opportunity for us to have already a community of people that trust her,” said Salord. “Rowse has to outgrow that.”