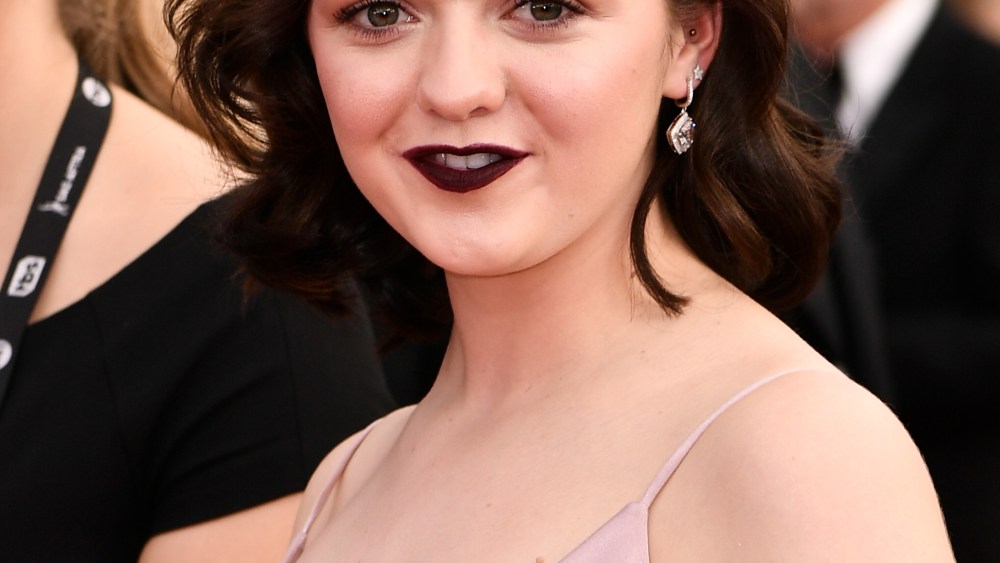 Actresses may not be making many shocking beauty statements on the red carpet, but the SAG Awards showed they are willing to test the boundaries at times. Whether it was tresses pleated in unusual textures or blush-rimmed eyes, the hair and makeup looks gave red-carpet observers plenty to buzz about.

The standard smoky eye had an unusual rival for red-carpet dominance in pink-flecked lids. Sophia Bush’s eyes were framed in an almost neon pink to match her gown, while Emily Blunt’s makeup artist Jenn Streicher working for Laura Mercier opted for heightened color on the actresses’ lids to accent her nude Roberto Cavalli number. “I gave her a ‘bronze [smoky] eye,’ incorporating subtle red and pink hues, to give her look a little edge. We wanted her to look modern and chic,” she explained.

The red carpet is not named after red lipstick, but it might as well be given all the crimson lips that have paraded down it. Sofia Vergara, Jurnee Smollett-Bell and Sophie Turner are among those who stuck to the staple shade at the SAG Awards. However, deeper tones emerged on the likes of Taryn Manning, Maisie Williams, Busy Philipps and Kate Hudson. On Williams’ pout, makeup artist Kindra Mann went dark with Lorac’s Pro Liquid Lipstick in black cherry and Alter Ego Lip Liner from the brand in the burgundy tone Dominatrix. “We knew we wanted to have a romantic glamorous look with a very simple eye and let the bold deep berry lip be the focal point,” she said.

Several SAG Awards attendees let their hair texture do much of the talking on the red carpet. Kate Mara sported a swipe of patterned locks that dove across her forehead. Kathryn Hahn and Rashida Jones greeted SAG Awards watchers with plenty of ruffled waves, and Bush gave a subtle hint of texture with the locks that surrounded her face. Actresses sticking to more classic Hollywood coiled hair included Williams and Ariel Winter.

Apparently, actresses have a thing for a side helping of hair. Whether up or down, the hair flanked the face either on the right or the left, such as with Sarah Paulson, Emma Stone, Amanda Peet, Salma Hayek, Amy Adams and Taraji P. Henson. Henson offered added interest by shaving the hair above one ear, and Adams’ hairstylist Laini Reeves sprayed and smoothed the actress’ hair with MarulaOil products for a braided updo with a side divide. Kerry Washington might not be politically centrist, but her long, straight hair parted in the center à la Kim Kardashian’s latest hair looks was a contrast to those actresses choosing hair on the side.

Julia Louis-Dreyfus stuck to the middle road, too, for her hair, but she added a flip at the bottom for extra attitude. It turns out that flip had special meaning. Hairstylist Matthew Monson, partnering with Schwarzkopf Professional for the SAG Awards, called the style an ode to the late Mary Tyler Moore.