"It’s pretty much a full shutdown in most states."

Many states have mandated the closure of salons, spas and service-oriented beauty businesses.

Beauty services in the U.S. are grinding to a halt.

As more states follow California and New York with government-mandated orders for people to stay at home and for nonessential businesses to close in efforts to curb the coronavirus pandemic, spas and salons across the country are sitting empty.

“It’s pretty much a full shutdown in most states,” said Edwin Neill, chief executive officer of Neill Corporation, an independent distributor of Aveda in seven Southern states, including Texas, Louisiana and Tennessee. “Our professionals are sitting at home, waiting for this to be over.”

For salon and spa owners, the closures represent weeks — potentially months — of lost revenue, from which many may struggle to recover, if they are able to at all.

“It’s going to be a bit of a cascading effect — big corporate salons will survive, but it will be independents that feel the pressure,” said Stephanie Wissink, managing director at Jefferies. “We’re talking about a quarter of the year going away.”

In New York, where personal-care businesses were ordered to officially shutter Sunday night, independent salons and spas are already feeling the economic strain.

Upscale nail salon Tenoverten, which operates six locations across New York, Los Angeles and Austin, on March 20 sent an e-mail to customers that it had to lay off its salon employees. Cofounder Nadine Abramcyk set up a GoFundMe page to support her former staff, raising about $26,500 in four days.

Glowbar, a fast facial studio in Tribeca that was set to expand in April with a second location on the Upper East Side, sent out a similar e-mail to customers on March 21, saying that the company’s 20 studio staffers had been let go. The company’s cofounders listed three ways to help employees, including a GoFundMe page, as well as through e-gift card purchases for future use, and product through Glowbar’s web site.

Celebrity hair colorist Rita Hazan, who operates a 31-chair Fifth Avenue hair salon, was feeling optimistic about the shutdown, as long as it doesn’t continue to drag on.

“Once we’re open again, it’s going to stay super busy because everyone is going to want an appointment,” she said. “I don’t know if you can make up what you lost, but I’ve been telling my technicians that when people are ready to leave their homes, they’ll be busy and making money… [clients] aren’t going to experiment and try someone new.” 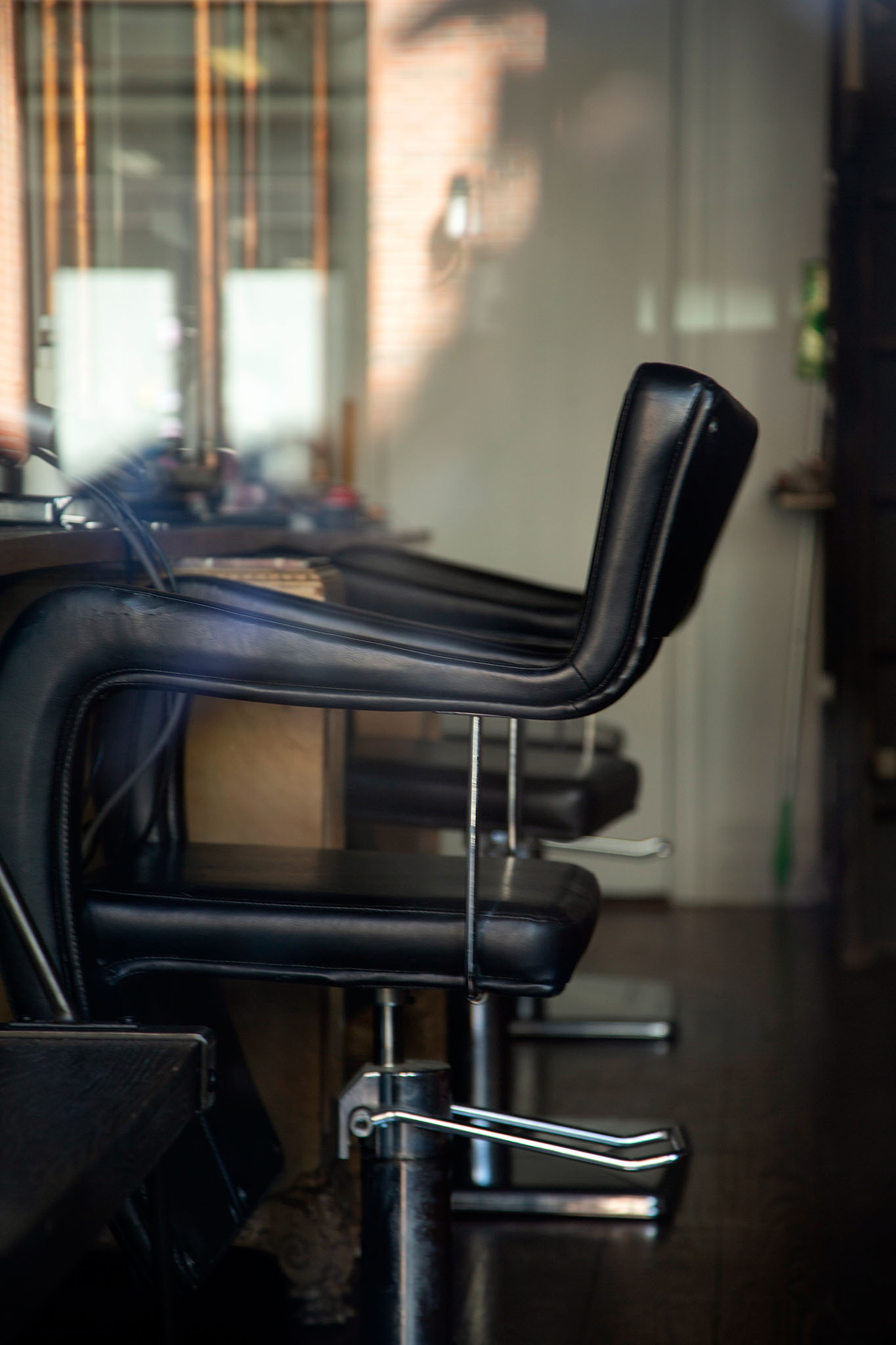 Many states have mandated the closure of salons, spas and service-oriented beauty businesses.  Lexie Moreland/WWD

Hazan, who has about 50 to 60 people on payroll, including stylists, colorists, receptionists, housekeeping and assistants, is continuing to compensate her staff for as long as she can. “I’m waiting to hear from my accountant to see how we’re going to approach it, but I would like to compensate and take care of people as best I can — a lot of them have been very loyal to me for many years,” she said. “I just need to figure it out financially. We’re waiting for these bailouts, and we’re going to take advantage of whatever we can.”

A $2 trillion stimulus bill, with $350 billion allocated for small business loans, was approved this week by the Senate.

Despite government aid, Neill is already planning ahead for the salons in his network to be experiencing financial woes. “We’re instructing them not to pay us in April, because they can’t do that and afford to open up again,” he said. “A lot of salons won’t be paying rent in April, or they’ll have to lay off or furlough [employees].”

Neill said he expects the higher-end salons and lower-end chains to be better positioned to weather an economic crisis.

Sofie Pavitt, an aesthetician with a two-year-old Lower East Side skin studio, has a cult following on Instagram and was doing 15 facials a day, seven days a week between herself and two employees before the coronavirus crisis hit the U.S. Facials at Pavitt’s studio start at $140. The business has been shuttered for almost two weeks, after Pavitt decided to preemptively close as a safety measure.

Pavitt has kept her two employees on staff, but isn’t able to pay them for now. She’s pivoted the business to virtual consultations, which run for $100. “I work with a lot of clients with acne and problem skin concerns, and we have all the stock from my studio at home. So it’s easy for me to pivot to online consults.”

Pavitt said a typical hour-long consult involves a discussion about the clients’ current lifestyle habits, along with product recommendations and a plan for an at-home regimen. She’s also keeping her community engaged with free group facials on Instagram, every Sunday at 6 p.m.

For professional brands that count salons and spas as a key distribution channel, loss of revenue is a very real prospect as well.

“When a chain of distribution is shut, you can pretty much assume [that] business is not there anymore,” said Aurelian Lis, ceo of Dermalogica, which sells skin care to 22,000 salons globally. The brand’s professional skin-care products comprise about 50 percent of the business, said Lis, which was up double-digits before COVID-19 began to spread.

Online product sales are one way to keep business going through the shutdowns.

Finger was initially nervous about R+Co, the biggest brand in his portfolio, which distributes primarily through salons, but has been pleasantly surprised by how online business has picked up while brick-and-mortar locations are closed. “[The salon channel] is getting pummeled,” said Finger. “But we’re finding a big uptick on direct-to-consumer and Amazon.”

Finger said products like R+Co’s root touch-up sprays, are experiencing explosive growth. He is already trying to cascade the technology into other brands in his portfolio, such as IGK, and is planning to focus the next several months of product development on home hair color.

Many businesses are pivoting to digital efforts to both ignite sales and keep engagement up.

Dermalogica organized a webinar open to all aestheticians, and is offering a vast array of resources to spa owners that sell its products, from a script for virtual consultations to a draft of a letter, approved by a lawyer, requesting an extension from landlords on paying rent.

Some wonder if the weeks and months that consumers are spending at home will impact the way they shop the beauty category, not to mention how they go about daily life in the future.

“She’s at home [right now] in her jammies all day, probably not getting up in the morning and showering and putting on makeup and her best dress and going to work,” said Wissink. “We were already trending towards less [makeup] — are we going to go less is less?”

Hazan, who spent the first day after she shut down her salon mixing at-home color-kits to send to longtime clients, and fielding anxious DM’s for those who couldn’t get last-minute appointments, doesn’t think so.

“When we’re open again, everyone is going to want an appointment right away,” she said. “Especially if you have gray hair.”