Sephora’s Big Goal: No. 1 in Every Market

Growth drivers at the perfumery chain include innovative and exclusive products, a focus on service and the implementation of digital tools in store. 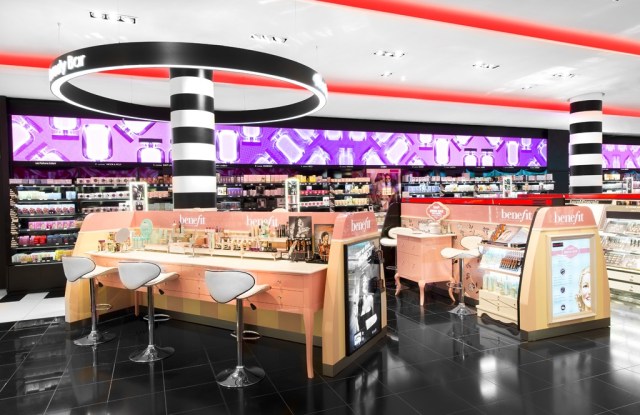 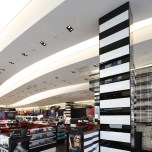 “Our dream is to be the leader in each country of the world,” said Christopher de Lapuente, chief executive officer of the perfumery chain, addressing a clutch of journalists here earlier this week.

And it looks likely the dream may not be far from reality.

Already, according to industry sources, the LVMH Moët Hennessy Louis Vuitton-owned retailer commands the pole position in markets such as France, Poland, the Czech Republic and the Balkans. However, it is still pursuing the number-one position in countries such as Italy, where Sephora places second, and Russia and Canada, where it is third.

Its growth drivers include innovative and exclusive products, a focus on service and the in-store implementation of digital tools.

“We will continue with our strategy to be global, to open countries in an intelligent manner and always invest in our key [markets] — France and the U.S.,” continued de Lapuente, speaking to reporters at Sephora for the first time in his three-and-a-half years.

Observers suggest other emphases are important, as well.

“For Sephora to become the largest global retailer of beauty products, it will have to devise a successful business model in Brazil, the world’s fastest-growing beauty market,” said Consumer Edge Research analyst Javier Escalante. “This would require a change in

taxation as, currently, Sephora Brazil’s retail prices are two to three times higher than those in New York or Paris, and the concept is at a disadvantage against travel retailing.

“In addition, Ulta in the U.S. is gaining share within Sephora’s core demographics: women aged 18 to 24 and in households earning over $100,000,” he continued.

Today, Sephora’s largest market is the U.S., where the company generates about 40 percent of its total global sales, industry sources estimated, and ranks second behind Macy’s.

Market sources also estimated that, in 2013, the retailer generated overall retail revenues of 4.4 billion euros, or $5.84 billion at average exchange, for the year.

In the U.S., the retailer has 320 wholly owned stores and almost 500 locations through its venture with J.C. Penney Co. Inc.

“It’s a country with a lot of potential,” said de Lapuente, who added that Sephora’s domestic dot-com business is strong. France is the second-largest market for the chain, followed by China and Russia.

Italy, the Middle East and Canada each ring up about 5 percent of Sephora’s sales, according to estimates.

For many years, the retailer — with more than 2,000 stores and 30,000 employees in 31 countries — has been generating double-digit growth worldwide, industry sources said.

“Between 2000 and 2013, we multiplied our sales by five times,” said de Lapuente, who noted that this growth was not simply due to the opening of countries but because of key existing markets, too.

Sephora’s objective is to gain, on average, 10 percent annually during the next five years. It seems to be on track.

In a note released on Wednesday, after LVMH published its revenue figures, Citi analysts Thomas Chauvet and Mauro Baragiola wrote that Sephora registered estimated third-quarter sales growth in the low teens. They explained that it “was, once again, driven by retail network expansion, online sales and strong momentum in North America.” In fact, on a like-for-like basis, North America rose an estimated 14 percent; China, 7 to 8 percent; and the Middle East, 20 percent. The bank calculated that Europe was flat.

Concerning the first nine months of the year, LVMH said, “Sephora continued to gain market share in key regions. Comparable-store revenue growth was particularly strong in the United States and the Middle East….Online sales are rapidly increasing in all regions, confirming its leadership in the digital and mobile space.”

Every year, the retailer opens about 100 doors worldwide. It is set to debut in Australia in December, while Indonesia was started up a few weeks ago.

“We will continue our investment strategy,” said de Lapuente, explaining that, once Sephora has struck the right business model, it invests heavily.

Since de Lapuente’s arrival, the retailer has entered markets including Brazil, Mexico, parts of Scandinavia, Thailand and Malaysia. Among the large countries where Sephora is absent today are Japan, Germany, the U.K. and Korea.

“It is not a question that the emerging markets will bring growth — most of the growth will come from mature countries,” said de Lapuente. “There is still a lot more we can do in the key markets, but openings are progressing well. Asia — I think it will be enormous. One day, Asia will be bigger than France [and] the U.S. It is a question of time.”

Helping to bolster Sephora’s business globally is its private-label brand, which generates 15 to 20 percent of overall sales, according to industry sources. It’s created by Kendo, a Sephora division that develops exclusive and proprietary cosmetics, fragrance and beauty accessories for labels including Formula X, Marc Jacobs color cosmetics, Ole Henriksen and Kat Von D.

The retailer, de Lapuente said, is careful to carry a mix that comprises the Sephora brand, selective products and exclusives.

“We want to have the best selection,” he said, adding that the major concern is to maintain a strong product pipeline.

De Lapuente believes that having the right products — in terms of choice, quality-to-price ratio and innovation — is paramount. Two years ago, there was a consumer focus on nail polishes, and now it’s on facial skin-care masks and lipstick, he said.

“The devices trend is starting to grow a lot,” explained de Lapuente.

Another emphasis is on stores, on openings as well as renovations, including augmenting services, such as beauty studios, nail stations, skin studios and beauty classes.

Sephora is meant to be a destination for gifts, too. As such, a large space in the Sephora Paris flagship has been labeled La Gift Factory, where any item can be wrapped in a range of brightly colored paper.

Loyalty programs, such as the retailer’s White, Black and Gold cards, already have more than 60 million clients and are expected to boast 100 million in upcoming years, according to industry sources.

Sephora’s aim “is to have the most sophisticated database in the beauty world,” said de Lapuente, explaining that the information helps the company not only to know its clients well but also to pinpoint product trends.

Training is another prime focal point for Sephora, which has its own “universities” for instructing staff.

Beauty to Go, comprising small items placed near the cash registers, are important strategically. In the U.S., there are about 200 such products available, while France has approximately 60.

“We are going to triple our number of references of these products, and, next year, the entire channel will have it,” said Marie-Christine Marchives, managing director of Sephora France.

In its home market, where Sephora has 320 doors, the retailer has ranked first for some years. Ten doors are being opened and about 20 are being renovated there each year, on average.

According to The NPD Group Inc., year-to-date, Sephora commands 30.5 percent of the French market, up 0.4 percentage points since January. Nocibé and Douglas, combined, claim 24.7 percent, and Marionnaud has 21 percent.

That share was chalked up despite a Court of Cassation’s September 2013 ruling and late September 2014 confirmation — in a case originally brought by a Paris retail trade union — that Sephora’s Avenue des Champs-Élysées flagship must now close daily at 9 p.m. In the past, the unit had been allowed to stay open until midnight during the week and until 1 a.m. on the weekend, with 20 percent of its sales rung up after 9 p.m.

Industry sources observed that, in Sephora’s French doors for the year to date, skin-care and color-cosmetics sales were on the rise, while fragrance revenues were flat. By contrast, in France’s selective market, makeup was up, fragrance was fairly flat, and skin care was down, according to NPD Group.

The Sephora Champs-Élysées location serves as the retailer’s worldwide flagship. About 50 percent of its visitors — approximately four million in 2013 — are from outside France, market sources said.

“It is the most emblematic,” said de Lapuente, noting that the unit, which measures about 14,440 square feet, undergoes yearly upgrades.

Most recently, there was work done on the merchandising, including new gondolas to display Sephora products such as Kiss Me Balm. Services were expanded and include, for example, a larger Benefit Cosmetics brow bar and an extensive makeup bar. For clients who hold Sephora’s Gold card or have purchased products worth 1,500 euros, or $1,910, or more, a VIP lounge is available.

Some of the store’s exclusive products include large, 900-ml. to 1.3-liter bottles of fragrance, catering particularly to Middle Eastern consumers. There are also some private fragrance collections from houses such as Tom Ford and Armani Privé.

Digital interplay is key to Sephora. In the Paris flagship, mobile payment devices are available. Using iPod Touches, beauty consultants can tap into the My Sephora application, allowing access to a consumer’s latest purchases and product preferences.

“We are digitalizing enormously,” said Marchives, the French managing director.

In just one example of many, customers at the flagship can virtually test out nail polish while following an on-screen tutorial.

“A dream is that all countries will have a really omnichannel offer,” which would allow consumers access at any time, anywhere and on any device, said de Lapuente.

Referring to how Sephora is a French company that’s becoming increasingly global, de Lapuente said, “Each year, we are much more balanced in the world.” He added, “We are starting to have a third pillar, which is Asia. Sephora is the only [retailer] to have this presence in beauty.”