Who's buying what in the land of big hair — and why. 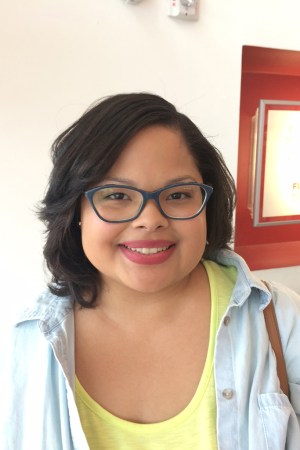 Who’s buying what in the land of big hair—and why.

JoJo Weinstein has only just finished ninth grade, but she is startlingly knowledgeable about makeup. “I contour daily,” she says, noting that NYX Sunkissed powder is great for quick color. Today, the 15-year-old- has 20 products in her bag as she stocks up for nine weeks of summer theater camp in upstate New York. “I was out of a lot of stuff,” JoJo says, “so we’re making our Ulta run like we do every few months.” “It’s like going to the grocery store,” adds her mother, Christi. “We make a list.” JoJo says that Acacia Brinley, one of her makeup idols on YouTube, recommended most of the items she chose, then explains why she wanted each of them. “This is for undereye puffiness,” JoJo says of Benefit’s Puff Off! “It’s like a little iron—how cute is that?” “You’re 15. You don’t have puffs,” her mother counters. Still, they buy it. In the end, only Anastasia Beverly Hills Lash Genius Waterproof Topcoat was cut, and that was because Christi had an extra at home.

After getting her hair styled at the salon in J.C. Penney, Lily Reffitt, 25, headed into Sephora on the hunt for foundation and a new primer. “I came for the Amazonian Clay foundation,” says the stay-at-home mom. “I have sensitive skin so I wanted to try something natural, and I like a liquid foundation.” Impressed with the sales associate’s product knowledge, Reffitt also purchased Make Up For Ever’s Step 1 primer and HD powder as well as a Sephora brush. “They are really attentive to the customers here,” she says. Reffitt likes to explore YouTube videos and reviews on Sephora’s Web site to get ideas about new products. “Makeup makes me feel good about myself,” she says. “I don’t wear it a lot, but when I do I want the nicer brands.”