The international launch of PureOlogy begins on March 16. 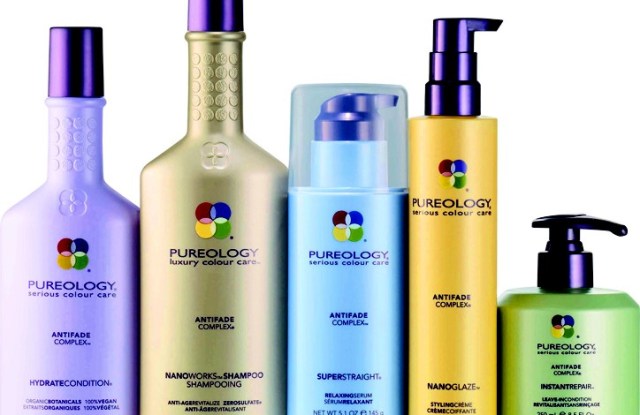 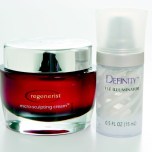 PUREOLOGY ROLLOUT: The international launch of PureOlogy begins on March 16. France will be the first market after the U.S. for the brand designed for color-treated hair that L’Oréal purchased in 2007. By yearend, PureOlogy should be available in at least 20 countries throughout Europe, Asia and the South Pacific. Mirroring its distribution strategy in the U.S., PureOlogy will be sold in the same doors as Redken internationally. Of PureOlogy’s seven hair care lines available in the U.S., three — Hydrate, Pure Volume and Essential Repair — will be sold internationally at the outset.

BLOOMIE’S SHAVE: Bloomingdale’s has partnered with the Art of Shaving to open a shop-in-shop concept by the men’s grooming brand at the retailer’s 59th Street flagship. The 200-square-foot, first-floor space is slated to open March 19. Plans call for the “barber spa” concept to offer shaving services and have two barber chairs, two shampoo sinks and two master barbers manning the space.

GOING GREEN: Tigi is launching its first eco-friendly hair care line, Love Peace & the Planet, due out in salons this May. The range, which industry sources estimate will generate $20 million in sales for the year, targets all hair types and contains natural and partially organic ingredients to address hair nourishment, moisture and protection. Love Peace & the Planet includes a moisturizing shampoo and conditioner, which will retail for $19.95, and a leave-in conditioner, retailing for $18.95. The six-item line also includes a texturizer and hair spray, which will retail for $22.95, and a volumizer retailing for $18.95.

OLAY AD: The U.K.’s Advertising Standards Authority has found a wrinkle in an ad shown here for Olay Regenerist. After receiving 46 complaints regarding T.V. spots for the antiaging cream, the watchdog ruled the ad, which featured beauty journalist Eve Cameron, must not be broadcast again in its current form. Upheld complaints included implied comparisons between the cream’s antiaging results and those of cosmetic injections, as well as insufficient evidence to support claims made about the antiaging effects of pentapeptides.

MARY KAY MOVE: Mary Kay Inc. has named Sheryl Adkins-Green vice president of brand development, a position that calls for her to lead the company’s global product strategy. Adkins-Green, who will work out of the company’s Dallas headquarters, will oversee the development of 10 different Mary Kay product lines. Prior to joining Mary Kay, Adkins-Green was general manager and vice president of Pro Line International, Alberto-Culver Co.’s multicultural beauty business unit.

PACKAGE PARTY: The Pratt Institute and Luxe Pack will celebrate the 20th anniversary of the Marc Rosen Scholarship for Graduate Package Design at its annual Art of Packaging Award dinner at the University Club on April 21. The black-tie affair will pay tribute to past honorees — including industry brass from Avon, Estée Lauder, Clinique and Lancôme. Proceeds from the party are expected to generate more than $300,000 for the Marc Rosen Scholarship, which funds four annual merit-based scholarships to Pratt for fragrance packaging design. “It’s very emotional for me to have this evening,” said packaging designer Rosen, who noted that the yearly dinners have raised $1.5 million since their inception 14 years ago.

NEW SCRUB: The name of a new facial skin care item from Men’s grooming brand Billy Jealousy, called Liquid Sand, may conjure up thoughts of the beach or even quicksand — but the item is simply an alpha-hydroxy-acid-infused facial scrub. And rather than using sand as an exfoliating agent, the quirky brand uses soft grains of polyethylene in the product. Liquid Sand, which comes in an 8-oz. tube for $24, also employs sunflower as a moisturizer and morus nigra leaf extract as an antioxidant. Aside from its own web site, the Billy Jealousy brand is available at Sephora, Bloomingdale’s, Nordstrom and Barneys New York.

AVON CALLING: Avon chairman and CEO Andrea Jung joined global ambassador Reese Witherspoon in Washington Tuesday to reveal the Women’s Empowerment Necklace, a new global fund-raising product from the direct sales giant, designed to raise awareness about global violence against women. Launched as a companion piece to Avon’s 2008 Women’s Empowerment Bracelet, which has so far raised $4 million, the necklace will be available in 45 Avon markets for $5, starting this month. “I am confident that this new Empowerment Necklace will raise many millions more to help save lives worldwide,” said Witherspoon.