While the toll on South Korea’s economy of the COVID-19 outbreak is still unfolding, the beauty sector is likely to feel the pain most acutely through the loss of duty-free business.

“South Korea is the largest duty-free market and we originally forecast that it would lose $5.5 billion [because of the virus outbreak],” said Suresh Sunkara, retail analyst at GlobalData, “so sales of $16.9 billion rather than $22.4 billion in 2020, and a fall of 11 percent on 2019.

“But as the virus has taken a much stronger hold on South Korea since we did this forecast in mid-February. it is likely to be even worse. Our assumption was that the spread of the virus would start to diminish by midyear but this is in doubt now,” Sunkara said.

Coronavirus cases in South Korea climbed to more than 6,000 on Thursday as the country struggled to contain the biggest outbreak of COVID-19 outside of China, with most new virus infections centered around the southeastern city of Daegu.

Like China and Italy, dozens of large events have been canceled, and the majority of companies are taking on flexible work arrangements. Meanwhile, schools across the country are to remain closed until at least March 23, three weeks later than usual.

South Korea ranked as the second most-popular international travel destination for Chinese tourists after Japan, according to UnionPay International, and Chinese nationals provide the largest source of foreign tourists to South Korea.

Jeju Island, located in the south of the country, typically figures as a favorite stop for parallel traders due to it being only a 90-minute flight from Shanghai, but the region cut off its visa-free entry program for Chinese nationals in early February and along with it an import channel for the flow of gray market goods into China.

That led Lotte Duty Free and The Shilla Duty Free to close its Jeju stores soon after. Since then, with the outbreak still expanding rapidly, nearly 100 countries — including China — ban or limit travel from South Korea.

“The crisis will force major duty-free operators in the region such as Shilla, Lotte, Shinsegae and China Duty-Free Group to reevaluate strategies and identify other consumer groups and markets to help offset a weakening in revenue,” Sunkara continued. “Luxury brands and cosmetics operators in major duty-free markets will be the biggest losers given their reliance on high-spending Chinese consumers, highlighting how overexposed the duty-free channel is to one key purchaser group.”

There is a silver lining. Given that much of the duty-free market in South Korea relies on Chinese parallel traders, once travel restrictions are lifted, sales in the channel are expected to rebound much faster than they would for ordinary retail.

But many companies were trying to keep the business disruptions to a minimum. Hanwha’s new luxury department store Galleria Gwanggyo, just south of Seoul, pressed ahead with its opening this week. The flashy OMA-designed structure is the biggest department store for the company — 785,000 square feet spread over 12 floors. Management said it would implement heightened hourly disinfecting measures to safeguard against the coronavirus. 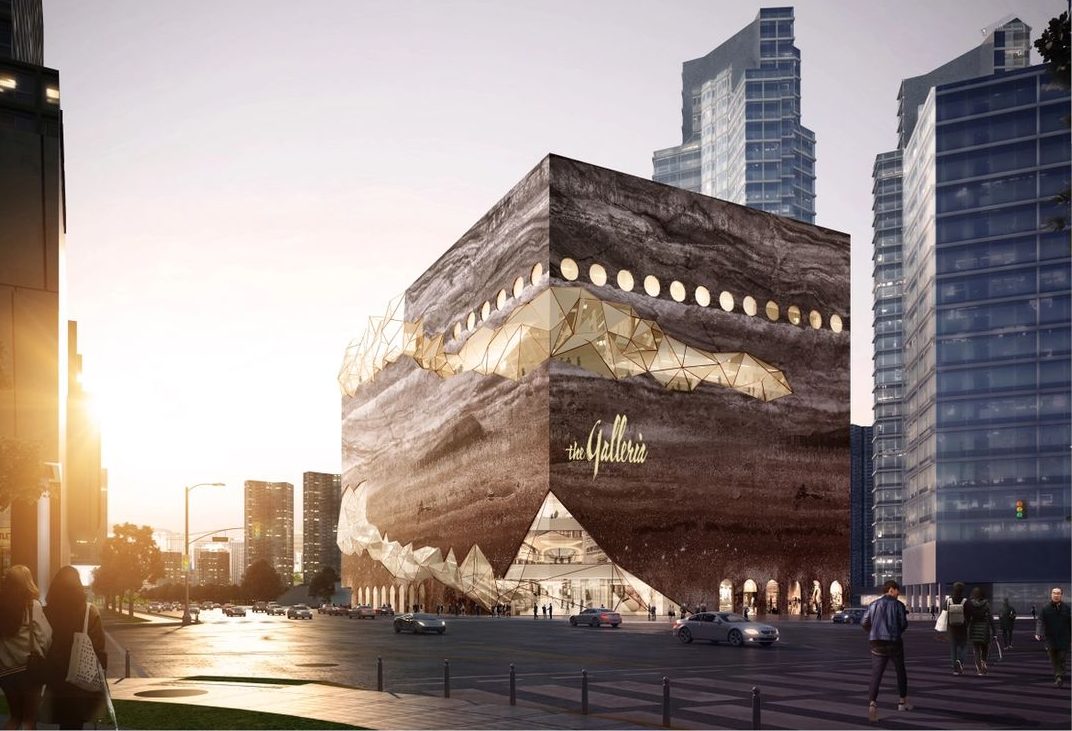 “Korea’s economy is being hit from two fronts, one demand, and the other supply,” Iris Pang, greater China economist for ING. “On demand, the biggest impact is on the Daegu region, around the epicenter of most of the infections so far, where a combination of lockdown, and quarantine limits economic activity of any sort.”

“In the broader economy, there will be some impacts as people forego various types of consumer service activity – general retail, food and beverages, hospitality, transport and tourism.”

Pang also added: “On one hand, Korea is one of the biggest destinations for Chinese tourists of any country in the world, but its tourism industry is relatively small as a proportion of the whole economy, and also, China was also a big destination for Korean tourists, who will no longer be traveling there either. So there is some netting out on the tourism side.”