NEW YORK — Beauty is in the process of finding out if the stars are in alignment — at retail, that is.

The first wave of this season’s new celebrity fragrances and multimillion-dollar star-powered ad campaigns are... 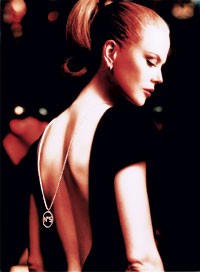 NEW YORK — Beauty is in the process of finding out if the stars are in alignment — at retail, that is.

The first wave of this season’s new celebrity fragrances and multimillion-dollar star-powered ad campaigns are hitting the market now, as are several long-awaited designer offerings. And if early indications are any barometer, the news is hopeful, say top North American beauty retailers.

As a whole, the fragrance category in U.S. department stores rose 1 percent in dollar sales for the first half of the year, reaching a total volume of $1.05 billion, according to NPD Beauty, a division of The NPD Group, a market information company. That’s compared with a 4 percent slide in the first half of 2003.

But while things may be improving in single-unit sales, sets aren’t necessarily the blockbusters they once were. In the first half of 2004, sales volume of purchase-with-purchase sets decreased 3 percent to $25 million, the firm added.

Still, many retailers are optimistic — despite hurricanes, earthquakes and even pending volcanic eruptions. Thia Breen, executive vice president of cosmetics for the Federated Merchandising Division, is bullish on the current market trends, noting that they bode well for the fourth quarter of this year. Although the hurricanes in Florida — all of which took place over weekends, Breen wryly observed — didn’t help Florida business, sales were strong elsewhere in the U.S.

“With all of the launch activity, we’ve seen an increase in business and in the velocity of the business,” Breen said. “Britney [Curious Britney Spears, the singer’s first scent] is just unbelievable — the business has been outstanding. Certainly her name has a tremendous pull, but it is on an adorable bottle with a great juice. It’s drawing consumers on a lot of levels. True Star [Beyoncé Knowles’ effort with Tommy Hilfiger Toiletries] has been a good fragrance for us; there is still a lot of marketing to come on that, too.”

Eternity Moment — the new Unilever Calvin Klein scent for which Scarlett Johansson is the face — is currently in Macy’s West and expanding elsewhere in the Federated chain, and is showing strong sales where it is, said Breen.

While the new Chanel/Nicole Kidman and Dior/Charlize Theron visuals are not yet throughout the Federated chain, Breen said she’s looking forward to further rollouts in her stores for both. “Nicole Kidman’s visuals and TV ads are unbelievable — she’s the perfect person to be the face of this classic scent. And the Charlize Theron campaign for Dior is stunning,” she said, adding that it will be “a great addition” to the Dior brand’s marketing.

Breen is especially looking forward to launching the Donald Trump fragrance in mid-November. Federated has an exclusive on the fragrance through early next year “He’s hot, the scent is great, the bottle looks like a Trump building and the Mario Testino ad of Donald and his fiancée is gorgeous,” said Breen. “We think it will do outstanding business, and are glad to be the first to have it.”

Other standouts in the men’s arena include Kenneth Cole Reaction; John Varvatos, which Federated has in limited distribution; Davidoff Cool Water Deep, and Beyond Paradise for Men from Estée Lauder. Hummer, the Riviera men’s entry, is rolling out now, with early reports noting that it is doing very well. On the women’s side, Lauren Style and Liz Claiborne Realities are both showing “outstanding” sales, and Breen is seeing good early results from Be Delicious from Donna Karan Cosmetics, which is rolling out now in the Federated chain.

For spring, Breen is looking forward to rolling out Armani Black Code — “Acqua di Gio has been so good for us that we’re always happy to have a new Armani scent,” she said — as well as women’s entries from Prada, Michael Kors, Jennifer Lopez and Max Mara.

“So many factors have influenced our cosmetics business over the past five or six weeks,” said Howard Kreitzman, vice president and divisional merchandise manager for beauty at Bloomingdale’s. “The shift of Labor Day on the calendar to a later date was not friendly to our business. Also, business has been disrupted significantly in Florida, due to the hurricanes; we’ve been open and not open quite a bit.

“Burberry Brit for Men has met and exceeded our expectations, and we have been very pleased with the performance of Marc Jacobs Blush. John Varvatos for Men is doing very well, as is Mugler’s B Men,” he added. Bloomingdale’s is readying a launch of the new Prada fragrance, which Kreitzman noted that the retailer has “very high hopes” for, and he is also bullish on Be Delicious, the new women’s scent from Donna Karan Cosmetics.

While star power is one of the fall’s most talked-about strategies, Bloomingdale’s took a stand more than a year ago not to get heavily into celebrity fragrances, said Kreitzman. “While we’ve seen some very interesting initiatives in that arena this year,” he said, “we haven’t gone down that road at all. We’re sticking more to the upscale, more limited-edition scents.”

Kreitzman is especially enthusiastic about Chanel’s beauty business, especially given the retailer’s recently installed Chanel boutique. “The business has been very good,” he said, adding that Bloomingdale’s was the first retailer to unveil an image at counter of Nicole Kidman. As reported, Chanel has also produced a video on the making of the Kidman-Baz Luhrmann commercial, which is being played at counter.

Kreitzman calls the pairing “gigantic,” adding, “my biggest issue with it is, how will they top it?”

“Nicole gives a brand like No.5 a credibility with a younger consumer,” said Kreitzman, adding that “every single thing is right with this campaign.”

Speaking of celebrity ad campaigns, Kreitzman calls Dior’s pairing with Charlize Theron “one piece of a very exciting strategy that Dior is embarking on.”

“In Asia and overseas, Chanel and Dior are often the two top brands,” said Kreitzman. “While Dior’s accessory and apparel businesses are strong in the U.S., their cosmetics business is relatively small. That being said, our business with Dior’s cosmetics is great, but they’ve got a plan in place that I think will make it a much bigger player in the U.S.”

“This fall, we have launched YSL Cinema and Prada,” said Kate Oldham, vice president and divisional merchandise manager for fragrances and cosmetic accessories at Saks Fifth Avenue. “These are powerful names. Based on the initial response, we have great expectations. The relaunch of Panther from Cartier has also been terrific, and we expect it to be a great Christmas item.”

Oldham added that Saks is launching Burberry Brit Red on an exclusive basis at the end of October. “It is a wonderful new fragrance,” she noted, “and we anticipate it will be a great success.”

Oldham recounted the “continued strength” of the retailer’s “lifestyle fragrances,” including Bond No. 9, Creed, Penhaligon’s and Jo Malone. “These brands offer fragrances for all aspects of our customers’ lives,” Oldham noted. “That business is very dynamic and exciting.”

“For Christmas,” said Oldham, “we are dramatically reducing our sets as we focus on perfumes and personalized sets designed by Saks.”

“We are very pleased with the results,” she continued. “The scent is really a winner. It’s a beautiful Oriental fragrance with a lot of modernity to it. The Prada name is one that resonates with our customers.”

Gonzalez added that the retailer has “a great day-to-day” business with Jo Malone.

As the holiday season approaches, Gonzalez said, “We’re looking forward to it. We’ve seen tremendous growth in the treatment part of our business. We think it will continue throughout the fall season. It’s always been a strength over the past years.” Through the holiday period, skin care could even outpace the rest of the department, she noted.

Gonzalez attributed growth in treatment to the availability of “many high-quality, high-performance-benefit products.” She noted that, “Number one, there’s La Mer — that continues to be strong.” She also pointed to La Prairie, Sisley and Clé de Peau. “They have really been our standouts,” she said.

In September, Holt Renfrew launched YSL Cinema at its Bloor Street store in Toronto, and Shelley Rozenwald, senior vice president of cosmetics, skin care, fragrance and beauty services, noted, “It has exceeded expectations.” The retailer is also launching Max Mara, and “the initial response is very good,” she noted, with up to a 30 percent sell-through rate already, the bulk of which occurred during a pre-sell period.

Burberry’s Brit for Men, which Holt Renfrew launched in August, is “doing very well,” as is Donna Karan’s Be Delicious, which the retailer launched earlier this month. Among existing scents, Jo Malone is a “big” performer.

Holt Renfrew could experience double-digit increases on both the men’s and women’s sides of the business, compared with last fall. John Varvatos’ signature scent is doing “very well,” noted Rozenwald.

Jon Pollack, executive vice president and general merchandise manager at Belk, said, “It’s been a terrific launch season so far across the board. Ladies’ fragrances for the last five weeks have experienced double-digit increases, which is very exciting.

“It’s newness [in everything],” Pollack said, discussing what’s driving the business. He noted, “Celebrity newness is an extra added attraction but it’s not the whole story — a lot of the launches have been powerful and existing business has had lifts, notably [Donna Karan’s] Cashmere Mist and Chanel. The whole Chanel franchise has been strong this fall, as has Givenchy’s Very Irresistible.” In addition, “we’re about to launch [Donna Karan’s] Be Delicious.

Existing scents have been driven, in part, by “outstanding” cooperative marketing efforts with vendors, Pollack noted. “We’ve done a lot to get scent out and that’s working,” he remarked, pointing to scented blow-ins and inserts in store publications and national magazines.

Pollack maintains that the women’s fragrance business could grow by a high-single-digit rate this fall, compared with this time last year. “We’re back in the game,” he said with tempered optimism.