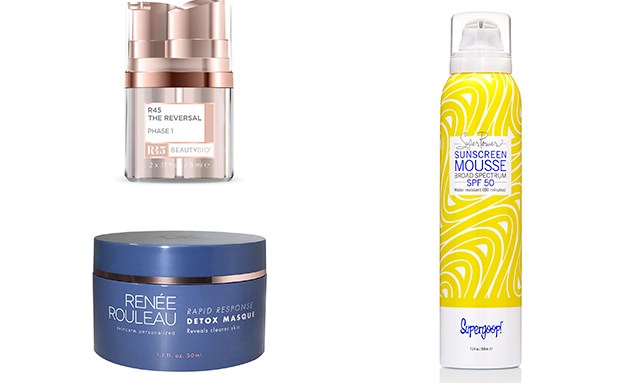 The hottest beauty brands are no longer coming out of New York or California.

Texas, fast becoming a hub for the beauty industry, is now a breeding ground for entrepreneurs building the next generation of skin care, color cosmetics, fragrance and hair-care brands.

Centrally located smack in the middle of the East and West coasts, some of today’s buzziest newcomers — including industry darling Drunk Elephant and cult beauty device GloPro, got their start and are headquartered in Texas. And they have no plans of moving.

The reasons are aplenty. Some Texans interviewed for this story cited the accessible location — you’re never more than three hours away from New York, San Francisco or Los Angles — as well as a booming economy and no state income taxes as to why starting a business in Texas has become so attractive. Others said it’s an influx of creative individuals (and a spike in population overall) heading to cities like Dallas, Houston, Austin or San Antonio, while some entrepreneurs maintained that living outside traditional beauty and fashion epicenters has allowed them to foster fresh ideas and approach business differently than their counterparts in New York or Los Angeles. Also, there is just a hell of a lot more space.

Fifty-four-year-old direct-selling company Mary Kay was founded and is still headquartered Dallas, as was Renée Rouleau Skin Care, started by aesthetician Renée Rouleau in 1992. And while its origins might be lesser-known, Skinceuticals was founded in Dallas too. The 23-year-old brand’s warehouse and customer service is still in Dallas but its headquarters moved to New York City after being acquired by L’Oréal in 2005.

The multibillion dollar Mary Kay remains the most notable in the space to get its start in the lone star state, but a slew of entrants from Supergoop and Sunday Riley to Verb and Phlur are making a mark in their respective categories.

“You can almost fully turnkey everything in Dallas — and there are very few cities in the country where you can fully turnkey a beauty brand. Everything is at your fingertips,” said Jamie O’Banion, cofounder and chief executive officer of skin-care brand Beauty Bioscience, the parent company of micro-needling tool GloPro.

In addition to being well set up for fulfillment, fillers and anything one might want in manufacturing, everything is very economically priced because of a surplus in land.

“You have a 100,000-square-foot warehouse facilities that you can tap into,” O’Banion said. “Think about that. It’s not like you’re on the island of Manhattan. One of your greatest resources is land. Your costs can be very efficient. We manufacture at our lab here and then instead of having to ship [product] to three states away to be filled and then having to ship it to another warehouse across the country [we do it all here]. This saves an enormous amount of time and money.”

The centralization of Beauty Bioscience’s operations — and the fact that O’Banion’s team can be agile and react quickly to market demand — is what she credits strong brand growth to. The company saw triple-digit growth in 2016 and is on track to see similar gains this year.

According to Nader Naeymi-Rad, cofounder of Indie Beauty Media Group, an economic boom taking place over the past 10 to 20 years has given way to an increased desire for beauty products in the region. This same boom also bred a flood of talent that allowed for Texans with the background, experience and confidence to start their own companies, he said he believes.

Growing concentrations of wealth and educated professionals, most notably in Austin and Dallas, have become incubators for a new generation of entrepreneurs in beauty and other sectors, which was evident during last week’s Indie Beauty Expo Dallas, which ran from May 9 to May 11.

“Unlike their predecessors who typically migrated to one of the coasts or pitched their ideas to a bigger company, [these] are more likely to remain in Texas and independently build their brands. They can stay and establish lucrative businesses due to access to a sizable and increasingly sophisticated local market as well as the state’s low taxes,” said Naeymi-Rad, citing Lisa Cohorn of Camille Coton and Alissa Bayer of milk+honey, Regina Merson of Reina Rebelde and Mariska Nicholson of Olive + M as examples.

Claire Moses, founding partner of hair-care range Verb — which started as a salon-only line in Austin, Tex. and expanded to Sephora in 2016 — said that even though the brand is based between Austin and New York City, she still goes to Texas to find new talent.

“We office out of New York now but I still go down to Austin to hire. Austin is so rooted in our core identity as a brand, so finding people that have lived there or are from helps us keep that alive in our New York office. Finding the right people there is easy, convincing them to come to New York is the hard part,” Moses said, adding that Texas remains the most diverse area to test product.

“I think there is some breakthrough thinking you can do not being from the regular beauty hubs of New York or L.A..” said Thaggard, whose seven-year-old company is based in the Pearl Building in San Antonio, Tex. (the brand has an additional office in New York City).

She admitted that when her line launched at Sephora in 2011 it was a “stretch” for the retailer because at the time, the landscape was focused on skin care, antiaging and doctor-driven brands. Supergoop, she explained, is a sun-care range that borrows properties from skin-care and makeup products, resulting in body oil, eye cream or setting mist that are delivered with broad spectrum SPF.

Thaggard added: “Because I wasn’t from the beauty industry and I wasn’t from New York I didn’t actually know how things were done before I did this. When I created this I didn’t have all the rules that I think most people in the industry think about when creating products.”