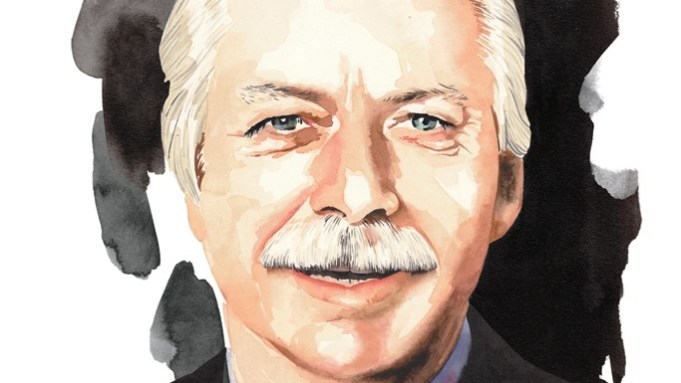 Is it a blessing? Or a curse? Or a door to rejuvenation?

These are the questions that have been swirling in the wake of the flood of alphabet creams—BB, CC, rapidly emerging DD and now triple-lettered versions—that have become ubiquitous, certainly over the last year. These multifunction creams have become beauty’s answer to the Swiss Army knife and have flooded into both the mass and prestige markets. The versatility of these face creams—or what QVC’s Claudia Lucas describes as a five-products-in-one multitasker—seems like a plus-sale for many marketers, one that can be added to a woman’s basic beauty regimen or work as a weekend substitute to tide her over while spending a couple days in the country. These products are also seen by some as a lure for new customers, the roughly 50 percent of women who do not wear foundation but still need an easier-to-use product to help them even out their skin tone. Karen Fondu, president of L’Oréal Paris USA, sums it up: “BB creams provide a new gesture that will add incremental sales to the category.”

It is a double-edged sword, however, as some executives fret privately that customers may get into the habit of using one BB or CC cream instead of four or five regular products. “BB and CC creams are negatively impacting face,” says one top retailer in the drugstore industry, speaking not for attribution.

While most executives seem to see more opportunity than peril, Wendy Liebmann, chief executive officer of WSL Strategic Retail, acknowledges that “a typical response from manufacturers is that this could absolutely cannibalize the existing product. The viewpoint I take is, if there’s a new opportunity out there—to either bring a new consumer in [or] to get an old consumer to buy another product [or] to identify something that will drive our business—we should stop thinking about cannibalization and say, ‘This is creating vitality in the category,’” she concludes.

Liebmann sees the issue as much larger. The industry has to focus on the consumer’s new unmet need and mine that opportunity, instead of clinging to every stockkeeping unit on the planogram. “From a shopper’s perspective, when I walk into a store for beauty products, whether it’s a department store, a specialty store or a mass outlet, there’s a lot of stuff, but not that much choice,” she says. “Clearly a lot of consumers in this country have said they are interested [in new products]. So that to me is a plus.”

But it’s not a done deal. “Right now we can see it going either way,” says Karen Grant, vice president and global beauty industry analyst at the NPD Group Inc. “The consumer is very happy to buy less product. We have to help her to see why this great product should be used in conjunction with other things.” Grant says it is still early enough in the market’s development for the industry to take a strong hand in shaping consumer perceptions. But things are moving quickly. BB and CC creams are popping up like dandelions after a warm summer rain. “It’s not just [from] big established brands or artist brands,” says Grant. “Everybody is dipping their toe into this water. Any consumer—no matter what brand you are affiliated with—can find a BB cream.”

Moreover, the notion of multiuse products is expanding exponentially. “We’re seeing it creep into other categories,” says Lucas, director of merchandising for beauty at QVC, noting Alterna has a CC cream for hair.

Amid all this talk of market expansion, there is little evidence of erosion. In the prestige market, Grant says that foundation and facial moisturizers showed sales growth for the 12 months ended in May, but tinted moisturizers—which many BB creams mimic—were down almost 3 percent. The alphabet cream category, resonating mostly with 18- to 44-year-olds, grew from less than $200,000 in early 2011 in prestige market sales to $13 million by May 2012 to $60 million for the 12 months ended in May 2013.

Grant adds that there is a strong ethnic component, especially among Asian Americans. In an NPD consumer study conducted last year, 52 percent of BB cream purchasers were nonwhite, compared to a usual ratio of 71 percent white for the general market. In addition, 25 percent of BB cream purchases were made by Asian-Americans, compared to the normal 5 percent. That audience tends to be less engaged in makeup, more attuned to skin care and require lighter coverage than foundation.

David Greenberg, president of Maybelline New York, Garnier and Essie at L’Oréal USA, sees both sides of the coin: the desire for smooth coverage and the need by others to treat and even out skin tone. “There are lots of people who will not give up that concept of perfection,” he says, noting that foundation sales have not eroded and are running 3 to 4 percent ahead this year. “I think that we’ll find out many people tried the BB creams and went back to foundations,” he says. On the other hand, there is a naturally growing segment of ethnic consumers of all stripes who may be more concerned about evenness of skin tone, he speculates, and may appreciate the easier-to-use BB creams with their lighter coverage and skin-care benefits.

Maybelline and Garnier were pioneers in the category and sales are “continuing to grow, continuing to deliver an important benefit that was missing,” Greenberg says, adding the brands are now segmenting products by skin type.

That was a point driven home by Ingrid Jackel, chief executive officer of Physicians Formula Inc. She compared this alphabet revolution with the ascendance of mineral makeup and before that, long-lasting lipstick. She maintains that the alphabet market is highly opportunistic right now, but that the only brands that will succeed in the long run will be those with a strong heritage in face makeup because the only method of achieving incremental growth is to win loyal customers by constantly offering new innovation and adding new product segments with a twist.

She predicts that the BB and CC creams will follow the well-worn cosmetics industry pattern of twisting and tweaking every generic product into a specialty item, such as BB cream for sensitive skin. “Who knows, you’ll have a CC cream that makes coffee in five years,” she jokes during a phone interview from Milan. “That fantastic, fabulous generalist is going to be specialized again to continue to grow.”

She concedes that brands with big foundation businesses will inevitably suffer some defections as users switch to BBs or CCs. “I firmly believe that more than cannibalizing,” she says, “it will rejuvenate the category, bring excitement and attract new consumers.” Jackel judges it “a small sacrifice and small price to pay compared to the excitement that this will bring.”