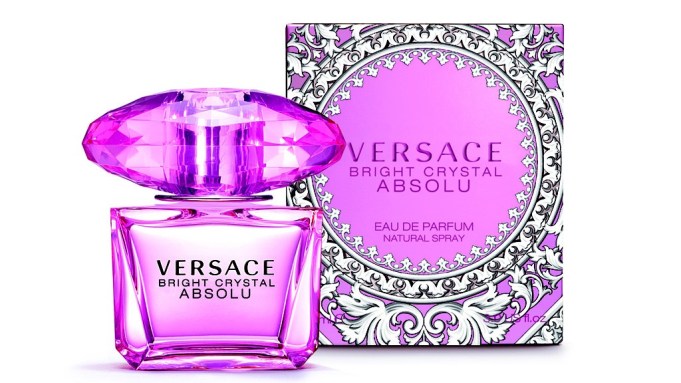 When it comes to high-quality products, Italy is known for everything from race cars to handcrafted leather shoes to extra-virgin olive oil.

But the country’s cosmetics industry, heavily concentrated in the north, is another area of excellence, although insiders say it suffers from the absence of a unified marketing strategy.

“Italian [cosmetics] companies are increasingly aware of the need to push Made in Italy as a concept; unfortunately, in the beauty sector, the concept isn’t driven by a plethora of famous brands the way it is in fashion, eyewear and footwear,” said Fabio Rossello, president of Cosmetica Italia, the Italian association of cosmetics companies. Last year, the organization underwent a name change, abandoning Unipro in favor of a moniker that underscored its nationality.

RELATED STORY: Fighting Against the Fakers in Italy >>

“The real value of the Italian cosmetics industry lies in the supply chain, recognized at an international level for its great investments in innovation and research, which allow us to be leaders in product safety,” Rossello continued, noting about 60 percent of makeup distributed worldwide is manufactured in Italy.

The beauty industry is about 1,000 companies strong here — Italy is the European Union’s top cosmetics manufacturer — and directly employs 35,000 people (54 percent women), according to Cosmetica Italia.

Rossello said that, on average, Italian cosmetics firms invest more than 6 percent of their annual turnover in research and innovation.

Consumers may be paying close attention to product origin when it comes to food and, increasingly, fashion, but that’s not always the case with beauty products, said Cinzia Baldelli, La Rinascente’s head of beauty, children’s wear and toys.

“I think consumers are much more attentive to the ingredients in [cosmetics] products,” she said. “We’ve noticed that customers are more and more informed and making specific requests concerning ingredients or components that they prefer, or prefer to avoid, in choosing the products of their personal beauty rituals.”

Baldelli said La Rinascente had noticed a “timid” move by some Italian beauty companies toward emphasizing product origin in packaging, but that this was far from the norm, and Rossello noted France and Germany are better equipped on the marketing front.

“It’s the particular attention to detail: customers view the Made in Italy label as a guarantee that you’re going to get a good product,” she said, citing fashion and design, wine, yachts and top-of-the-line cars as examples that resonate on a large scale.

If there is a marketing problem, she noted, it lies in the rampant individualism of Italian companies. This prevents them from uniting in a common strategy.

“The French are better at creating spin, and they’ve got more of an attitude of ‘we’re in this together’ — they’re good at creating all the trimmings to make things attractive; they make everything an event; they dress things up more,” Harvie-Watt Clavarino said. “Nobody knows how to give a party like the Italians, they just need to communicate more: It’s all about building the experience around a brand.”

Collistar has taken this philosophy to heart, trumpeting its Italian identity this year with an ad campaign called “Ti Amo Italia,” or “I Love You, Italy,” and featuring Sicilian model-actress Margareth Madè shot by Giampaolo Sgura, a rising star among Italian photographers.

The company has kept all stages of manufacturing in Italy from its founding in the early Eighties, but is now ratcheting up communication: In January, a special makeup collection created with Sardinian designer Antonio Marras hit shelves, with products including a Mille Baci (Thousand Kisses) lipstick series in which each shade was named for a different Italian city. Collistar also spruced up its cosmetics staples, such as a nourishing antiaging oil-milk and energetic antiaging cream by adding a range of natural ingredients harvested from around the peninsula — orange blossoms from Sicily, or red Aglianico grapes from the Tyrrhenian coast, for instance — and featuring them in colorful illustrations on the packaging.

Through these initiatives, Collistar aims to “highlight the Italian nature of the brand with pride,” said the firm’s ceo, Daniela Sacerdote, adding that such special projects were needed to maintain customer loyalty. She also said response from the firm’s foreign distributors had been especially favorable.

Giovanni Sgariboldi, president of Euroitalia, the company that produces fragrances for fashion brands Versace, Moschino and John Richmond, said while he was proud of his firm’s Italian heritage, he believes it is better appreciated outside national borders.

“For [foreigners], a product Made in Italy is synonymous with preciousness, quality, trustworthiness,” he said. “For Italian consumers, it’s a little different, unfortunately there’s less and less recognition for the value of national goods. There’s a tendency to make purchases following trends, without much awareness of how products were made.”

Sgariboldi said that in addition to recognition for their creativity and high level of artisan know-how, Italian cosmetics firms deserved credit for their efforts to be environmentally friendly. And while the focus on marketing product origin is not widespread, Sgariboldi said Italian beauty companies “are realizing that our true wealth lies in our Italian-ness, which feeds business as well as dreams.”

“Especially abroad, Italy is perceived as the country of elegance, beauty and living well,” she said, adding: “Attention to detail is a hallmark of Italian manufacturing, and these are elements that consumers — who are increasingly well-informed, and consequently more demanding — pay attention to.”

Diego Dalla Palma’s production plants are concentrated in northern Italy, Caivano said. She attributed the company’s double-digit growth last year to its successful expansion in the U.K., Eastern Europe, Russia, the United Arab Emirates and China, where the brand’s Italian name, playful-yet-elegant style and ties to the fashion industry — it was founded in the Seventies by a professional makeup artist in Milan — make good selling points.

“Made in Italy isn’t just about image and style, it’s also about quality of life,” said Davines and Comfort Zone president and chairman Davide Bollati. “With both [salon] brands, we strongly encourage people to embrace a dynamic, sustainable beauty concept for their mental and physical health.”

He added: “I don’t think pushing [product origin] is really the point, so much as working seriously and rigorously to maintain the credibility and recognition that we’ve inherited from Italy and that it’s our duty to respect, preserve and enrich.”

Bollati said Davines and Comfort Zone aim to represent “a discreet, harmonious elegance and attention to detail in the choice of materials and shapes, all of which enhance the artisanal image even of products created on an industrial scale.” The Davines’ More Inside line features individually hand-wrapped products, for instance.

Italian Fragrances, or ITF, which holds fragrance licenses for Italian luxury labels including Trussardi, Blumarine and Pomellato, has a philosophy of associating “with Italian brands that share our focus on Italian identity,” said marketing director Giorgia Martone, noting, for instance, that Blumarine founder and designer Anna Molinari is also a firm believer in supporting Italian industry and “this shared value is the foundation of our relationships with licensees.”

“In general, in our communication we underline our Italian identity as much as possible,” said Martone. “And it’s not just a question of where you decide to shoot an ad campaign, but everything that’s behind it….We seek out Italian creative excellence.” As examples, she cited the 2013 Trussardi scents My Land and My Name, which highlighted the fashion firm’s ties to Milan in campaigns featuring Tomaso Trussardi and Gaia Trussardi as models and bottle designs by Milanese architect Antonio Citterio.

“I think that right now, we Italians are starting to understand our potential and all that Italy represents to people in other countries. Even companies that had not made product origin a big selling point are starting to see the value in it, but we can and must do more,” Martone said.

“I think the whole Italian [cosmetics] manufacturing chain today is making more of a point to emphasize the high quality of our products,” he said, adding, “Certainly we could act as more of a team, placing greater value on all those elements that in such a difficult market give Italian products a competitive advantage.”

Bertinelli noted that Ferragamo Parfums, too, always develops its packaging and ad campaigns with a deliberately Italian flavor: the Signorina Eleganza fragrance campaign was shot in Sorrento, on the Amalfi coast, by Italian photographer Mario Sorrenti.

“Sectors such as wine and footwear, which are close to cosmetics in terms of turnover, have an export value of over 70 percent, whereas our industry is still under 30 percent,” he said. “Italian companies will have to choose between two paths: pursuing a strategy to create new brands, or developing policies that support the whole Italian supply chain, which still requires a great deal of complex planning. And that’s difficult in Italy, where there is still so much individualism.”