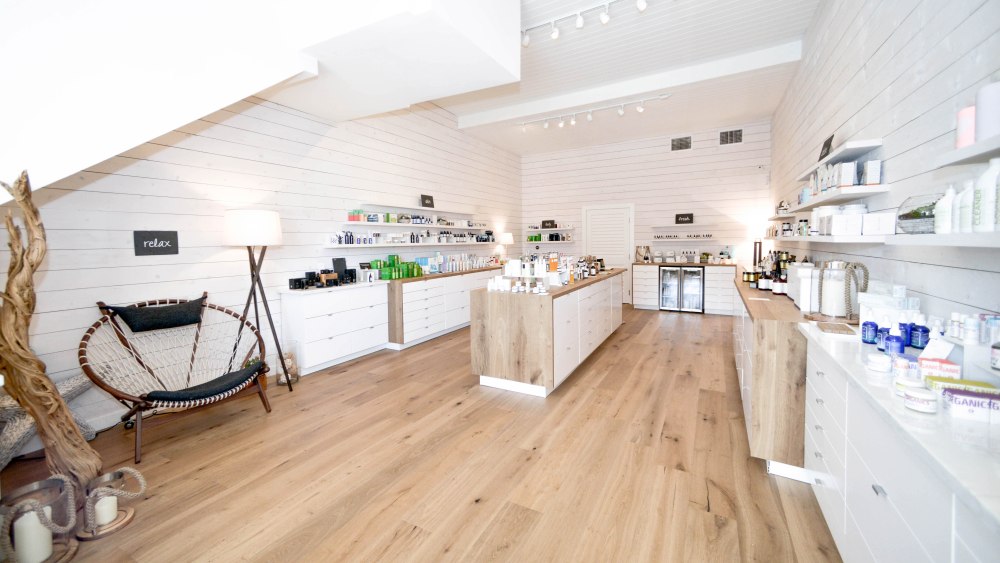 The Detox Market has responded to widespread demand for clean beauty products in Los Angeles by adding a second location in the city.

The new store, which occupies roughly 900 square feet on Montana Avenue in Santa Monica, Calif., establishes The Detox Market’s freestanding brick-and-mortar presence on the Westside. It joins existing stores on Beverly Boulevard in L.A., and King Street and Scollard Street in Toronto, and five installations at Café Gratitude’s California eateries on The Detox Market’s map of retail sites.

“I used to live a few blocks away from where we’ve opened, and I’ve wanted to open there forever,” said Romain Gaillard, chief executive officer and founder of The Detox Market. “We had a client yesterday and she said, ‘Finally, you’re here.’ For three years, she’s been going under the 405 [freeway] to get to us. We’ve had Westsiders like her coming to us, so Santa Monica is an obvious choice, and I’m happy to be there.”

The selection on Montana is 40 percent smaller than it is on Beverly, where the store is much bigger. Best-selling brands at The Detox Market include Odacite; MV Skincare; May Lindstrom, and Josh Rosebrook Skin and Hair Care. Gaillard hands over much of the control over merchandising in the store to its staff members, who write about their favorite products on cards displayed in the space.

“In bookstores in France, that’s how they do it. They say what they like because most people working in bookstores work there because they just love books. My idea is exactly the same thing,” he explained. “Most people working at The Detox Market have a personal connection to the products, and it’s much better to have them tell you genuinely what they like. I think that’s what people are looking for.”

Gaillard aims to make every The Detox Market visually distinct. He cultivated a beach-house vibe for the Santa Monica location with light wood floors, drawers and display tables in white and matching light wood, and white walls and ceilings. Decorative details such as a white wicker starfish and twisted wood resembling driftwood also harken back to the sea.

“I just hate uniformity. I travel a lot and, if you go to Paris, to Shanghai, to New York, it’s all the same thing. They standardize everything, and it drives me nuts. It’s the same store with the same neighbors,” Gaillard said. “What’s amazing about green beauty is all these brands are new, and I think they deserve differentiation to tell their story.”

The Detox Market was early on the clean-beauty scene. It started in 2010 with a pop-up shop on Abbot Kinney Boulevard in the L.A. neighborhood Venice that showcased one brand per product segment. Its assortment increased in the ensuing years as has the competition from other retail players in the natural beauty market such as CAP Beauty, Follain and Credo.

“When you have a successful business, people copy you. Overall, it’s a good thing. We’re growing so fast, and we’ve never been affected. Especially in natural beauty, you can throw as much money at it as you want, but authenticity is really key. It took us six years to get to where we are,” Gaillard said. “Retail right now is going through hell, and we’re by some sort of miracle doing well. I think part of it is we really look at it as an experience and try to create a community around each store as opposed to just retail. We’re not in front of a spreadsheet.”