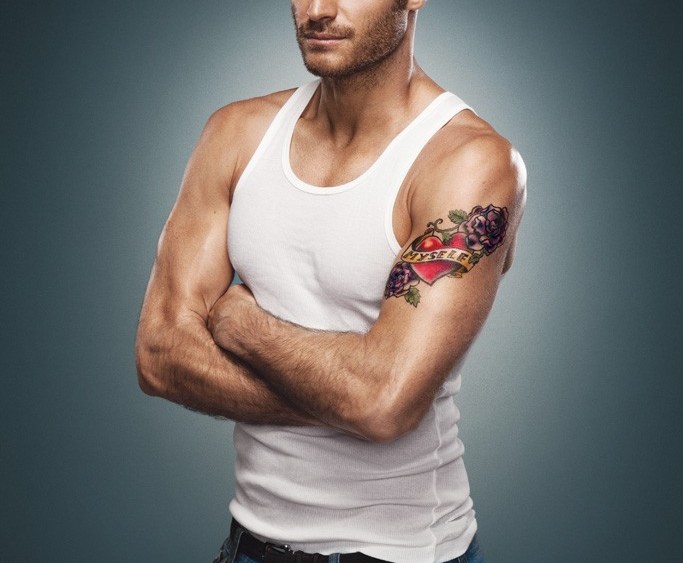 Vanity, thy name is man.

After years of fits and starts, the male grooming market is finally gaining traction. In an overall market that is sluggish at best, sales of men’s products—particularly in categories such as hair care and body care—are on fire, as a new generation of style-conscious guys become ever more image aware.

“If you look at the degree of involvement of guys in their grooming routines and compare it to 10 or 15 years ago, it is dramatically different,” says Patrice Louvet, group president of global grooming and shave care at Procter & Gamble. “We are seeing a much broader swath of men who care about their grooming routine. Men are more interested in taking care of themselves from head to toe, and there are many more options than 10 years ago.”

“It’s been a slow, slow roll, but it is here and it’s here in a big way,” agrees Daniel Kaner, cofounder and copresident of Oribe Hair Care. “This entire category is awakening.”

The numbers show that such optimism is well-placed. According to IRI, sales of men’s grooming products in U.S. mass merchandisers, not including the shave category, grew 3 percent in 2013 to reach $2.2 billion, versus 1.8 percent growth for the market overall. Hair care and body wash, in particular, are fueling the increase, as opposed to the traditional growth engines of blades.

In fact, when taken as a whole, mass-market sales of men’s products dipped slightly to $5.77 billion in 2013, versus $5.82 billion the prior year, a decrease which can be attributed to the slowdown in shave. Dig deeper, says Larry Levin, executive vice president of IRI Worldwide, and the numbers paint a picture of a market in transition. Sales of men’s soap, including bar soap and body wash, increased 9 percent. Ditto for shampoo sales. Hair-growth products skyrocketed 8.6 percent. Tools were up 2 percent, reflecting the trend towards body-hair grooming, i.e., manscaping, rather than traditional shave. (According to Louvet, 44 percent of guys aged 18 to 44 shave their body in one way or another.)

Global spending reflects the trends. Citing figures from Euromonitor, Simone Bolotin, a graduate of the FIT Master’s Program class of 2014 who studied the men’s market closely with a group of classmates for their final-year research project, notes that men’s toiletries had global sales of about $18.2 billion, while men’s shaving rang in at $17.3 billion. “It’s the first time that toiletries have surpassed shaving,” she reports.

uch of the growth can be attributed to the enlightened male who is no longer willing to use female-oriented products. “A lot of the growth is coming from bifurcated brands, so with body washes, for example, having a male body wash that smells not female has been driving the category and is something we expect will continue to grow,” says Gina Boswell, executive vice president of personal care at Unilever North America. “Hair grew almost 10 percent from last year—that’s not too shabby. It tells me that when you create solutions for men that deliver male-specific benefits better than unisex or female products, it pays off.”

Demographically, both Boomers and Millennials are leading the way. The number of men aged 55 to 64 is expected to grow 8 percent by 2018, while men aged 65 to 74 is expected to increase 21 percent. “We’re seeing Boomers getting divorced at an increased rate and putting off retirement due to economic challenges,” says Bolotin. “This is a huge opportunity because men need to look younger and better longer.”

Open-minded Millennials are eagerly devoting their hard-earned resources on the way they look. “Social media has removed the stigma of metrosexuality,” says Michael Dubin, the founder and chief executive officer of Dollar Shave Club, the e-commerce phenomenon. “It’s a terrible word,” he continues, “and you don’t hear people using it anymore because it is a ridiculous supposition to say you shouldn’t be spending time, energy and money on your grooming and skin care.”

Moreover, the paradigm of handsome has evolved and widened. “It’s not just Brad Pitt or George Clooney today,” says Tev Finger, president of Luxury Brand Partners and V76 by Vaughn hair care. “The celebrities today are different than 10 years ago. Look at Kanye West. Whether you like him or not, he is really into style. Same with Pharrell Williams. These guys are very fashion forward.”

It’s not just hipsters, either. Jeff Laub, Josh Boyd and Adam Kirsch opened Blind Barber in New York City’s East Village four years ago geared towards men. “Not necessarily gentlemen,” says Laub, “but men—guys who can fix a car and mow the lawn. I envisioned a barbershop as being more than a place where you get a haircut, but a place where men felt at ease, where it’s cool to feel good about yourself, but it’s not a froufrou salon.”

Today, Blind Barber has locations in Brooklyn, Manhattan and Los Angeles, as well as a two-year-old product line sold in about 100 doors, including Barneys New York.

Ian Ginsberg, the president of C.O. Bigelow, has seen the phenomenon firsthand. “The thing I find interesting,” he says, “is you have guys with beards and crazy hair, guys with clean hair and the fade, and they study products like hair pastes and muds and gels like it is a science, whereas years ago, they would just take anything off the shelf and throw it in their hair. Today, they have a strong opinion.”

It turns out men have developed those opinions much the way women have—through online research. “Everywhere you look,” says Ginsberg, “there are so many more men’s magazines, blogs, content. It’s made men more comfortable.”

“Seven out of 10 men think it’s important to look good physically in order to succeed professionally and personally, and three-quarters of men agree there is more pressure now than in the past to be dressed well and groomed,” says Boswell. “They are willing and able to be educated.”

Then there’s the impact of the selfie. “With Facebook and Instagram and all these things, you’re much more in the face of your peers and more conscious of your appearance,” says Kirsch. “It requires more attention because you’re putting yourself out there.”

That’s not to say that marketers are breaking out the bells and whistles commonly seen in women’s products. Men are still, well, men. “The biggest challenge is keeping it simple,” says Louvet, who attributes disappointing sales in the skin-care category to an offering that doesn’t speak to men in a language they understand. “Men say it’s just too complicated. They are looking for simpler products, more obvious propositions.”

Based on a similar insight, Dubin has adopted what he calls the spinach omelet theory. “Guys want things easily—we don’t want to have to add an extra step,” he says, citing as an example a post-shave moisturizer with antiaging benefits. “We all want to eat healthy food, but we don’t want it to be painful. We bake in benefits during product development to add extra value.”

That translates to the shopping environment as well. “Men want to get in and out,” says Boswell, who has coined the term “commando shopping” to describe it. “They are highly efficient. They don’t want to spend too much time finding what they need. It’s important to have a meaningful assortment and sometimes that means not too much. They don’t want to be bogged down with too many sku’s.”

Bolotin and her team found that there is often a benefits barrier, too, pointing out that how men think about their appearance is vastly different from the female point of view. “Women are driven by the idea of hope in a jar and their motivations are to look younger,” she says. “For men, society celebrates the silver fox look. If you look at Botox, women get it because they feel they look old,” she continues. “Men get it because they’ve been told they look angry and they fear it will hold them back professionally.”

Going forward, most industry analysts expect the momentum to continue. For one, there’s the opportunity presented by emerging markets such as China and Brazil, where P&G is growing in the double digits, and India, where it’s eschewing a more-incremental approach to trading up and instead rolling out its newest innovations fairly aggressively.

Then there’s skin care, which has seen 73 percent growth globally but comprises only 8 percent of the U.S. market versus 30 percent in China. “Post-recession, we’ve seen the American male evolve to encompass a new masculinity,” asserts Bolotin. “Now is the time to revisit it.”

NEXT: A Fresh Take on Men’s Products >>

Welcome to the wonderful new world of men’s products.

27. Conair for Men
Club Brush Made of 100 percent boar bristles, this adds shine and smoothness by distributing healthy oils to the hair.