To kick off the festivities, the convention will host a gala on May 1. 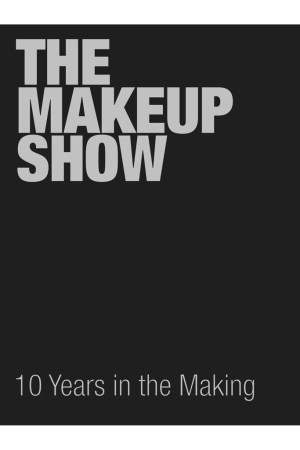 Coty’s Andrew Stanleick on the Future of Cover Girl

A lot can happen in a decade, and Shelly Taggar, cofounder of The Makeup Show, is about to celebrate the convention’s 10th anniversary in a big way.

To kick off the festivities, The Makeup Show will host a gala on May 1 for 450 attendees, including sponsors, guests and artists. The party will include a cocktail hour featuring a gallery of images that showcase the history of The Makeup Show. During the reception there will also be an array of musical performances to celebrate the convention’s 10 years in the industry.

“We started [doing the gala] last year,” said Taggar. “We felt there was the Met Gala and so many others for different industries, but the makeup industry doesn’t really have anything.”

In addition to the gala, Taggar will launch a book depicting memories and experiences from showgoers. It will include makeup tutorials from The Makeup Show artist team and a variety of brands, such as Obsessive Compulsive Cosmetics, Kevyn Aucoin and Inglot. Each gala attendee will receive a copy of the limited-edition hardcover, which will be sold at the event on May 3 and 4.

“We don’t know if it will be [sold beyond The Makeup Show] yet,” said Taggar. “We want to do a book that will serve as a memory. Then, if it goes amazingly, we may print a second edition and sell it in other stores.”

Meanwhile, 10 show sponsors will team up with The Makeup Show to create 10 products exclusive to the event. For example, Temptu is creating a limited-edition bronzer shade, while Mehron will curate a cream- and powder-blush set.

The anniversary celebration also includes a Beauty Tour via The Makeup Show-branded bus that will stop at various stores giving out gifts to wrap up the event. The bus’s last stop will be at Make Up For Ever, where Dany Sanz, founder of Make Up For Ever, will host a cocktail reception. But the celebration won’t stop there: Taggar is looking to strengthen the convention in all five cities — Los Angeles, New York, Dallas, Chicago and Orlando — where The Makeup Show is held. “We are thinking of going into two new markets this year,” said Taggar. “One of them is San Francisco, which will be in the summer. The idea is to really grow and take it to other cities where it’s not as cosmopolitan.”​