The New Guard in Hair and Makeup Superstars

WWD Beauty Inc headed backstage at New York Fashion Week to meet the next generation of stars in these beauty categories. Prepare to be wowed. 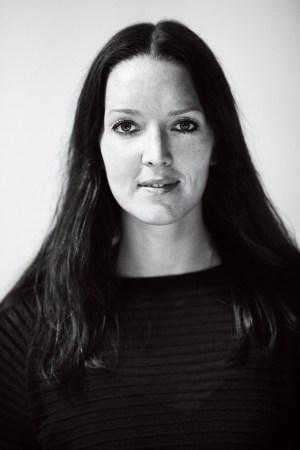 At 16, Hannah Murray moved to London to train with the Royal Ballet. But after a series of ankle operations, Murray knew it was time to switch gears, effortlessly moving from center stage to behind the scenes. A lifelong magazine collector, Murray decided to attend Glauca Rossi School of Makeup. She quickly attracted the attention of photographers like David Sims and Alasdair McLellan, and her work is now seen regularly in the pages of French and Italian Vogue and Dazed and Confused. Of her style, Murray says, “There’s always a juxtaposition of textures or tones that I bring together. It’s never about a mask of makeup for me. I want to see the freckles and the person.” For designer Tess Giberson’s show, she created Icelandic warriors. Working with MAC, Murray used a fan brush and white pigment to sweep delicate feather strokes from the eyes into the brows, as if the models had walked through twigs of snow. At Brood, she picked up colors from the collection’s floral prints—yellow, neon pink, turquoise—to line the eyes, complemented by pearly pink lips and cheeks. “I like it to be believable,” says Murray, “not just so the makeup sets into the skin. It’s more about the feeling or the attitude a girl has.”

Like his single-syllable last name, Jordan M is a minimalist. “Just like my tattoos, I keep it simple,” says M, whose right arm features two simple black bands and left bicep is completely covered in black ink. “It’s such a stronger statement.” The California native was always drawn towards fashion, but unsure how to pursue it. On a whim, he decided on Fremont Beauty College, and from there he set out on his hairstyling career, which thus far has featured collaborations with photographers like Terry Richardson and Theo Wenner in Interview, V and Vogue China, among others. “I like being able to see something that’s so simple it makes people consider why they didn’t think of that,” he says. This season at Erin Barr, M looked to Marilyn Monroe and Frank Stella for inspiration. He created movement by setting the hair with a thin curling iron to give a wave at the hairline, then he pulled the hair back into a loose French twist and plucked out a few pieces to provide a glamorous effect. At Katya Leonovich, M opted to keep the hair easy to contrast with the collection’s dramatic prints and multitude of colors. He fishtail-braided a high ponytail, then wrapped it in an exaggerated bun “I wanted to find an effortlessness in this hairstyle, so that it looked easy,” says M, who was sponsored by Bumble and bumble this season. “I don’t want it to appear as an actual hairstyle.”

“Like a painter, you should always have a signature,” declares Paul Hanlon, who was a lead stylist for Frédéric Fekkai this season. “It’s finding that and being true to it.” Hanlon’s signature is “not too done looking,” an influential vibe that has endeared him to photographers including David Sims, Bruce Weber and Craig McDean and publications such as Vogue, V and Interview. Hanlon’s style was on full display in New York at Vera Wang, Proenza Schouler and Altuzarra. At Proenza Schouler, he presented a Kurt Cobain exterior. “It’s very stringy,” describes Hanlon. “It looks as if she needs a bit of a wash, but I don’t mean that in a dirty way, just that it’s not brushed.” The hair turbans he created at Vera Wang showed a similar weathered texture. “I just thought about when a woman ties a towel around her head,” says Hanlon. “To me, it’s that approach to it and that easiness.” Not one to be boxed in, Hanlon takes inspiration from whatever comes his way. “Even if you see something bad in hair,” says Hanlon, “you find the beauty in it.”

“Grown-up nail art.” That’s how London-based manicurist Katie Hughes describes her work. Hughes got her start assisting makeup artist Alexsandra Byrne, who recognized her assistant’s knack for nails and set her on a new path. Byrne’s instinct was right: Hughes has since worked on publications such as Elle and Harper’s Bazaar. This season in New York, she created a cosmic effect at Veda, drawing a graphic stripe down the middle of the nail. “I don’t like nail art you’re going to want to take off straight away,” says the manicurist. Similarly, using a silver metallic shade, Hughes made the nails appear as if they were an accessory at Erin Fetherston. “When I think of metallics, I put them in the neutral family,” says Hughes. “I like to play with textures. I always make a conscious effort to push myself out of my comfort zone.”

Cool may be elusive, but for hair stylist James Pecis, who uses the word to describe his signature style, the definition is crystal clear. “Cool should be the girl that you want to be. And [the one] guys want to date,” he succinctly says. The American-born, London-based hairstylist is cool in his own right, from his tattoo-sleeved arms to his messy bun.

And that cool quotient has made him a favorite of photographers like Mert Alas and Marcus Piggott and Jason Kibbler. Pecis, a lead artist with Bumble and bumble for New York Fashion Week, demonstrated his range at Honor, where he fashioned double inverted cornrows that mimicked muscle filament. At Tess Giberson, Pecis went the “luxury grunge” route. “The whole deal with Tess was about deconstructing and reconstructing,” says Pecis. “We wanted to add lots and lots of hair, break down the texture, making the hair pretty and then messing it up.” At Edun, the edict was “model’s day off.” Pecis used the humidity backstage to shape the hair. “Signatures are great,” says the star stylist, “but I think it’s most important to evolve with fashion. That’s what makes it cool—if you can evolve.”

Maki Ryoke was pursuing her career as a painter when Thierry Mugler designer (and Lady Gaga stylist) Nicola Formichetti suggested she switch gears to makeup artistry. “A few people forced me,” says Ryoke modestly, when asked how she got her start in the industry. There’s been nothing low-key about her career, however. Ryoke’s aesthetic has appealed to the likes of photographer Sebastian Kim and designer Hedi Slimane. The artist uses the same philosophy whether she’s painting a face or canvas. “I want every single woman to feel beautiful,” she says. “That was a concept of my art and the same goes for makeup.” She strives to create “invisible” makeup, like a second skin. Ryoke’s style was apparent at Costello Tagliapietra, where she created a “Venus porcelain girl.” “I want you to gasp when you see it,” she says. “I don’t want you to see makeup. I want you to see the skin and the coloring in the skin tone.” Using MAC cosmetics, she highlighted the high planes of the face and applied foundation one shade lighter to the model’s skin to achieve a porcelain beauty. “I want the color to come out vivid and fresh,” says Ryoke, adding, “but with a little bit of dreaminess, too.”

With a medical school past, its no wonder Nars’ international lead makeup artist, Uzo, describes her aesthetic as clean. A graduate of Calabar College of Medicine, Uzo’s love of makeup led her on a different path. “I thought, What’s a brand I can work for that’s the closet to medicine?” says Uzo. “I started at Clinique and I literally ditched my medical career because I had so much fun in makeup.” Since then, the artist, who goes only by her first name, has worked with photographers including Bill Owens and Nan Goldin for magazines like Vanity Fair and Time. She describes her aesthetic as fresh, a look that was on
full display at the Tanya Taylor presentation, where Uzo channeled Natalie Wood in the Sixties. “It’s a barely-there kind of makeup look,” says Uzo. “But what’s different between the Sixties look and our look today is that there is no cat liner, because for summer you don’t wear a lot of makeup.” Uzo opted for color at Joy Cioci, where she fashioned a look best described as the Twenties meets mermaid scales, highlighting the skin with silver elements and applying a wash of ocean blue to the eyes. “Sometimes I like a lot of color,” says Uzo. “Either you’re doing a lot or nothing at all, and I love that there are so many options.”