The Price of Exclusive Brands

From the first time discount chains and drugstores began tinkering with exclusive lines about a decade ago, national brand manufacturers were wary.

By Molly Prior and Faye Brookman on December 7, 2007
View Slideshow 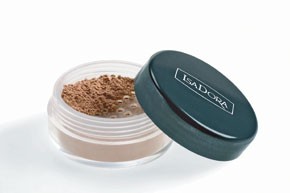 From the first time discount chains and drugstores began tinkering with exclusive lines about a decade ago, national brand manufacturers were wary.

After all, retailers often clip space from national brands — backed by multimillion dollar advertising campaigns — to make room for their exclusive offerings, which are either plucked from Europe or created in partnership with a small manufacturer. In either case, the enterprising efforts require a strong partnership and a hefty investment from the retailer. If they don’t work, the retailer will feel the pinch. But for every failed attempt — namely Walgreens’ exclusive cosmetics line IsaDora — there is a new entry. Case in point: Last week CVS unveiled 24.7 Skincare, a five-item antiaging line, in its newly opened midtown Manhattan store.

Referring to retailers’ typical arrangements with national brands, Jesse Lawrence, president of CRL Marketing, a firm that develops proprietary beauty lines, said, “When products don’t sell, often they go back to the supplier. [With exclusives] retailers quickly find out they don’t have anyone to go back to. Exclusives do have their place, but only when the retailer lets the supplier control it.”

Lawrence’s firm has created targeted exclusives, including the youthful cosmetics line Jesse’s Girl, which is sold at Rite Aid. “Our sales are true sales. A customer walks in and buys it because she likes it and it’s a good price,” he explained.

What many retailers are discovering is that it takes a great deal of time and effort to not only merchandise the exclusive offering, but also to take on the role of marketer.

The most recent exclusive beauty line to exit mass retail is Walgreens’ IsaDora, a Swedish-born cosmetics line. Walgreens added IsaDora to its beauty mix in 2003 and the fashion-driven color line had a solid run there. Walgreens proclaimed its confidence in the exclusive line by displaying IsaDora on a 4-foot wall display, positioning it to go head-to-head with beauty stalwarts Maybelline and L’Oréal. It also expanded IsaDora’s assortment last spring by introducing a mineral makeup collection, which launched in Walgreens first and later was slated to expand to the line’s European markets.

However, Walgreens plans to discontinue IsaDora and has cut the line from its 2008 planogram, said a Walgreens spokeswoman. A spokeswoman for IsaDora declined to discuss the brand’s future U.S. plans, but said its Web site will be relaunched to accommodate Internet sales. One industry source noted that despite Walgreens’ best efforts, IsaDora’s low productivity and slow product turns did not justify its generous display space. The source added IsaDora likely gobbled up too much time from both Walgreens’ marketing and merchandising teams.

Industry consultant Allan Mottus, referring to IsaDora, said, “The prices are just too high and Walgreens appears to be backing off beauty a little.” Mottus noted Wal-Mart, Kmart, Target and dollar stores tend to price their wares 15 percent below Walgreens. “With IsaDora, Walgreens didn’t have to worry about being undercut on price by the discounters,” said Mottus.

Lawrence declared, “Here’s my opinion: A woman walks in, likes IsaDora but looks at the price and hasn’t heard of it and picks something else.”

Another manufacturer familiar with exclusive lines said Walgreens may have found the line difficult to manage.

Some surmise Walgreens may not have factored in issues such as damages, liability of discontinued shades and promotional residuals. Although margins exceeding 60 percent to 70 percent are alluring, other costs such as damages, markdowns and fixtures diminish the profits of exclusives. Ironically, these are the same issues hindering vertical retailers, such as Bath & Body Works, from enjoying the benefits of their outside brands. Walgreens declined to comment on the productivity of its European Beauty Collection — an assortment of seven foreign-born skin care brands — but the company said it is pleased with results from another recent exclusive, Yes to Carrots, a natural skin and hair care line.

Duane Reade’s proprietary beauty line, Apt. 5, looked the part of an upscale line, but failed to generate the sales needed to give it staying power. Duane Reade introduced the cosmetics line in May 2002, and later expanded it to bath products and beauty tools. Despite its good looks, Apt. 5 turned off some New Yorkers and the line was dropped from the retailer’s mix earlier this year, said industry sources. It is still available on the drugstore chain’s Web site, as Duane Reade clears through inventory. An industry observer noted the new management team brought onboard two years ago decided to cut Apt. 5, which had seen sales level off and was in need of an update. For retailers, the source added, to support a home-grown line like Apt. 5 they have to have the wherewithal to absorb the costs of updating display fixtures and markdowns.

CVS Pharmacy has steadily expanded its portfolio of exclusive brands in recent years, particularly in skin care. Its proprietary brands include Essence of Beauty, Skin Effects by Dr. Jeffrey Dover and now 24.7 Skincare.

CVS created the 24.7 Skincare line in partnership with Cos Brands, a spin-off company of the high-end skin care firm Freeze 24/7. The effort is being led by Mike Freedman, an initial investor in Freeze 24/7, whose experience also includes Gillette. Deb Armstrong, CVS’s divisional merchandising manager for beauty care, said the antiaging line — which relies on gamma-aminobutyric acid, an amino acid said to help diminish wrinkles — would be the cornerstone for the expansion of 24.7 into other categories.

Over the last decade, CVS has experimented with a host of exclusive offerings. Its most recent initiatives, including Skin Effects and 24.7 Skincare, seem to indicate CVS’s interest in partnering with experts rather than building house brands from the ground up.

CVS also counted the Finnish-born beauty line, Lumene, among its exclusive brands until last spring when the brand rolled out to Target doors as well. CVS, which introduced Lumene to the U.S. market in 2003, might reap the rewards of the beauty firm’s expansion, particularly as Target helps to shoulder marketing costs and promote consumer awareness. What’s more, one industry source suggested that retailers may decide to release their exclusives to other noncompeting retail channels provided the brand pay them royalties on their sales there.

Boots from the U.K. was the first European brand to deftly carve out a quasi-exclusive distribution arrangement with two U.S. retailers simultaneously by partnering with both a drugstore chain, namely CVS, and a discounter, Target.

For vendors who already distribute goods overseas, striking exclusive deals with U.S. retailers can offer less risky ways to introduce their brands Stateside — in some cases a deal with a U.S. retailer may simply require them to slightly increase production. For smaller manufacturers, an exclusive deal might secure an entire line shelf space in a national retailer, rather than have multiple retailers cherry-pick items. One manufacturer said exclusive deals usually garner more of an interest and investment from a powerhouse retailer. The manufacturer added the more strategic the program for the retailer, the greater amount of time a manufacturer has to make it a success.

Industry sources also said retailers give their exclusive brands compelling financial breaks. For instance, to participate in a retailer’s weekly circular, a national brand, such as L’Oréal Paris or Cover Girl, could expect to pay roughly $100,000 to $150,000 an ad, noted manufacturers that asked not to be named. Vendors that sell their goods exclusively in that retailer get preferential treatment, which includes discounted advertising rates and, in many cases, free exposure in the circular and direct-mail pieces.

In the last year, retailers also seem to be giving exclusive lines a longer time frame to make a go of it, because retailers know they have the power to make their exclusives successful, observed several vendors. Retailers that have unlocked benefits of exclusive lines include Shoppers Drug Mart, with its house brand Quo; Ulta and Sephora, with their proprietary lines, and Target, with Sonia Kashuk cosmetics.

In each of these cases, industry experts said there is a dedicated team of retail executives and consultants working exclusively on the brands. The makeup artist Sonia Kashuk is featured in Target commercials giving credence to the line.

However, Target doesn’t always hit a home run. It appears the chain has scaled back its specialty bath and body collection — once chock-full of European lines — to make room, once again, for national brands.

Exclusive brands plug into shoppers’ fondness for discovery, which is in part what underpins the success of upmarket retailers such as Saks Fifth Avenue and Sephora, said Mottus. Referring to the need for niche, exclusive lines in the mass market, he declared, “The beauty industry was too monolithic. Sephora showed that it didn’t need those big oligarchs” to entice shoppers.