The Problem With Marketing Cannabis Beauty

Tensions are high in the cannabis marketplace — and with newcomers stirring the pot, CBD loyalists are voicing concern.

CBD products have never been hotter in the beauty world, but some companies are worried that certain marketing practices are confusing consumers.

In the cannabis beauty and wellness space, two distinct marketing camps have emerged.

One, championed by mostly California-based companies centered around the medicinal benefits of cannabidiol — CBD — is loudly beating the education drum. The other, comprised of brands looking to capitalize on drastic increases in consumer interest around cannabis products, focuses on marketing hemp seed oil, which most are calling cannabis sativa seed oil and has no CBD in it.

The problem, according to those in camp CBD and general marketing experts, is the risk of consumer confusion by using the term ‘cannabis sativa’ instead of hemp. And in an age where consumers can un-confuse themselves with enough Internet research, that risk morphs into the possibility of losing those customers outright. 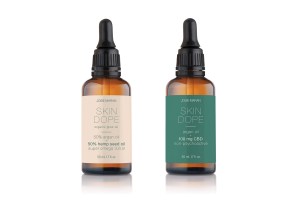 “[Hemp] is an old thing. It’s been around for decades. It doesn’t seem like a new ingredient,” said Cecilia Gates, chief executive officer of Gates Creative. Gates worked with Josie Maran on her Skin Dope line, which uses the term hemp seed oil in a product name, and “cannabis sativa (hemp) seed oil” on the ingredient list. The line also contains an oil that does contain CBD, and offers a side-by-side hemp seed oil versus CBD oil comparison on its web site.

“It has a different connotation to me when I hear hemp versus cannabis. Cannabis and CBD — that’s the freshness, that’s the newness, that’s the thing — so I can see why people are trying to bend it a little bit with the hemp and getting that word cannabis into it. That’s the draw,” Gates said.

But consumers are going to figure it out, she said, and start to understand that cannabis sativa seed oil is simply another name for hemp seed oil. “Companies now have to be more transparent and they have to be a little weary of bending the truth because they do get called out on social media,” Gates said.

Whether those companies lose consumers or not will likely depend on who those customers are. For companies with a bought-in, cult-y community, the risk is less, Gates said, because their customers aren’t looking for CBD; they’re “buying into a culture.”

Ingredient-led marketing is not exactly a new tactic, pointed out Erik Gordon, a professor of business and marketing at the Ross School of Business at the University of Michigan, and beauty companies have always been marketing-led.

“Beauty companies notoriously give themselves lots of flexibility in product claims,” Gordon said. “A company touts retinol in big letters on its package when the amount of retinol is small enough to be undetectable in a baby mouse.

“Companies can claim cannabis if they have any form of it in the product,” Gordon continued.

But for CBD-focused companies, the risk is greater, founders of those companies noted. The concern from that group is that consumers will try cannabis sativa seed products thinking they contain CBD, not see the benefits, spread the word to their friends, and kill the CBD wave as quickly as it started. 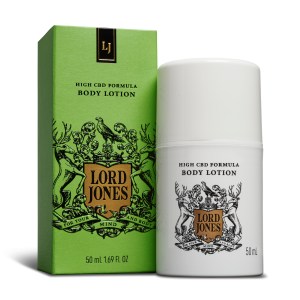 “Our greatest concern with brands who are misleading consumers by using photography or language to communicate their offering, but they’re not selling CBD, is that somebody’s grandmother hears that CBD will help her chronic arthritis so she goes to Sephora, let’s say, to buy a product and buys one that has cannabis leaves behind it, or says it contains cannabis sativa seed oil, or has some stoner reference name…then, she feels nothing, and turns to her friend and says the whole CBD thing is hooey, it’s marketing,” said Cindy Capobianco, cofounder of Lord Jones. Her brand has a range of CBD products, including gumdrops, tinctures, body lotion and body oil that are sold at Sephora, among other retailers.

Olivia Alexander, the founder of Kush Queen, voiced similar concerns around “the threat of misinformation.”

“The real place that’s causing all the confusion is the word cannabis sativa seed — all a consumer hears is cannabis,” Alexander said. For the rest of this year, she’s shifting her focus to education, she said.

Both Capobianco and Alexander have taken it upon themselves to provide “education” for the media community. For Capobianco, that means reaching out to journalists who have mistakenly included non-CBD products in their CBD roundups, or clarifying other information. Alexander put out a press release on April 12 stating that brands using hemp seed oil are “making false claims and misleading consumers.”

Read More: Is the Grass Always Greener? The Trials and Tribulations of Launching a CBD Brand

But two of those companies — Milk Makeup and High Beauty — say their intent is not to mislead consumers, and instead to provide products with an ingredient high in fatty acids that’s thought to be good for skin and in makeup. 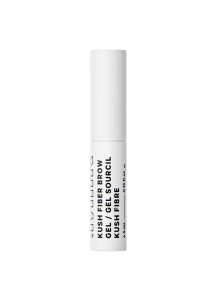 At Milk Makeup, the brand born out of perennially cool creative agency Milk Studios, the Kush line is a bestseller. The brand has expanded it beyond the signature mascara to include Kush Fiber Brow Gel and Kush Lip Balm, which both use hemp seed oil. Two more products, Kush Lash Primer and Kush Waterproof Mascara, are slated to launch April 20, historically, a stoner holiday.

“[Kush] is doing really well for us,” said Dianna Ruth, chief operating officer of Milk Makeup. “We have always come from a place that this is a culturally relevant ingredient for us. When we launched the brand four years ago we had a product called Roll and Blot, and they were actually rolling papers.” When she joined Milk, there were rolling papers at the reception desk, she said.

Milk doesn’t use CBD in its formulas because it wouldn’t make sense to, Ruth said. “CBD has its properties, and definitely is an ingredient that’s great in skin care and body care. That’s not where we’re playing, we’re playing in color,” Ruth said. “We’re using it as an ingredient almost like people use argan oil or Vitamin E.”

She recognized the possibility of consumer confusion — “it’s a mixed bag” — but said that since CBD has started to become mainstream, consumers are getting less confused. Asked about why the ingredient is called cannabis sativa seed oil rather than hemp seed oil, Ruth said that was how it was categorized at Milk’s multiple manufacturers.

“How other brands are using it came from a different starting point than us,” she noted. “What I think is sad is why can’t everybody just do what you’re doing? I don’t know why they have to feel like there’s a competition…in the end, it’s what works for the customer.”

“It’s a ‘they’ and a ‘we’ and it shouldn’t be,” said Melissa Jochim, founder of High Beauty and a veteran beauty formulator. “We’re back in a time when it was organic versus non-organic…there’s so much more, and if we could look at the benefit of the consumer and look at what your end goal is…there’s room for everyone.” 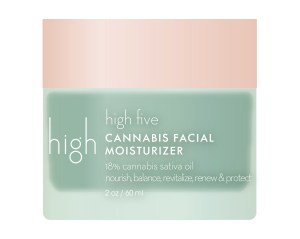 Jochim’s line contains hemp seed oil, not CBD, and she said the name refers to “being high on life.”

Like Milk, High Beauty is growing quickly. The brand is expanding into Sephora doors later this year, plus Sephora Canada and into Douglas in Germany and Spain, Jochim said. High Beauty also recently got a $2.5 million investment from Canopy Rivers, which invests in cannabis companies.

“A lot of times people are like, ‘you’re not CBD or THC,’ and it’s like, no, but we are credible, we use the plant…and Canopy Rivers, it doesn’t get any more cannabis-focused than that,” Jochim said. For High Beauty, Jochim said she is exploring all elements of the seed, including seed milk and seed acids.

Her product packaging includes pastel cannabis leaves, and the word cannabis is on the jar. She said she is working with “whole plant chemistry” with seed proteins and bioflavinoids and terpenes included in the formulation. “I’m taking the chemistry of the entire plant into account when I formulate,” she said when asked about the decision to include leaves on the packaging.

Pushing the leaves aside, Jochim said she strives to be explicitly clear in her labeling. “On everything I do it says ‘contains no CBD or THC’…the leaf has become an anchor to anything anyone’s doing from the plant.

“There’s this thing that if you’re not CBD, then you’re not real,” Jochim said. “It frustrates me sometimes because this plant has thousands of ingredients and we should all come together and really be promoting and learning and expanding what the plant can do. CBD is a hot commodity right now…but there’s a hundred other cannabinoid ingredients that have benefits also.”

Not all CBD companies have a problem with pot leaves showing up on packaging for products with hemp seed oil.

“They’re both from the cannabis sativa plant, so hemp seed oil may not have the same benefits but it’s coming from the same source,” said Julie Winter, cofounder of CBD for Life. She’s expanded her dispensary business as well as CBD for Life, which will soon be selling CBD products at Urban Outfitters. Sometimes she finds it “frustrating” when brands launch and her mother, who once thought she and her cofounder and sister were “selling pot,” gets duped by the messaging. “She’ll say something like, ‘did you see Kiehl’s launched a CBD line?’ And I’m like, ‘no, they didn’t.'”

Winter said she used to reach out to media outlets that incorrectly labeled CBD products, but lately, too many stories are written to get to them all. “It’s very difficult to keep up with,” she said. “I was listening to Z100 today dropping my kids off at school and getting a coffee…everything they said was factual, but I was waiting for the second where it wasn’t.”