The Rise of P&G Beauty 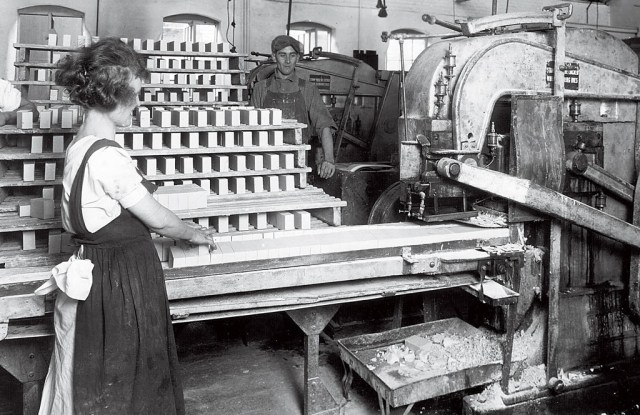 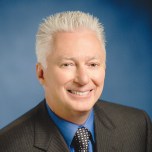 It began with a bar of soap called Ivory.

Introduced in 1879, the lightweight, mild cleanser tackled everything from dirty floors to faces and set the stage for Procter & Gamble’s imminent rise in the beauty industry. “P&G has always been a company that asked consumers what they wanted,” said P&G corporate archivist, Lisa Mulvany, adding that Ivory was P&G’s first product to have its own brand name, advertising budget and in turn, loyal fan base. Introduced as a laundry soap, Ivory soon doubled as a personal cleansing product because of its mildness. In fact, Ivory’s first newspaper print ad showed two hands slicing a bar in half with a piece of string, as was typically done at the time to separate one piece for the laundry room and one for the powder room. The floating soap’s popularity lead P&G to, in 1926, delve further into the beauty world with Camay, the company’s first “beauty soap,” marketed toward “beautiful” women. “Women wanted more of a special bar soap to use only in the bath and they wanted it to smell and look pretty,” said Mulvany, noting that Camay soaps were available in a variety of colors and fragrances and brides were many times featured in the product’s advertising. “Women were becoming more sophisticated and more interested in personal care.”

Fast-forward to modern day: P&G is a multicategory, multichannel global beauty player, involved in the lives of about 4.4 billion people around the world. The Cincinnati-based company, which turned 175 this year, built its success in two primary ways, by leveraging its own internal technology and consumer insight and through a series of meaningful acquisitions that acted as a ladder into the upper reaches of the beauty industry. “We didn’t historically have many brands that people associated with beauty and so through acquisitions, we brought to brands our research and development and innovation pipeline as well as expertise in brand-building,” said Brent Miller, communications director, P&G Beauty and Grooming. “We also brought scale. We had the distribution, the sales force and infrastructure to make smaller brands grow.”

To be sure, one of P&G’s notable strengths is its cross-brand agility. Throughout its history, P&G shared its R&D resources among its brands, many times across categories. Take, for example, P&G’s foray into the hair market in 1934, in which the company borrowed technology from its soap division (specifically a detergent called Dreft), for its first nonsoap-based shampoo, Drene. “Because it was positioned as a synthetic it [promised] no soap scum, which was a problem at the time with existing shampoos,” said Mulvany. “This was a major point in our beauty history.” Drene led to additional P&G hair launches, generated from its internal labs, including Prell in 1946, Lilt Home Permanent in 1949, Ivory Shampoo in 1959 and Head & Shoulders in 1961. The idea for Head & Shoulders, according to Mulvany, dates back to about 1950, when P&G research determined that consumers were not completely satisfied with the then-existing antidandruff shampoos. After 10 years of research, a P&G scientist discovered that pyrithione zinc — the main ingredient in Head & Shoulders to this day — was effective at removing dandruff.

Although a few beauty items were launched, including Velvet Skin Cleansing Cream in 1944, Secret Deodorant in 1956, Winter-sett and Summer-sett hair sprays in 1957, and Safeguard in 1963, it wasn’t until the mid-Eighties that the company began to substantially step up its beauty presence with a series of strategic acquisitions. “We knew we wanted to compete in beauty,” said Mulvany. “We looked and saw how far others had come and also knew we had to catch up. We had innovation but a lot of areas were very new to us.” To be sure, part of P&G’s game plan involved focusing on adding beauty companies with history and category authority. “Rather than start from scratch, we chose well-known and established brands to help build our understanding in cosmetics,” said Mulvany. Added Miller, “When we were developing technology, the beauty industry developed. We wanted to play in the space, but we recognized the need to have brands as vehicles to take the technology.”

The years between 1980 and 1999 marked P&G’s most dramatic period of growth in its history, as well as the first time P&G established a worldwide R&D network with hubs in Europe, Japan, Latin America and the U.S., bringing expanded global scale to the table. Leading the swell was the 1985 acquisition of Richardson-Vicks, whose portfolio included Pantene, Clearasil, Vidal Sassoon and Olay. Although Pantene was a very small brand at the time, it would go on to become one of the company’s biggest money makers.

Marking its entry into color cosmetics and fragrance, P&G next purchased Noxell, made up of Cover Girl, which included a fragrance called Navy, and skin-care brand Noxzema in 1989. Add to that the acquisition of Max Factor and Betrix with its Eurocos prestige fragrance division in 1991 and the company suddenly was a player in these hot markets. “We looked at and acquired Cover Girl and Max Factor because they were very powerful and innovative brands,” said Mulvany.

The Max Factor and Betrix purchases (from Revlon Inc.) also brought onboard Hugo Boss and Laura Biagiotti fragrances, which led the company to create its Prestige beauty division. “This was a very different area for P&G,” said Joanne Crewes, president of P&G’s Global Prestige division. “It was a new and exciting category for the company. This moved us into new channels and retail spaces while laying the groundwork for immense growth and expansion.”

A number of smaller acquisitions followed. In 1990 the company purchased Old Spice from the Shulton Co. and in 1994 it added on Giorgio Beverly Hills, which included Red and Wing fragrances. The Joy Perfume by Jean Patou and Lacoste fragrance licenses were acquired in 2001 as was Clairol [from Bristol-Myers Squibb Co.], adding a number of hair-care and hair-color brands into the portfolio. In 2003, P&G acquired a controlling interest in Wella AG, which brought in fragrances like Gucci, Dunhill, Rochas, Escada, Anna Sui, as well as professional hair brands like Sebastian, significantly increasing P&G’s Prestige fragrance division.

“Wella bought a number of female brands to complement P&G’s mainly male portfolio,” said Mulvany. “By adding Wella to the prestige business, P&G Prestige Products became the second-largest fine-fragrance company in the world. Separately, P&G had been looking at new licenses that would continue to grow this important business for our portfolio.” P&G went on to acquire the license for Dolce & Gabbana beauty products in 2005. In 2006 the Gucci fragrance license, acquired through Wella, was renewed with P&G as part of a long-term licensing agreement, which has since been increased in scope to include skin care and cosmetics. Skin-care brand DDF was acquired in 2007, and professional hair brands Nioxin and Fekkai were added in 2008. “As a company, our foundation was the success we grew in mass retail,” said Miller. “As we got into the Nineties and early 2000s, we wanted to make sure we were competitive in all beauty channels — including mass retail, prestige, salon and male grooming. The strategy was to broaden the beauty portfolio.”

RELATED STORY: Bob McDonald Looks to the Futre of P&G >>

According to Miller, it was the vision of former P&G chief executive officer A.G. Lafley, who ran the company from 2000 to 2009, that provided the final blueprint for the ascension of P&G into the top ranks of global beauty, enabling it to challenge L’Oréal for the top spot, which the French giant still holds. “When Lafley became ceo, following his tenure leading the P&G Beauty business, it really lead to the biggest growth period for beauty,” said Miller. “That is when we identified beauty as an engine of growth for the company.” P&G also expanded in a few other categories, namely men’s and shaving, with the purchase of Gillette in 2005, and The Art of Shaving in 2009. Meant to appeal to a high-end shaving customer, The Art of Shaving has gone from 36 stores in 2009 to more than 80 today and has been identified as one of P&G’s fastest growing beauty and grooming brands. “One of the main reasons these brands have been growing and able to expand internationally is because of the innovation and research and development that we bring,” said Miller.

Of course there have been some misses among P&G’s many hits. In 1999 the company made bold moves in the mass hair care and color segments with the launches of Physique and Olay Cosmetics, and both, despite substantial efforts, failed to resonate with consumers “We were very ambitious and aggressive on our goals there,” P&G’s group president for Prestige and Professional Care at the time, Susan Arnold, told WWD in 2005. “We had a really high level of support early in the launch, which wasn’t sustainable. I think we learned from Wella, and we’ve learned over time, that probably a slower-burn approach would have worked better. We’ve learned from Wella of the need for a steady stream of consumer-meaningful and on-trend styling news over time.”

Regarding the ill-fated Olay cosmetics range, Lafley, in 2001, said to WWD,  “We don’t feel that we got all the elements of the execution right. We didn’t get the full range of properties right, and we probably went too broad.”

Despite a few curve balls, P&G continues to focus on the reinvention of the many storied brands in its portfolio. According to Miller, one of P&G’s biggest moves in recent history was the launch of Olay Total Effects in 2000, the first product introduced under the brand name without the “Oil of” included in its moniker. “This move signified that Olay was going to be reinvented from a low priced pink beauty fluid in 1952 into a highly competitive skin care brand,” said Miller. “Once Total Effects was launched, the brand started to break records in the mass skin care channel. It was in the neighborhood of a $165 million brand at acquisition and now it’s an over $2 billion brand.” The company will continue to push forward its Olay franchise in 2013 with a reformulated version of the company’s best selling Regenerist Micro-Sculpting Cream. Designed to accelerate anti-aging results with cutting-edge technology, centered on research into cellular bioenergetics, the product may be a far cry from its earlier self, but at the core it still serves the same purpose: providing the modern consumer exactly what she’s looking for.

“It’s our proven business model of discovering deep human insights, developing big ideas from those insights, and bringing superior technology and products to bear based on those insights, [then] communicating the superiority of those products, pricing them at a good value and distributing them deeply in every country,” said P&G chairman, president and ceo, Bob McDonald. “Where we do that model well we win.”