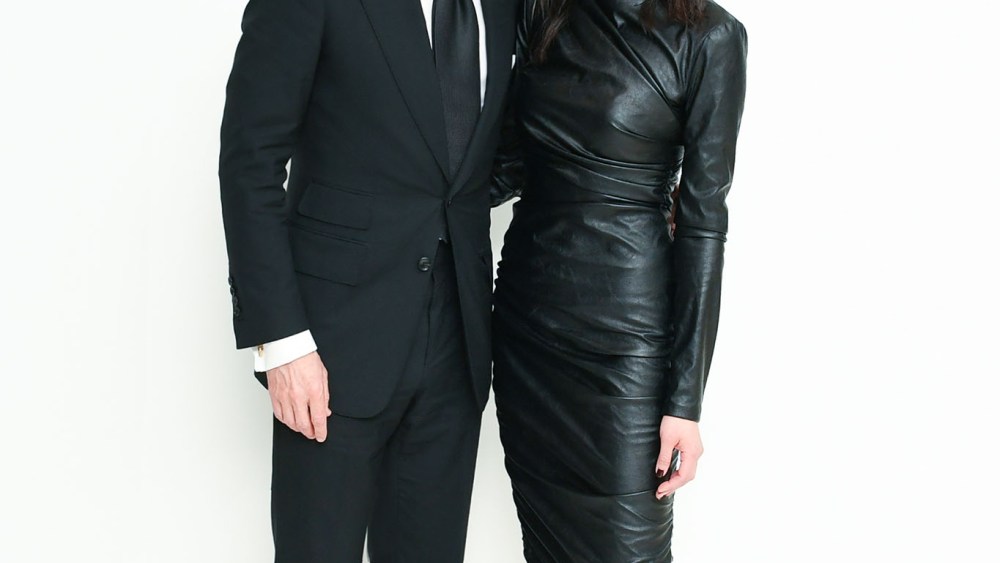 The sun seems to shine on Tom Ford wherever he goes, even inside the Beverly Hills restaurant Mr. Chow, where on Wednesday he hosted a party to celebrate his spring 2019 Soleil fragrance and beauty collection, which is about to go big with an online flagship April 25 on Alibaba Group’s Tmall.

“Soleil Blanc is our number-two-selling fragrance in the Asia Pacific region, and we’re launching on Tmall, which is a huge outlet in China, so that’s what this is all about,” he said of the soiree, attended by influencers from near and far, including Meiqi Meng, Ning Chang, Rocky Barnes and Erica Pelosini. (The  brand flew in more than 30 influencers from China, such as Meiqi; three from Korea, four from Latin America, four from EMEAI and one from the U.K.) Hometown L.A. friends including Jon Hamm, Elizabeth Hammer, Cornelia Guest and Ford’s husband, Richard Buckley, also attended.

“Soleil is important globally, but also specifically to the Asian Pacific region,” he said of the fragrance and collection of sheer lip colors, highlighting powders and bronzing gels, which grew out of a one-off alternative to his other, richly pigmented and intense colors. “I created Soleil originally because when you are in a warmer climate you might want less makeup…body becomes important, and there is a great body oil with little 24-karat gold flecks that makes everything look sleek. But I actually realized you want it year-round,” he said of the range, which has become core to his brand.

This fall, he’ll also launch a fragrance called Soleil Neige, which is a winter version of the top seller, he said, one of several new and limited-edition products for Chinese consumers exclusively on Tmall. To celebrate the launch of its first e-commerce platform in China, Tom Ford Beauty and Tmall are planning an event April 23 at No.1 Waitanyuan in Shanghai.

But first, inside Mr. Chow on Wednesday night, L.A. guests basked in the Tom Ford glow.

“I hardly recognize the place,” China Chow quipped, walking into her family’s restaurant, which was dressed in all-white furnishings to mimic the Soleil product packaging, including the new Glow Tone up Foundation cushion compact, which Chow had picked up in the Rodeo Drive store earlier in the day, and was showing off like a makeup counter pro.

Over Champagne and photo-ops, social media influencers mixed with friends of Tom, including jewelry designer Lisa Eisner (who shared she will soon be launching her own web site for her earthy-glam designs), Rachel Zoe (who was gearing up for her Zoeasis party at Coachella), and Gia Coppola (who is about to start shooting her next film, “Mainstream,” about YouTubers and influencers, appropriately enough).

“It’s a cautionary tale about the Internet,” said Coppola, whose mother Jacqui Getty will be designing the costumes for Andrew Garfield, Jason Schwartzman and others in the film.

Chow also had digital media on the mind. She and artist Alex Israel shared that they are finishing up season two of their YouTube talk show series “As It Lays,” which returns after a seven-year hiatus, featuring guests such as Tom Hanks and Steve Martin on a colorful set designed by Israel, who recently collaborated with Rimowa on luggage, and with Louis Vuitton on packaging for L.A.-inspired fragrances. “The first season’s set was bought by MOCA,” Chow offered.

Dressed in a Tom Ford animal-print bomber jacket, EJ Johnson posed for photos with Eva Chow, who was dressed in an animal-print caftan from Tom’s days at Yves Saint Laurent. “I never throw anything away,” she said.

(As an aside, EJ and Cookie Johnson said they were as surprised as anyone by Magic Johnson’s sudden resignation Tuesday as the L.A. Lakers head of basketball operations. “I’m happy for him,” his wife shrugged.)

Ford’s upcoming chairmanship of the Council of Fashion Designers of America was also a hot topic.

“He’s perfect for the job…I am not that active, I should be more active. But now I will be,” said Eva Chow.

“I think he’s got a lot going on,” said Eisner of her already overextended best friend. “But it says something about his loyalty. He’s doing it because he has a loyalty to the industry.”

For his part, Ford isn’t feeling the heat too much, at least not yet. “I’m very happy. I had a meeting yesterday with [CFDA president and chief executive officer] Steven Kolb. I’ll have a lot of my meetings in L.A., that was one of my conditions. Of course, I’m in New York four or five times a year, so I’ll have meetings there, too. But I’m very excited. I’m not going to mention anything I’m excited about because there is still a chairman.”

Ending on a light note, he shared his favorite place to get sun isn’t L.A. but Mustique. “I always forget we live in a place people come to get sun. I wake up and stare in my pool every day, but does it occur to me to go in it, no,” he laughed. “You go on vacation to get in the pool, lie in the sun and read a book.”