Touchland Is So Not Your Grandma’s Purell

The hand sanitizer brand is breathing new life into a forgotten category.

Touchland is a hand sanitizer company breathing new life into a forgotten category.

Andrea Lisbona knows why you don’t like hand sanitizer.

The Barcelona native is the founder and chief executive officer of Touchland, a hand sanitizer brand whose moisturizing mist looks like it walked out of an Apple store. For the past decade, Lisbona has immersed herself in the niche world of hand sanitizers and the complaints such products tend to receive — the sticky residue they leave behind, the dry skin they cause, the inevitable vodka smell — and thinking of ways to reverse them.

In late 2018, she launched Touchland’s direct-to-consumer business. The Miami-based company, she said, has since done about $2 million in sales.

“What we’re doing is kind of like what Nespresso did with the coffee market: taking a category that has been forgotten for 20 years and improving it,” Lisbona said. “[It’s] a whole new market for the beauty generation.”

In December 2018, a month after launch, Touchland’s average order value was $19. Now, it’s $50. Sales have jumped even more — 900 percent, to be exact — since the outbreak of coronavirus. 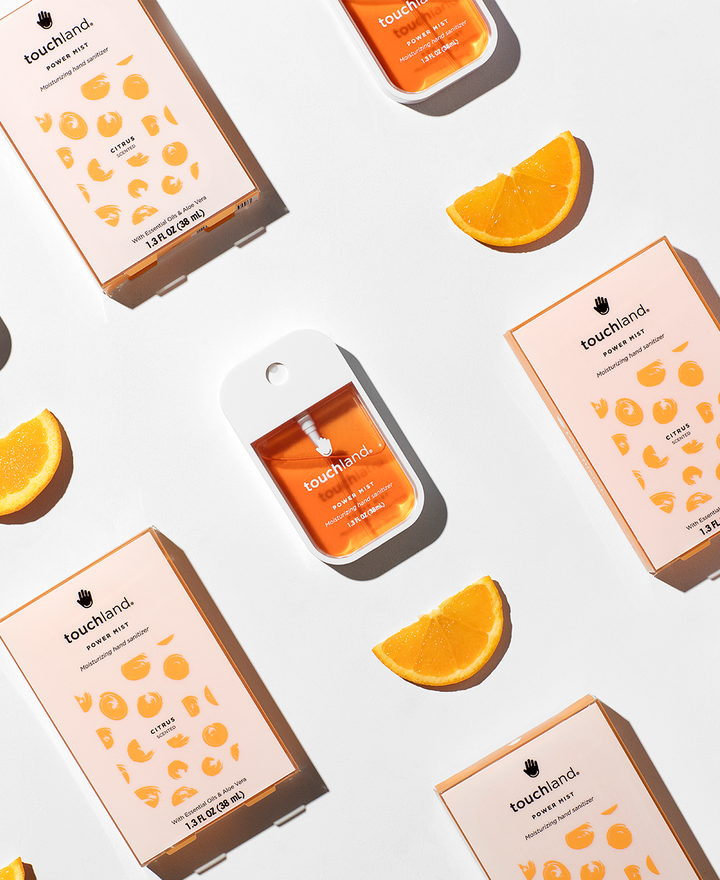 The company recently raised $1.75 million in its second round of funding, led by Align Ventures (an investor in Billie and Hims), Spring St. Group and two more venture capital firms. Touchland was originally born out of an acceleration program, Zobele Group’s Join and Win program, as well as a Kickstarter campaign that reached its funding goal in 24 hours.

“The Kickstarter campaign ended up being 450 percent funded,” Lisbona said. “The best part is 50 percent of the buyers were from U.S., so it was a reassurance for us to launch in the U.S.”

Touchland’s Power Mist — which comes in a variety of scents such as watermelon, cinnamon and lavender — is a blend of aloe vera, essential oils and 67 percent ethyl alcohol. It’s cruelty-free, vegan and TSA-friendly, and each 1.3 fl-oz. bottle, $12, contains at least 500 spritzes.

The bottle, though, is just as important as the formula. During the development process, Lisbona challenged her team to come up with a design that follows the Golden Ratio. The result is a thin, white bottle, almost the height and width of an iPhone.

Touchland’s early adopters were Millennial women, but its demographic has since widened. The company was growing about 20 percent month over when suddenly, in June 2019, sales tripled online and conversion jumped from 3 percent to 9 percent. The growth correlated with a feature in the July issue of Real Simple — a discovery Lisbona made after calling customers directly to ask them how they heard about the brand.

“The Millennial target buys for themselves, but the Real Simple target, they are buying in bundle and giving away,” she said.

The Internet Can’t Get Enough of Vagina-Scented Products