From Cannes: Travel Retail Resolute in Face of Downturn

Cosmetics executives and duty free operators faced the threat of an impending worldwide recession with a combination of uncertainty and gritty resolve.

By Stephanie Epiro and Pete Born on October 31, 2008
View Slideshow 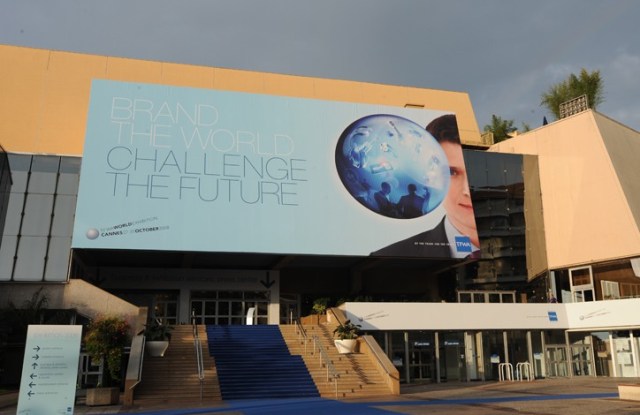 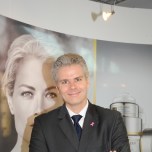 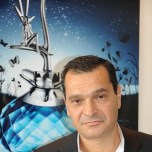 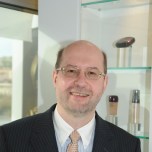 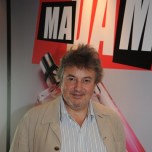 CANNES — Cosmetics executives and duty free operators faced the threat of an impending worldwide recession here this week with a combination of uncertainty and gritty resolve.

“We have risen to the challenge in the past, but this current challenge will likely be more drawn out and difficult than any that we have met before.” Referring to the $34 billion total duty free business worldwide, he added that, “Our industry could stagnate or go into reverse in the short term. Our largest and most immediate challenge is to ensure that this does not happen.”

There were also other shadows cast on the meeting. Some speculated attendance at the conference was either down or business trips cut short, but the organization was not expected to make the visitor tally available until today.

While industry executives tended to agree that economic hardship was unavoidable, there was a great deal of hesitation over the question of when the recession would take hold and how it would affect them.

Much of the mood was captured by Raoul Spanger, retail director of Heinemann, a key German duty free operator that runs 250 stores. He said airport traffic was down in September and October, especially Atlantic traffic, which he suggested indicated a decrease in business travelers.

For 2009, Spanger said his company is projecting a flat traffic pattern resulting in a 3 to 5 percent increase in sales. Although Heinemann is bracing for a reduction in growth in 2009, it also is reaching out with an innovative travel retail store concept set to open in the Hamburg Airport Dec. 4. Dubbed Heinemann Duty Free, Spanger described the store concept as a “quantum leap” to a new service-driven, personality-laden format. He described it as a step up from a typical duty free store. “There will be a face behind it,” he said. He promised that the merchandise assortment will be “more surprising” with 20 percent of the content based on a theme, for instance, “Casino Mondial.” The extent of the service even includes gift-wrapping. The Heinemann Duty Free Hamburg store, converted from three existing units, will contain a spacious 1,400 square meters, or 15,000 square feet.

All the manufacturers interviewed expressed rock-solid certainty in going forward with their launch plans for next year despite the fears of a gathering financial storm. This was especially true for Philippe Benacin, president and chief executive officer of Inter Parfums Inc., but even he was a bit taken aback on Monday after seeing one client after another voice hesitation. “All of our customers don’t want to commit to anything, they prefer to wait another four to six weeks. Generally, budgets are done at the end of September, but this is not the case now,” Benacin said.

Ringing agreement to that last point came from Jill Hill, managing director of Aspects Beauty Company, based in East Sussex. In her many roles, she functions as a distributor and a retailer. She explained that in a normal year, the stores in the U.K. would have wrapped up their final Christmas orders by Oct. 15. But due to the threatening climate this year it has been pushed back to Nov. 20.

She warned that if “last-drop orders” are below expectations, she will have to adjust her business plan to compensate. The trend so far hasn’t been encouraging. Hill described first-half growth in the English department stores as “dramatic” with a 6 percent gain. In the third quarter however, the wholesale sell-in dropped by 12 percent, while the retail sell-through slumped by 4 percent. The stores reacted accordingly. “The destocking has been quite dramatic,” Hill said.

John Mortier, senior vice president of commercial at Coty Prestige, said he would be meeting with his distributors in Cannes and trying to give them reassurances while formulating a plan of action. He suggested putting an emphasis on point-of-purchase displays and showing merchandise in the best light. He acknowledged that the duty free business had already begun to experience turbulence with a drop in September traffic, but said Coty has not rolled back any of its launch plans or cut media.

Mortier agreed that there could be economies realized in fixed costs, but added, “we should put all our money behind the products in the marketplace. You don’t want to kill your brand.” He suggested that reductions could be made in inventory levels in the warehouse, not on store shelves. “We can make cuts behind the scenes. We should not panic consumers.” On a bright note, he said that Coty’s launch of Gwen Stefani’s Harajuku Lovers hit a number four sales ranking on fragrance bars in American department stores last week.

Carolyn Tastad, vice president of Global Prestige Products, market development organization, P&G Prestige Products, acknowledged, “We have seen increased volatility, but we feel fairly optimistic and part of that is because we have a portfolio of brands that is doing well and we are focused in our efforts to support them. We heard about some increase in trade rebates and discounting. That’s a concern. The category needs to stay focused and not take away that specialness.”

Hartwig Langer, president of Global Prestige Products at Procter & Gamble Co., talked about reinforcing a sense of luxuriousness. “Strong brands will come out stronger,” he added, pointing to his 15-year-old Hugo Boss franchise that is still racking up double-digit increases. “We are not reducing spending. We’ll keep flexibility and keep building value share — that is the name of the game,” said Langer. While noting that the silver lining of the financial crisis may provide this industry a chance to refocus on cherished fundamentals, he paraphrased champion investor Warren Buffet as saying, “when the tide goes out you can see who is swimming naked.” He summed up his sentiments with the statement, “we are committed to category growth.”

Feeling confident following a string of hit launches, Alain Lorenzo, president and general director of Parfums Givenchy, exuded determination. “It’s all about gaining or losing market share. We hear about the crisis all the time, but we don’t see it.” He then illustrated the value of being nimble. Lorenzo said Givenchy made an effort to solve a dilemma manufacturers usually face when confronted with the choice to make a fragrance commercial or creative. The solution was to come up with two versions of new men’s scent Play, which was based on an accord of amyris wood from Haiti. A fresh and an intense formulation were put in a handful of test markets like Holland, Greece and the U.K. Based on the resulting sales, Givenchy will roll out the two versions to the rest of the world next year.

Remy Gomez, president of Beauté Prestige International, a French subsidiary of Tokyo-based Shiseido, said the economy based on illusions has collapsed and now the real economy is the focus. “Go back to the basics, to what has substance, is relevant and what has meaning, like motivating staff.” Eric Henry, chief operating officer of BPI, ticked off the pluses and minuses of the current situation and declared that the strengthening U.S. dollar is a boon for European exporters to America.

Bolstered by reports on Tuesday of a 30.7 percent jump in first-quarter profits, Estée Lauder is moving ahead with resolve. Cedric Prouve, group president, Estée Lauder International, said, “We have to be very cautious, but nimble and able to react.” One point of concern is a concentration on spending. “We have to focus on ‘need to have’ rather than ‘nice to have.’” He moved to the head of the pack of those determined to gain market share. “If you play it right, you can come out with a good position. It’s not about dropping the sails and waiting for the storm to pass.”

Eric Tarral, who is finishing his first year as travel retail worldwide managing director for L’Oréal, said the new wrinkle in L’Oréal’s mission in Cannes this year was to reintroduce YSL Beauté as its latest acquisition. Tarral said the brand was an important force in French fashion, complementing L’Oréal’s well-developed presence in Italian and American designer brands. He added that L’Oréal’s global presence would give a boost to YSL in local markets and in travel retail around the world.

But he cautioned that the industry faces “volatility in all markets.”

“It’s something to be taken seriously,” he said. He added this crisis is different from those that upset the duty free market in the past. “This is a general slowdown and we have to be very realistic. The fundamentals of the market have changed.”

He stressed that L’Oréal remains the leader in travel retail with a more than 20 percent market share. He pointed out that “we have to be very precise on how we allocate our means.” One area of concentration should be on animation of shops at point of sale. “So we can convert the traffic and bring them into the shops — innovation is important.”

The main message is, “It’s important to be very realistic, very flexible and very close to the market.”

Philip Shearer, who is making his first trip to Cannes as ceo of Groupe Clarins, said his biggest worry was a possible credit crunch that could paralyze retail customers who are overly leveraged. “What you don’t want is one of your key customers to run out of cash and stop paying because the ripple effect will be huge. When the money stops flowing, it will be big trouble.” He concluded it always will be a cash game.

The fragrance market will be the hardest hit, according to Carsten Fischer, director, corporate executive officer, chief officer of international business division and professional business operations division of Shiseido. This is because fragrance has not maintained its aspirational nature. “We have to make sure that skin care and makeup do not follow suit,” Fischer said. Shiseido has recently reduced the number of product initiatives with an eye toward larger results backed by more consistent support.

“From our perspective, everybody is being cautious,” said Nadia Miller, vice president, brand development for La Prairie. Miller acknowledged clients are buying less with the same frequency. “Deep and narrow is going to be the new direction,” she said, noting “smaller selections that will sell out.”