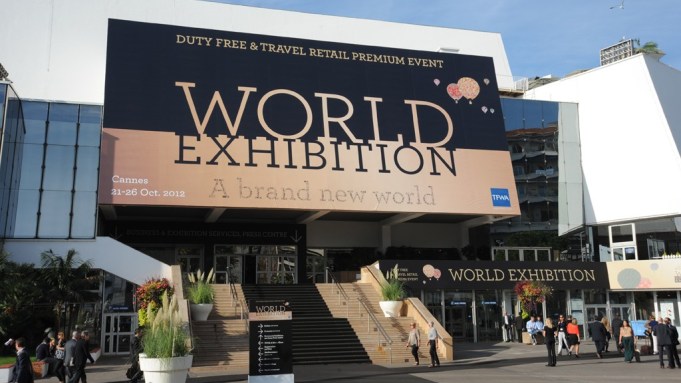 CANNES, France — Beauty’s travel-retail business — worth $14 billion globally — is going from strength to strength, thanks largely to passengers from emerging markets.

That was the buzz during the Tax Free World Association annual meeting at the Palais des Festivals here, which ran from Oct. 21 to 26 and was among the most optimistic in recent years. It was also the busiest, with visitor numbers rising 4 percent versus the 2011 session to 6,074, and the amount of companies represented gaining 5 percent to 2,877.

Despite the uncertain economic global and geopolitical environment — and a noted slowdown in travel retail, especially in China and Brazil, over the past few months — the beauty category is poised to grow by double digits again in 2012.

“We’re double-digit everywhere. There are more travelers, definitely the Chinese, Russians and Brazilians have been all over Europe and the Americas, and still there are more passengers,” said Ariel Gentzbourger, senior vice president of Shiseido Europe.

“One of the things that really stands out is the amount they’re spending; the basket size is enormous versus the average,” added Bill Brace, vice president of global marketing development and operations at P&G Prestige.

“For us, the Chinese start to be in some areas our first client, especially in Europe,” noted Ferragamo Parfums chief executive officer Luciano Bertinelli.

Erik Juul-Mortensen, TFWA president, set the scene at the opening conference for many of the discussions that took place during the trade show. There he focused on the theme “a brand new dimension” and highlighted three key influencers on the travel-retail business today and for the future: customers’ new profile, the uncertain global economy and the ever-increasing pace of technological development.

In 2011, for the first time ever, the Asia and Oceania region became the largest for travel-retail sales including all product categories combined, ringing up 34.8 percent of the $46 billion total business, according to industry tracking firm Generation. That’s compared to Europe, the second-largest zone, which generated 33.9 percent.

Asia has become such a force, in fact, that TFWA plans to hold a new trade show in Beijing, in partnership with the Asia Pacific Travel Retail Association, in March 2013.

Juul-Mortensen cited persistent economic turmoil and gloom in Europe, a weak U.S. economy plus political and social unrest in North Africa and the Middle East as worldwide factors that can negatively impact the business.

The conference’s keynote speaker, former U.S. Secretary of State Madeleine Albright, who sported a brooch depicting an airplane flying over Africa, outlined the importance of being flexible and approaching rapid change with optimism.

“Unless we are able to understand the forces that are at work in the world, we will constantly be surprised, which in our era neither business people nor diplomats can afford to be,” she said.

To illustrate the rising significance of technology today, 3-D glasses were given to audience members to watch the projected images accompanying Juul-Mortensen’s speech.

“It’s something our industry must embrace as a matter of urgency if we are to gain the huge advantages that this technology makes possible,” he counseled.

It’s all part and parcel of the push to grow the market rapidly. In 2012, it is forecast to gain 10.9 percent to $51 billion, with the Asia-Pacific region’s travel-retail sales expected to increase 22.9 percent to $19.69 billion. Already in the first half of 2012, beauty boasted 30.7 percent of the market worldwide, up 8.8 percent against the same prior-year period, according to Generation.

One factor driving business for World Duty Free Group is what its executives refer to as “destination targeting,” involving the focus on where people from different nations are traveling to and then honing in on the retail offer and service at their destination.

“This is the future of travel retail,” asserted Antonin Carreau, global head of beauty at the company, which has been ramping up destination targeting over the past year. “With the way we track ourselves — in all our businesses — we can see the drivers, we can see [people’s] habits, and better address and better service these consumers.”

Citing growing demand for high-end skin-care brands by Asian travelers in Vancouver International Airport, for instance, World Duty Free recently reopened a beauty shop there with an assortment of prestige treatment products with more space and visibility. The strategy has paid off handsomely, said Carreau.

“We are now planning up to 18 months in advance some programs with [certain] brands, asking them, for example, for exclusives. We are getting exclusives ahead of domestic markets,” he continued. “We don’t see ourselves only as an airport retailer. We see ourselves as a beauty retailer, and we need to service our consumers better than key department stores are doing.”

To help best assist passengers from different countries, World Duty Free advises some of its partners on how to organize their beauty advisor staffing schedules (with a focus on certain languages being spoken at specific times, for instance), according to passenger flow, so there’s a maximum return on investment, explained Carreau.

“You don’t sell the same way to a Korean woman as you would, even the same product, to an English or a French lady,” he said.

L’Oréal is also focusing intently on how to best reach certain nationalities. For example, since Russian women may purchase some of their fragrances domestically and abroad, “the amount of money we are investing in terms of campaigns — TV, press, etc. — for our feminine fragrances is not linked to the size of sales done in Russia. It’s [reflecting] the size of the sales done by Russian women purchasing in Russia, in the travel-retail channel and in the countries they visit,” explained Barbara Lavernos, managing director of L’Oréal Luxe travel retail worldwide.

Ditto for Brazilians, who tend to buy abroad due to high luxury-good taxes and relatively poor selections at home. Once they get into specific airport stores, L’Oréal has created special travel-retail offers for them, and beauty advisers can speak Portuguese.

“We also have specific gondolas with, let’s say, 10 Brazilian favorite products from across our brands, for example,” said Lavernos, adding holiday-specific retail-tainment can be part of the travel-retail mix, too.

La Prairie is another brand to have been discoursing with travelers in their own languages. An increasing number of its beauty advisors can speak Mandarin in the Los Angeles airport, a high-frequency thoroughfare for Chinese passengers, for instance.

“If we are not able to offer a service in [passengers’] native language, we try to compensate through iPads,” said Patrick Rasquinet, president of La Prairie Group, explaining those allow consumer to navigate product assortment in their own tongue.

The company hopes to roll out elsewhere a retail concept similar to its 680-square-foot location opened in the Zurich airport this summer.

At the same time, Nuance is working on a masstige beauty concept. It teamed with L’Oréal for a collection of brands, including Maybelline, L’Oréal Paris, Essie and The Body Shop, for a model being tested in Malta.

Coty Inc. has been diversifying its beauty category offer in travel retail. The company introduced OPI nail products starting around April. One promotion involved an in-house nail artist in the Vienna airport.

“It provided theater. It was a way to expose the brand,” said Peggy Elsrode, senior vice president commercial for Coty Prestige responsible for EMEA, Asia Pacific, export Europe and Latin America as well as travel retail worldwide. “From a return standpoint, it was a phenomenal success.”

Executives agree there are plenty of areas for development in travel retail. Some geographic white space includes India and Africa, according to Philippe Benacin, chairman and ceo of Inter Parfums SA.

“[Travel retail] is absolutely one of the faster-growing channels, and that’s why we’re so bullish and optimistic about it, and not only for the short- and midterm, but long-term,” said P&G’s Brace.

“I think the market [still has] enormous potential,” continued Olivier Bottrie, president of travel retailing worldwide at the Estée Lauder Cos. Inc., highlighting among numerous aspects increasing footfall. “Traffic is something inbuilt in travel retail. There are very few channels of distribution where we know that traffic will continue to grow in the next 30 years, on an average of 4 or 5 percent [annually].”