How brands are implementing their own best practices in the midst of CBD's Wild West.

The craze is here.

CBD is swiftly taking over the beauty and wellness sectors. Search interest in cannabidiol reached an all-time high in March, according to data from Google, and “what is CBD?” is currently the search engine’s top CBD-related question. Brands big and small are racing to push product to market to capitalize on the growing trend, but with limited regulation — and a general lack of knowledge — the challenges abound.

Skin-care brand Farmacy is experiencing some of these challenges firsthand following the launch of its Better Daze Ahead CBD hemp oil moisturizer. The brand’s current platform provider advises against the sale and promotion of CBD products on its platform, and brands that do so anyway run the risk of having their core web site shut down. To avoid a shutdown, Farmacy decided to build a microsite dedicated to the sale of its CBD product.

But according to Su-Kyun Chung, Farmacy’s general manager, even that workaround is proving problematic. 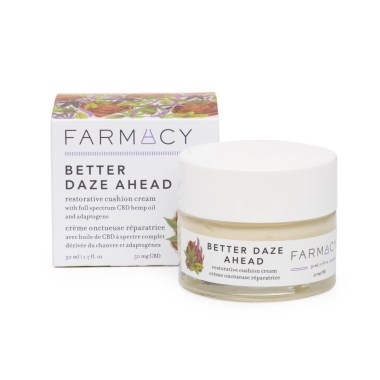 “The microsite is not convenient and it’s not going to convert from the traffic that you have on your web site,” said Chung. “It’s a nuisance and not a pleasant customer service experience.”

More issues lie ahead, as the brand is now struggling to find the right payment processor. Farmacy was among a group of CBD brands that had been working with U.S. Bank-backed Elavon, but in March, the payment processor said that it would no longer handle CBD payment processing. The announcement sent many scrambling, said Ashley Lewis, cofounder of cannabis apothecary Fleur Marché.

“Elavon was a godsend to a lot of CBD brands,” she said. “Everyone’s scrambling now to go find new solutions. It is an issue. I think it’s going to be solved. There are a ton of processors, new solutions coming every day.”

Following Elavon’s announcement, Farmacy applied with another financial processing company, said Chung, who is currently awaiting a response. The brand is hoping to launch its CBD moisturizer on Sephora.com later this month; a Better Daze Ahead product page is live, but inventory has yet to be stocked. 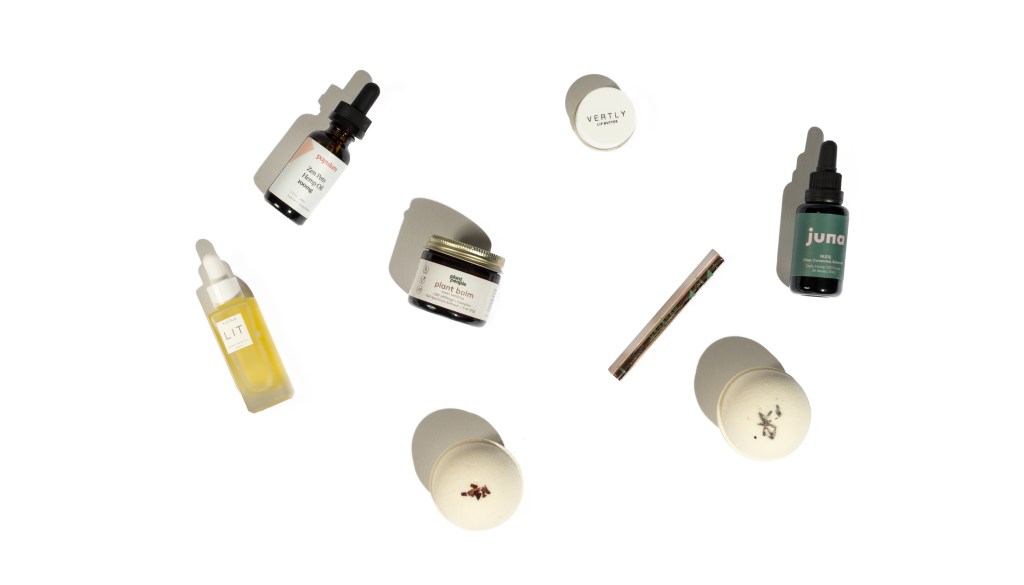 A sampling of the products and brands Fleur Marché offers.  Courtesy Image

Laboratory testing is another major area of concern, according to Shuli Suman, founder and owner of True Science Laboratories, LLC.

“In the state of California, since legalization, 66 testing licenses were offered and 17 of them have already either been suspended or rescinded or forfeited,” said Suman. “Of the remaining 45 or 47 labs licenses, I think around 30 are in operation in the entire state. Only two have full accreditation, neither of which had that accreditation when they got into the market. If you’re doing testing on things that are literally harmful to humans and pets, because CBD is used for pets as well, then choosing a lab that is fully accredited and is doing quality work is imperative. There just aren’t that many of them.”

Testing is a major part of the vetting process for CBD curators such as Fleur Marché and Svn Space. Fleur Marché carries 25 CBD brands; Svn Space carries about 30.

“We’re in a new industry right now where there are some sketchy players,” said Megan Villa, Svn Space’s creative content director. “In order to be safe and not screw things up, because this is in its infancy, we all have to do our due diligence until there’s some sort of regulation put forth by the FDA.”

Svn Space requires a certificate of analysis from brands that essentially confirms the amount of CBD they claim is in the product is actually in the product. “It also tests for mold, heavy metals, toxins [and] other cannabinoids like THC to make sure that it’s hitting that less than 0.3 percent threshold for THC that’s required by law for it to be considered hemp-derived CBD,” Villa added.

Fleur Marché asks its potential partners to fill out a questionnaire that digs into specifics such as where and how the brands source their hemp, whether it is certified organic and how it is tested. Lewis and cofounder Meredith Schroeder also ask that brands submit all of their testing so they can review it themselves.

“That’s when the long process really starts because oftentimes we’re seeing a discrepancy, we need more documents, things like that,” said Lewis. “It’s often a multiweek process to ensure that we feel good about putting it on the site. It can take up to a month.”

“The two most clicked-on articles are literally ‘what is CBD’ and ‘how to dose,'” said Schroeder. “Those two were neck and neck. People are still trying to get to the bottom of understanding what [CBD] does and its benefits.”

The Problem With Marketing Cannabis Beauty

Cannabis Beauty by the Numbers