A depressed domestic market is not the only headache tormenting the Italian beauty industry.

By Pete Born and Cynthia Martens and Jennifer Weil on April 18, 2014
View Slideshow 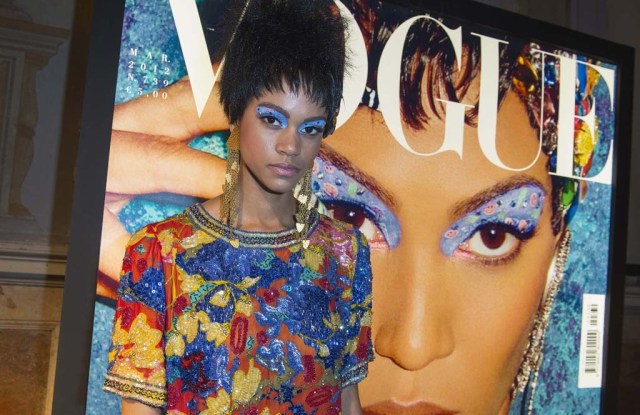 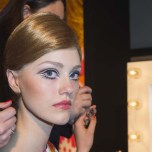 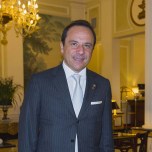 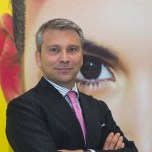 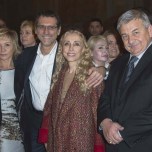 BOLOGNA, Italy — A depressed domestic market is not the only headache tormenting the Italian beauty industry. A cold chill of concern about the stability of business with Russia generated a current running beneath the usual discussions at the recent Cosmoprof trade show here.

“There’s a situation of uncertainty; there is a fear that after Western sanctions there could be sanctions on the Russian side,” said Duccio Campagnoli, president of BolognaFiere and Cosmoprof, which ran from April 4 to 7.

“We were in Moscow for a fair when the Ukrainian crisis emerged, and we noticed that there was a feeling of not only uncertainty but also worry on the behalf of buyers regarding their work,” he said.

Russia is the sixth-largest export market for Italian beauty manufacturers, and sales of Italian products there rose 5 percent last year. While Russian tourists are a great source of revenue for local merchants, Augusto Mazzolari, the most famous of Milanese perfumery owners, said his sales had been growing early this year and then hit a bump.

“Lately, ever since America went up against Russia, we’ve lost some of our Russian clients,” he said. “We had a sales increase in January and in February and a drop in March. Russians spend a lot.”

Ferragamo Parfums president Luciano Bertinelli said the decrease in the number of Russians traveling to Europe and the recent devaluation of the ruble had caused a noticeable dip in business.

“We’ve felt it, too, in our Ferragamo boutiques — a drop in the number of Russian clients,” he said, noting that the problem had rippled across the industry. “The fragrance business has also significantly slowed down [in Russia] because of pricing problems. This is a major issue in the first half of the year.”

The jitters over Russia come against the backdrop of an industry that has recently grown dependent on exports to compensate for a suffering domestic business. Italy’s beauty market was down 1.2 percent in 2013 year-over-year, whereas exports rose 11 percent, according to Cosmetica Italia, the association of Italian cosmetics companies.

Cosmoprof’s recent efforts to bring buyers into the fair to meet manufacturers featured a rare appearance by a Russian contingent led by Irina Nazarova, project manager at the Italian-Russian Chamber of Commerce.

She said Italian companies “are afraid of the sanctions applied toward Russia” and the situation in the country is unclear.

Meanwhile, some Russians said it is business as usual. Olga Lukyanova, brand manager at Natura Siberica, an organic Siberian skin-care label, said there has been “no impact” on business due to the political situation. Hayk Sargsyan, chief executive officer of Moscow-based distributor Supercosmetics that is behind the Cosmotheca chain, said any possible fallout would not be limited to the cosmetics sector but be for all business.

While various Italian exporters and even Russians downplayed the specter of trouble, others were more vocal in describing the strengthening of a roiling undercurrent.

“Everything has been stopped,” said Fabio Franchina, president of Framesi. “The level of consumption dropped 20 percent in two weeks — of any kind of goods. Even the major players decided to reduce any kind of importation or any kind of investment from now on. We can only wait and hope.”

There were also market reports that La Rinascente, Milan’s dominant department store, suffered a sharp drop in sales in its luxury and children’s apparel departments — areas that draw a large percentage of tourists. In contrast, foreigners make up only an estimated 17 percent of the store’s beauty department revenues.

The uncertainty about Russia and the Italian economy was echoed by speculation about the future tenor of Cosmoprof Bologna itself.

One symbol of change in the fair’s sprawling collection of buildings was a pavilion dedicated to Korean beauty innovation, which has been a topic in the news. Another rising trend — the surge of young indie brands — was showcased for a second year by the Extraordinary Gallery. An additional hot-ticket element was Cosmopack, the packaging trade show that ran from April 2 to 5.

Campagnoli stressed that Cosmopack was upgraded as its own destination this year.

“We will be investing a lot in the next few years,” he said. “The American market is very important in packaging, and so we are thinking of making an additional investment beyond Las Vegas [Cosmoprof’s current North American fair]…in packaging.”

Campagnoli said American buyers are very appreciative of Italian packaging, and therefore Cosmoprof is eyeing the East Coast of the U.S. as a location for a new packaging show.

The current state and future of the Bologna trade show has been debated for years. Fueling the conjecture recently has been a migration of major market brands to the Singapore- and Cannes, France-based trade shows. A number of small fairs showcasing niche fine-fragrance label brands have sprouted up in Milan as well.

In the latest example of the growing trend, the Accademia del Profumo this year moved its 25th annual award ceremony to Milan after years of hosting it in Bologna during Cosmoprof.

The shift of the fine-fragrance and perfumery segments to Milan and the other trade shows is “not a political issue” in the estimation of Fabio Rossello, president of Cosmetica Italia.

“There’s this choice to have [the awards ceremony] travel around Italy to make it a more itinerant show,” he said, referring to the industry’s Made in Italy campaign to promote the country’s exports. However, Rossello added he expects the event to return to Cosmoprof Bologna every four to five years.

Meanwhile, he definitely wants to bring fine-fragrance and other perfumery brands back to Bologna. Rossello envisions creating a “supermarket” space. “Imagine a big Sephora, where people can try different perfumes,” he said.

Rossello described changes he would make to the fair by identifying what he feels is lacking in the American, Las Vegas-style shows. “In the U.S. it’s very basic, in my opinion.…Here, there is more style,” he said.

Rossello would like to include all the elements of the local culture in the fair. That’s why, for instance, Cosmoprof partnered with Vogue Italy for a Beauty Night Out in Bologna on April 5.

As part of its 50th anniversary celebrations, Vogue Italy also selected a pool of local rising young beauty talents — makeup artists and hairstylists — who recreated five past Vogue cover looks at a cocktail reception held at the historic Palazzo Re Enzo in Bologna.

The injection of fashion, if only for a night, might not be enough, however. Some people like Franchina think that vein should be mined even further.

“In the fashion business, Milan is so important. Twice a year everyone shows a new collection and everyone goes to Milan, to Paris, to London, to New York to see something really new,” he said. “Here should be exactly the same thing — not in April, but in mid-March, the occasion to show the new spring-summer collection for any kind of business. So everybody needs to come here.”

In that case, for four days Bologna would be the “capital of beauty,” said Franchina. “I think that everybody is ready to do something more like this.”

Anastasia Soare, ceo of the Anastasia eyebrow brand, had another suggestion. “I’d like to see something very selective,” she said of the show. “But they’re talking too much to the public and not focused enough on the industry.”

Although growing, Italy’s beauty business abroad isn’t enormous for domestic labels. During Cosmetica Italia’s conference at Cosmoprof on April 3, Gian Andrea Positano, director of its research facility, said about 34 percent of beauty production is exported by brands and that ideally it would be half. He added that contract manufacturers export 78 percent.

On the theme of increasing domestic beauty revenues, Cosmetica Italia will host another conference in June to discuss monobrand stores and direct sales, which Positano said “should be perceived as a concrete help to in-store sales” — rather than an impediment.

There were a number of international buyers at the show scouting for unusual and distinctive brands.

She also expressed an interest in start-up indie brands, but acknowledged the difficulty of working with fledgling entrepreneurs who lack business know-how.

“Some of them want you to build their business for them; if it’s a brand you truly believe in, you are willing to help,” she said.

“You can do the hand-holding for a certain amount of time,” said Claudia Lucas, beauty director at QVC USA, during a panel discussion at the fair. She added that, after a period, brands need to become more independent in order to survive.

Their survival is key for today’s business. In the competitive retail landscape, indie brands are a much-needed point of difference.

In Hong Kong — “the gateway to China” — there is a rivalry among the numerous department stores for stellar labels, said Anita Yuen, beauty director of Harvey Nichols Hong Kong.

Cinzia Baldelli, La Rinascente’s head of beauty, children’s wear and toys, added, “In order to be global, we need to have new brands to satisfy the customers coming into our shops.”

Attendance at Cosmoprof rose 7 percent to 207,238 visitors, 59,319 of which came from outside Italy. Twenty-four national collectives, including newcomers such as Japan and Singapore, were present alongside 2,450 exhibitors.