Undercover Shopper: Bluemercury’s Shop Around the Corner in Midtown

Seeking a makeover in Midtown, Ellen Thomas heads to Bluemercury's flagship at the Hilton hotel.

The Bluemercury flagship in New York.

When Barry and Marla Beck opened Bluemercury’s New York flagship at the base of the Hilton Midtown on Sixth Avenue in 2017, the idea was to transform the retailer’s reputation from little shop around the corner to international beauty hub.

Two years later, when I entered the store at 4 p.m. on a Wednesday, it appeared the husband-and-wife cofounder team had achieved just that. The 2,700-square-foot space — complete with a spa — was teeming with tourists and workday professionals browsing the store’s mix of luxury offerings from both familiar and niche brands. A diverse crew of about eight store associates zipped around the floor, touting to customers the benefits of a $185 Chantecaille serum and explaining the effect of a certain Hourglass skin tint — “It’s as if a tinted moisturizer and a foundation had a baby. I’ll make you a sample.”

Inspired by a woman who looked thoroughly delighted with the results of her Bobbi Brown makeover, and not wanting to fight the afternoon rush, I stepped outside and dialed the store’s phone number to schedule my own makeup consultation for the following morning. The woman who answered the phone suggested I stop by at 11 a.m., when the store would be less crowded. She asked me what I was looking to get out of my appointment (“I hate all my makeup, and I’m looking for a new routine”) and then asked for some of my favorite brands (“NARS, Bobbi Brown, and I’ve heard the Lune+Aster brand is good but I haven’t tried it.”)

I arrive back at the Hilton the next morning for round two. I’m now the only customer in the store, and I have more time to appreciate the ambience — polished marble surfaces and hardwood floors, gleaming white cabinets with glass knobs, and Hanson’s “Mmmbop” playing on the sound system. Tasteful chandeliers hang from the ceiling. The vibe is 16-year-old getting ready for a school dance in her mom’s Upper East Side closet, which isn’t necessarily a bad thing.

A store associate with the skin of an angel and impressive orange-red lip color has been assigned to my case. Raychelle greets me warmly and compliments my earring. I like her already. We go over what I’m here for — a new makeup routine with a focus on complexion coverage for the inevitable redness my skin gets in the summer.

Raychelle recommends that I start with skin care, which I agree is a good call. She suggests four Skinceuticals products, two of which are designed specifically to combat redness — Redness Neutralizer and Phyto Corrective Gel. After massaging the products in, she holds a mirror up to my face. “See the difference?” I do see a noticeable reduction in redness, and am impressed.

I tell Raychelle that I don’t like heavy foundation, and that I prefer to look even-toned and dewy. She recommends a combination of the NARS Sheer Glow Foundation and Radiant Creamy Concealer, and tries several shades on my skin until finding my perfect match. Raychelle is full of tips and tricks — when I say that I don’t know how to use my Beautyblender, she recommends that I remember to “wet, squeeze, blend” before applying.

The rest of the makeup application goes similarly — we talk about what I like and don’t like, she makes recommendations, and then talks me through the application process so I can replicate the look at home. When all is said and done, I have my new daytime look, which includes the NARS complexion products and a NARS contour, highlighter and Orgasm blush, a NARS Long-Wear eyeliner in a perfect shade of dark purple (very complementary for my green eyes, according to Raychelle), Trish McEvoy mascara and Lune+Aster lip gloss. Toward the end of our time together, the store began filling up again. Raychelle remained cheerful and unfazed by the throngs of tourist groups filtering into the store, including one group of middle-aged women who paused to watch her work as if they were viewing a museum exhibit. 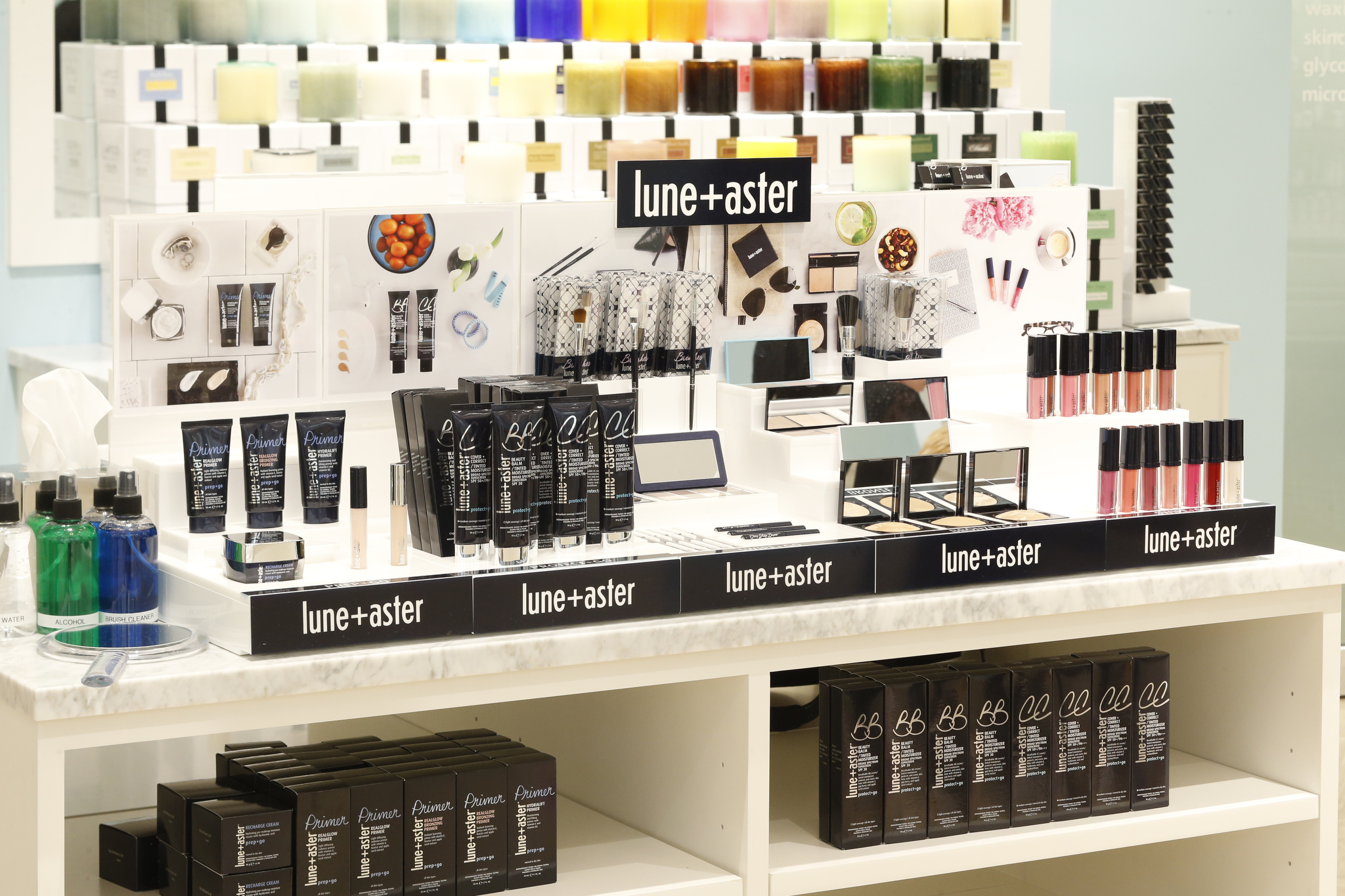 Raychelle finishes my look with a spritzing of RéVive Skin-care’s energizing spray to set the makeup, explaining that this will help hold my new daytime look in place all day. I’m pleased with the result — later, my editor tells me I look like I have an Instagram filter on my face — though I am hesitant I can replicate Raychelle’s careful handiwork at home.

Typically, a consultation like the one I’ve had costs $45, but since I decide to pony up for the NARS foundation, concealer, eyeliner and Trish McEvoy mascara (grand total: $146.25), Raychelle waives the fee. She guides me through checkout on one of the store’s iPads — this location serves as Bluemercury’s digital hub, where the retailer tests out new technologies before rolling out to its other locations. I store my contact information in the store’s database, where a record of all the purchases I ever make will be held, in case I forget the name of a product or shade, which is highly likely. I tell Raychelle that I’m thinking about coming back for the skin care, and she recommends I stop by between June 5 and 11 during the store’s Summer Shopping Party, where deals and GWPs are to be had. She sends me on my way with samples of Bluemercury’s house skin-care line, M-61’s Power-Glow Peels, which she says will be good for exfoliating my sensitive skin.

I saunter out of the store onto a congested Sixth Avenue, equipped with my new products and sporting my new “daytime look,” as Raychelle dubs it. One would think Midtown would be a hellish location for a Thursday morning makeover, but my experience at Bluemercury, ensconced amongst its marble counters and mood lighting, was nothing short of thoroughly enjoyable. Bluemercury may be morphing into a specialty beauty behemoth with locations sprouting up across the country, but its mom-and-pop charm remains intact.