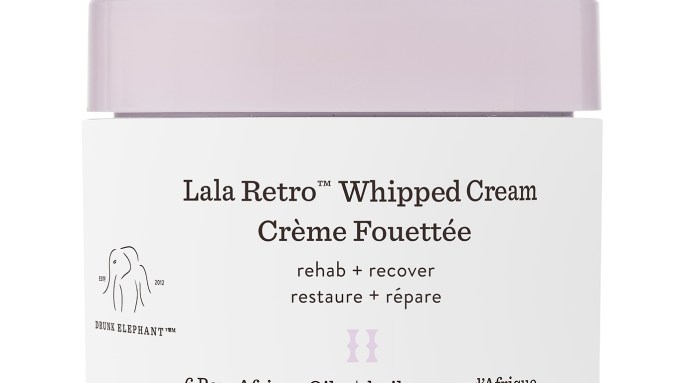 The customer feedback loop has ramped up due to social media — and brands, especially in beauty and personal care, are having to act faster than ever to keep loyal customers happy.

Digital has given way to the most instantaneous form of customer service, with hundreds, and in some cases thousands, of comments posted by consumers on the e-commerce sites and social channels of their favorite brands daily. With the tap of a finger, one’s likes, dislikes, concerns and more can be voiced — and the smart companies are using that feedback to inform their business decisions, from packaging to formulation.

The feedback is also forcing them to make decisions faster and faster, prompting brands such as Drunk Elephant, Becca, Urban Decay and Michael Todd Beauty to make changes within weeks or months rather than years.

For instance, Drunk Elephant introduced its $60 LaLa Retro in April, a moisturizing cream in a jar. According to Instagram, where the brand has nearly 24,000 followers, fans liked the formula ‚ but they didn’t like the packaging. Unlike Drunk Elephant’s other products that come in an air-tight pump — including the B-Hydra Intensive Hydration Gel, the C-Firma Day Serum and the T.L.C. Framboos Glycolic Night Serum — LaLa Retro came in a jar.

Comments on Drunk Elephant’s Instagram account ranged from “Yes…Lala I will love you, but will wait until the airless pump, yes maybe the jar is fantastic but is so risky of contamination with fingers and air,” to “Why jar Why????”

“We have set the bar with our own brand by containing everything in an airless pump. We have done that across the board. We deviated this time — and never again,” Tiffany Masterson, founder of Drunk Elephant, vowed.

She confirmed that, after the negative feedback, the company will re-release LaLa Retro in an air-tight pump in September — a mere four months after the initial launch.

“We are listening. We will make changes based on their demands. We want to be connected; we want to be accessible. We want them to know that we heard them. I’m a consumer, and my brand is driven by my experience as a consumer,” Masterson said.

Drunk Elephant recognized that those consumers commenting about the packaging were its most loyal — and if it didn’t react fast, the brand risked losing them.

Bob DeBaker, chief executive officer of Becca, realized the same thing after an outcry from the brand’s fair-skinned customers this winter. The company released its Aqua Luminous Perfecting Foundation in eight shades at the end of January, which promised a “shade for every skin tone,” according to DeBaker.

“Almost immediately we heard back from the very fairest skin tones that we missed [and] that we did not have a shade that was light enough for them. It was very quickly a common and constant message from that audience. We went back and checked everything; we recognized right away that they were right,” DeBaker said, noting that before even seeing 20 comments — from direct messages to comments on postings — the social media team contacted the marketing team and said, “Do we really have an issue here because this is what we’re hearing?”

The marketing team then went to the product development team, who identified a shade that was appropriate for the lightest of skin tones. And on April 14 — 75 days later — a ninth Porcelain shade made its debut.

“Once we had that shade [in stock], we let all of those individuals who commented know. We went back to them and said, ‘We’re sorry, we hear you. You’re right, we missed,’” DeBaker said, adding that as a courtesy, the company sent a few hundred bottles of Porcelain foundation to consumers who gave feedback on the issue.

This wasn’t the first time that customer feedback online dictated a Becca decision, though.

DeBaker detailed another example of customer comments on social media that led the company to pull a product. In May, the brand launched the Becca x Jaclyn Hill Champagne Collection eye shadow palette, and after a “small but very vocal audience” voiced their frustrations with the eye shadow’s formula not being up to snuff, DeBaker said the company ceased shipping the product. Becca even let consumers know that anyone who had purchased the palette and was displeased could send it back for a full refund.

“This is the direct line of communication that as consumers we would all like to have with the companies we buy product from. What we learned is that you treat every one of those comments as if they are the factual expression of how that individual feels and if you dismiss it, you’re doing so at great risk to your brand and to your overall business,” DeBaker said.

Michael Todd Beauty, best known for its range of antimicrobial sonic brushes, reintroduced its $23 Charcoal Detox Deep Pore Gel Cleaner in an updated airless bottle earlier this year. But because of social media feedback — where customers claimed that when the bottles were dropped, plungers got pushed down and caused the bottle to leak or break — the company decided to revert to its original bottle with a traditional pump.

While some brands are beginning to react to comments on social media, Urban Decay was early to the space, using YouTube tutorials and comments from social networks to change the packaging of its Eyeshadow Primer Potion — not once, but twice. Because the first version — a hard plastic tube with an applicator wand — gave way to a series of YouTube tutorials from users showing people how to break open the primer so they could use every last drop, the brand repackaged the primer in a squeezable tube (without a wand).

That change in packaging, however, led to customers complaining on social media about missing the applicator wand from the original version, which led to the third and current iteration: a squeeze tube with a wand built into the cap.

“If you show something that’s finalized and then you get all sorts of feedback, it’s harder than if you show things early or along the way,” said Jane Park, founder and ceo of Julep, who early on decided to implement a crowdsourcing element into her business. Today, Julep’s 20,000 most loyal fans, also known as its Beauty Lab, work with the brand at least on a monthly basis and participate in ongoing communication about upcoming products.

Park believes in fostering a dialogue with consumers earlier in the production process, and while she doesn’t think crowdsourcing means abdicating control over one’s ideas or decisions, it does allow a company to decide when and where it wants input. Customers don’t get involved in every decision, she explained, noting that asking “too wide” a question early on isn’t helpful, either (responses will be too broad).

“We don’t like to put it out there unless we’re stuck between option A or option B, and if we can incorporate what people tell us, that’s the best way to co-create with your community,” she said.

Last year, 85,000 women signed up to weigh in on the creation of the brand’s It’s Whipped matte lip mousse. They had a say in shade names as well as voting between a rolling or static applicator.

“People say to me, ‘Isn’t that scary?’ because if you go with B, then the people who voted for A will be sad. But we’ve found that the overall value of getting answers and being transparent in the process is super helpful, [as long as you’re] willing to give up that control and do that transparently in a public forum,” Park said.