Asia and makeup will be among growth drivers for the L’Oréal-owned brand. 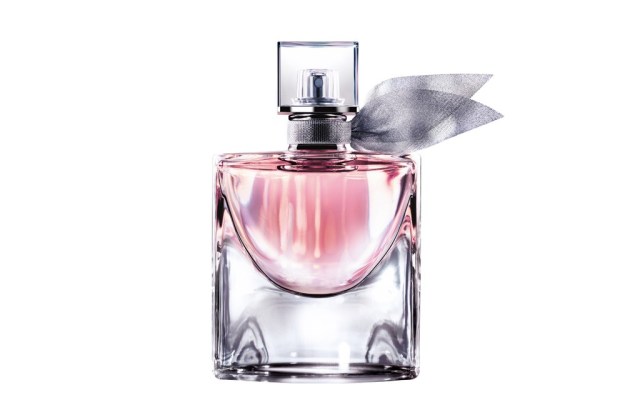 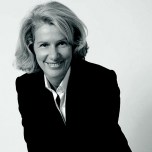 PARIS — As Lancôme readies to blow out 80 candles next year, its general manager Françoise Lehmann took stock of the past, present and future.

“It is an important birthday for us; it’s really the age of maturity for a brand,” said the executive, who started in her position at the L’Oréal-owned label during the summer of 2013.

Since 2010, when a modernization push began at Lancôme, it has outperformed the cosmetics market.

Lehmann would not discuss numbers, but industry sources believe Lancôme is L’Oréal’s third-largest brand. With estimated revenues of 2.3 billion euros, or $2.83 billion at current exchange, it trails L’Oréal Paris and Garnier.

Over the past four years, skin care has been Lancôme’s primary growth engine — fueled by hits such as Génifique and Visionnaire, plus the premiumization of the Absolue line — with sales shifting toward Asia. The U.S. remains Lancôme’s biggest market, but Asia is expected to surpass it within the next two years.

“Europe was a difficult market because there was not a lot of growth, but with the success of fragrance it becomes a growth driver for us,” Lehmann said.

She was referring to La vie est belle, the women’s scent introduced in August 2012 that put Lancôme back on the fragrance map. In its home market of France, the perfume created by Lehmann’s predecessor, Youcef Nabi, who abruptly resigned in June 2013, held the number-one slot among women’s prestige fragrances in the January-to-November period, according to The NPD Group. That means La vie est belle has nudged aside perennial favorites from Chanel and Christian Dior.

“It builds a real connection with women,” Lehmann said of Lancôme’s achievement in scent, also counting the blockbuster Trésor. “Lancôme gets access to the status of a real fragrance house, allowing us to do things we wouldn’t have hoped to do before. We have great expectations for our growth in fragrance for the coming years. Thanks to the success of La vie est belle, now Lancôme is strong in its three [product] segments.”

“Fragrance is growing a lot and rapidly,” Lehmann noted.

Some recent launches that have helped boost business overall include Grandiôse, Lancôme’s most expensive mascara to date at about $32. It ranked first in September in France, the U.S. and Italy, according to NPD. Visionnaire Advanced Multi-Correcting Cream placed fourth in the antiage category in France, Italy, Germany, the U.K. and Spain combined in September, as well.

“Makeup will be one of the key growth factors everywhere in the world,” continued Lehmann.

The executive said she has concentrated on a brand image involving the true “aspect of striking women, authentic personalities.” Reflecting this was a campaign photographed by Mert Alas and Marcus Piggott, which features various Lancôme faces and products that came out in September.

The Absolue advertisement with Julia Roberts, for instance, is meant to portray the actress “in all her beauty, her elegance,” explained Lehmann. “There is a kind of very serene self-accomplishment, yet with inner strength and energy.”

“Luxury is currently crossing over two strong currents at the same time: One part is the emergence of the luxury of senses, experiential, and the other is a luxury that’s more rapid and more ‘bling,’ centered on the products,” Lehmann said. “The two trends coexist. Certain women are after product lines centered on a real experience of overall consumption, while others are especially after a result and immediate benefit. Beauty is no longer only a story between a woman and a brand.”

Lancôme seeks to capitalize on both aspects of the new luxury.

“Women are looking for an authentic relation to the brand,” added Lehmann.

Transparency through digital media is part of this, so in 2015 Lancôme will overhaul its online flagship, involving more tutorials and coaching elements, plus a new way of discussing science.

“It’s not enough to speak about pure scientific performance,” she said.

On other fronts, Lancôme has been modifying its in-store counters and presence — at retailers such as the Galeries Lafayette Paris flagship and Le Bon Marché — to be more experience-oriented. For example, shoppers can discover the smell of the Lancôme rose. And a chandelier gives an at-home feel.

Image studies indicate that key characteristics people link to Lancôme include optimism, sincerity, “Frenchness,” timelessness and science, according to Lehmann.

“I think the [economic] crisis made us rethink different markers of the brand,” she said.

“I don’t think that there is anything wrong with Lancôme,” said Consumer Edge analyst Javier Escalante. “The data shows that all multicategory beauty brands, from Estée Lauder or Clinique to Lancôme, are falling victims of the rise of niche brands, which are strong in just one category — say Urban Decay and MAC on color, with the extreme case being Essie or OPI, which are nail color only — and of the resurrection of masstige.”

Escalante said that unlike the masstige trend in the mid-Aughts, which took place in drug stores (“retailers that didn’t have the ‘authority’ to introduce new or niche brands”), this new masstige trend is taking place in Sephora and Ulta, “which shoppers have granted (or which have earned) editorial or curatorial power.”

“What we are seeing is the fragmentation of categories and brands fueled by specialty stores,” continued Escalante. “L’Oréal is better positioned than Estée to cope with this, as they are very good at scouting niche brands with more mainstream potential, say NYX and Urban Decay.”