The drag artist and burlesque performer is the collaborator and muse for Heretic's newest scent, Dirty Violet.

Violet Chachki on the set of her Heretic fragrance campaign shoot.

The drag artist and burlesque performer is the latest muse to partner with Heretic, a genderless fragrance brand whose scents are made with naturally derived ingredients and do not contain synthetics. Heretic previously unveiled a scent with burlesque star Dita Von Teese. Called Scandalwood, the scent also came in the form of a striptease candle that showed Von Teese in various states of undress. 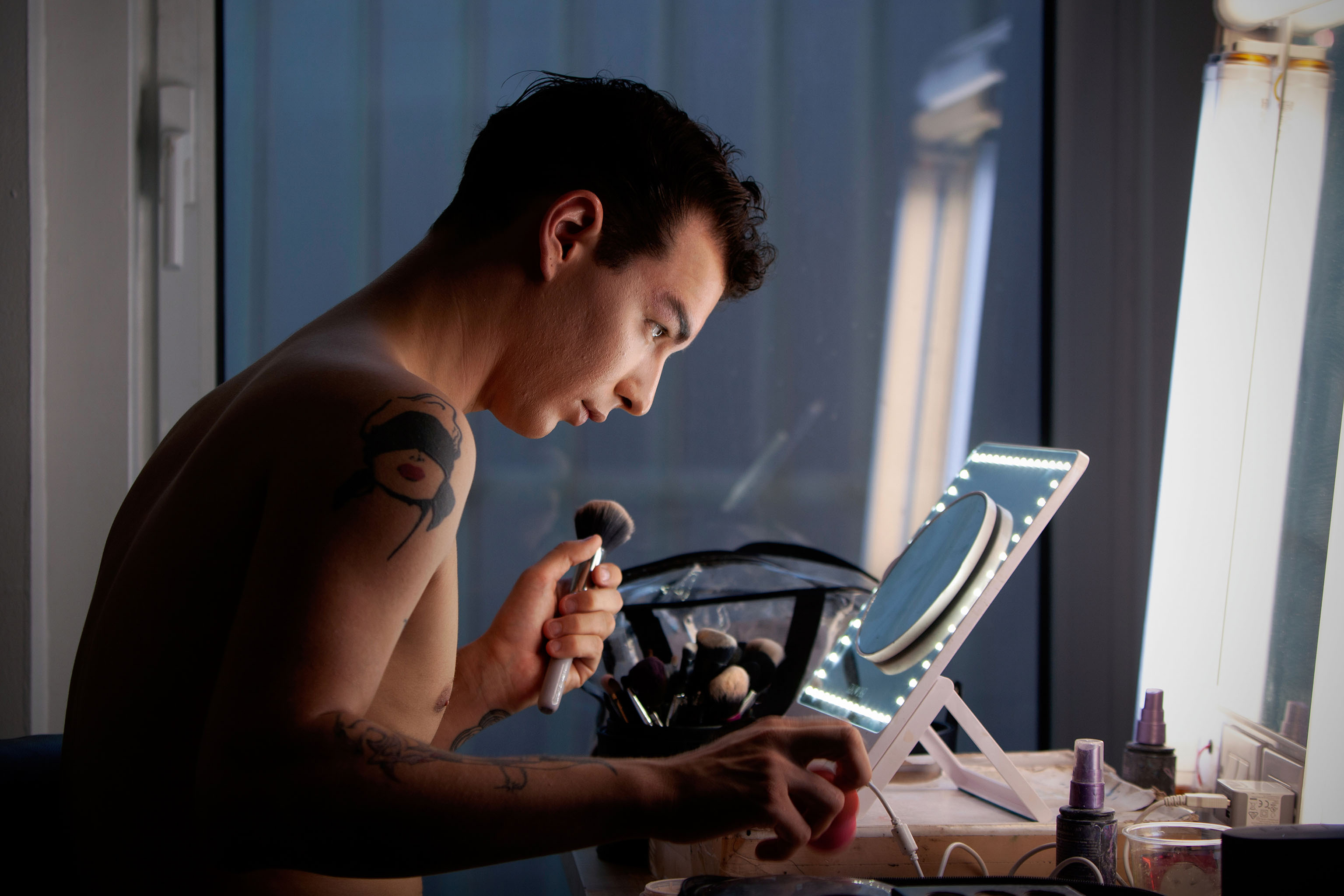 “A lot of drag queens douse themselves in really cheap, what I call ‘whore perfume.’ That’s a quote from something,” said Chachki from the dressing room for her Heretic campaign shoot in late July. “I’m not into the really cheap, feminine, floral situation [and] when someone’s wearing a lot of really bad cologne, I get grossed out. When I was smelling Heretic for the first time, I was impressed because it was organic-smelling and light and refreshing and natural and not overbearing at all and not too synthetic or floral. It doesn’t smell like you’re wearing cotton candy.”

Dirty Violet is sold exclusively on Heretic’s web site and comes in two sizes: 10-mL, $35, and 30mL, $95. It is Chachki’s first fragrance collaboration, though not the first beauty collaboration from the “RuPaul’s Drag Race” alum, who recently appeared in a campaign for Pat McGrath Labs. 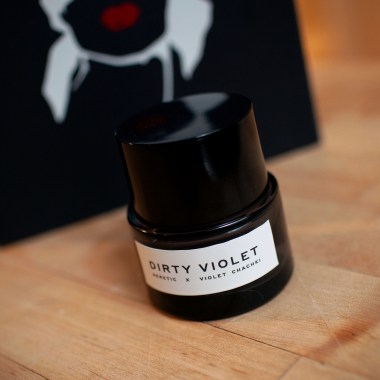 Drag queens have long been a wellspring for influence on the beauty industry. Makeup techniques such as contouring, baking and highlighting can all be traced back to the drag community, and queens such as Miss Fame, Kim Chi and Trixie Mattel have launched their own makeup lines within the past year.

In May, Chachki became one of the first drag queens to walk the red carpet at the Met Gala, themed “Camp: Notes on Fashion.” She has since embarked on her first solo tour, which kicked off in the U.K. in September.

“This is where I see my drag going and how I see myself being represented,” Chachki said of her tour. “I’m living and doing my work on my own terms. It’s a lot of pressure, not just for the audience, but for myself. It has to go well. Everything’s been conceptualized and designed. Now it’s about physically receiving costumes and finishing touches and rehearsals and costuming and cracking the whip.”

A native of Atlanta, Chachki began doing drag to escape the constraints of Catholic school. She spent hours flipping through magazines and scrolling through Tumblr, falling in love with dark-haired beauties like Bettie Page, Vampira and Violet, a character played by Jennifer Tilly in the 1996 queer film “Bound.” The last of these is where Chachki got her drag name.

“I’ve always been inspired by strong, confident, powerful women,” said Chachki. “For me, [drag] is about escapism and expression and gender fluidity. I always say it’s the most creative thing you can possibly do because you’re basically giving birth to a whole person, character. How do they look, how do they walk, how do they act, how do they sound? What does the performance look like, what are they dressed like? It’s like giving birth to a child, but you actually have total control over the child’s everything. Like how most parents want to have, you do have total control.” 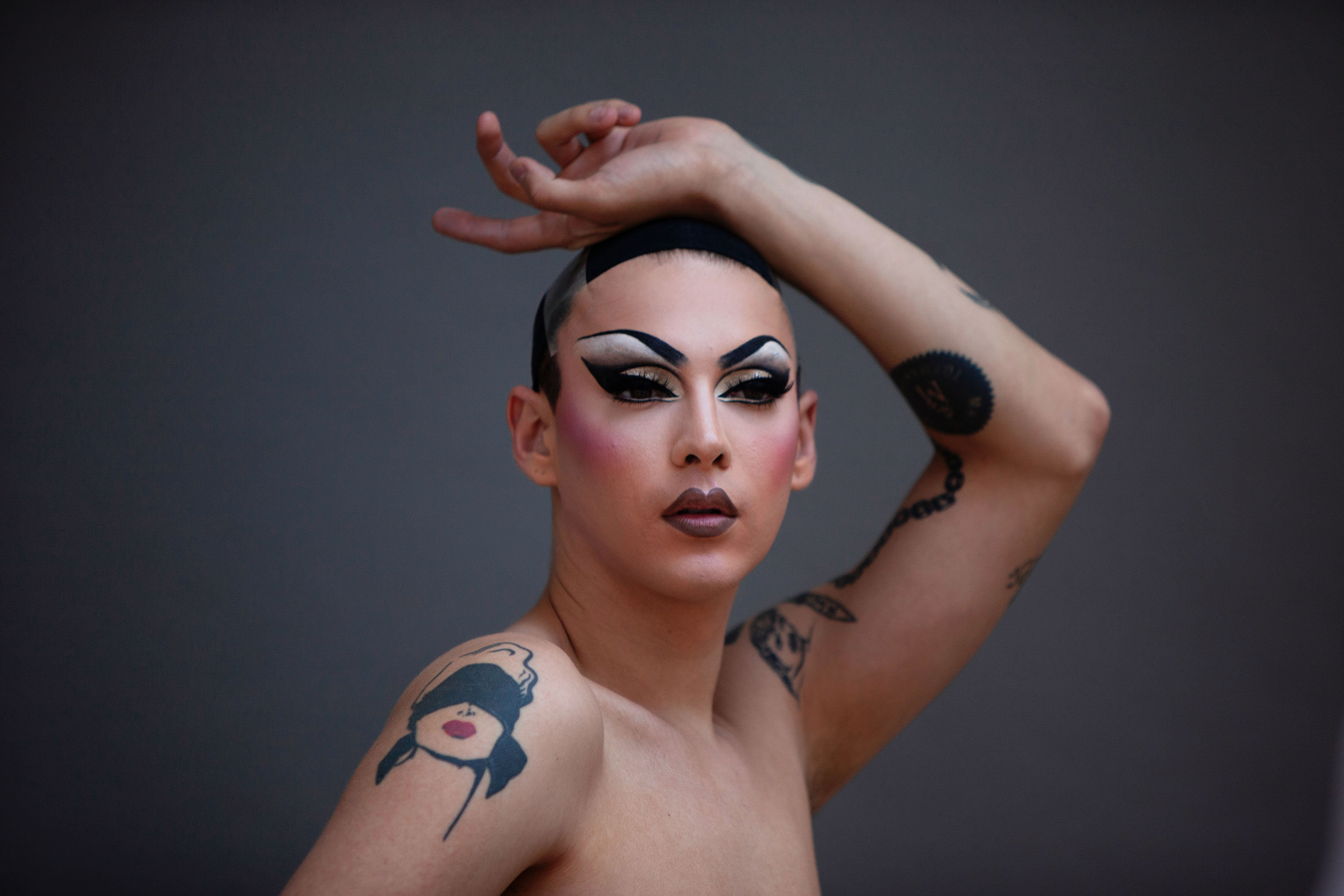 They Are Wearing: RuPaul’s DragCon