The new fragrance, called Diane, has been planned as the first stage of what executives view as an entire beauty house of DVF. 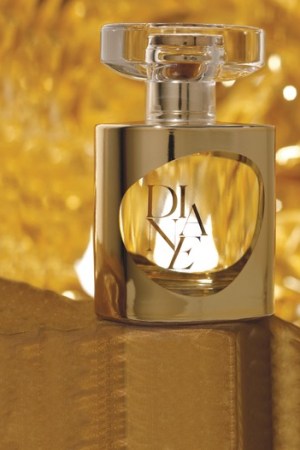 Diane von Furstenberg sees fragrance as a magical tool of seduction, perhaps even a soft power weapon — and she takes it very personally.

That is why her first new fragrance to be launched in eight years is called Diane, the name she was born with.

It’s as if the sum total of her well-documented life — as a fashion and beauty force and a celebrity figure of the Seventies and early Eighties — has been poured into one bottle. “Everything I saw and everything I do is all about the same thing: Be the woman you want to be. It’s all about empowering women,” von Furstenberg said during an interview in New York Thursday. The fragrance will be launched — literally — with a media-laden and celebrity-studded boat ride on the Hudson River Sunday evening.

Reflecting on the rebooting of her fashion career 12 years ago at age 50 and how she morphed into a mentor and advocate (“This is the century of women,” she said), von Furstenberg noticed how in the intervening years “people forgot about the power of perfume and the magic of perfume. Perfume has been used since antiquity to seduce.” She added, “It is about emotion; it is memory and addiction.

“I want to bring that back,” she noted, adding “everything I have learned and all the power I have is in this bottle.”

Von Furstenberg created the fragrance with Chantal Roos and her Paris-based development company, Crea, under a licensing arrangement with ID Beauty, headed by Alexandre Cukier. The sales effort in the U.S. is being spearheaded by the fragrance division of Fusion Brands Inc.

Von Furstenberg repeatedly made the point that one of her long-standing desires has been to work on a fragrance with Roos; two of Roos’ earlier fragrances won Hall of Fame FiFi awards last week. Roos said the bottle was designed with interlocking golden rings of a Sutra bracelet to appear “seductive, glamorous and mysterious.”

The fragrance formula, crafted by Aurelien Guichard of Givaudan, follows suit. It opens with two flowers: frangipani, whose almond and vanilla scents suggest the image of a solar flower, and violet leaves meant to add a soft carnality and mystery with its woody, floral and green accents. Roos explained the combination of sun and shadow in the floral, woody chypre structure is designed to evoke femininity. This is amplified by the base notes of patchouli, myrrh and musk.

As previously stated, Roos pointed out, “This is just the first stage.” The initial fragrance is viewed as the introduction to what is expected to be a house of DVF; Roos said she is already working on other projects. At least one more fragrance is in the works and makeup and skin care are being contemplated.

Von Furstenberg noted that she has been involved in planning distribution, which generally will amount to roughly 1,000 doors worldwide in upper-end retailers. No sales targets were broken out, but industry sources estimate that, with such a limited distribution, the fragrance could have a first-year target of $30 million to $40 million in retail sales.

In Europe and in the Middle East, the fragrance will be launched this fall at Sephora, and Harrods will have it in the U.K. In the U.S., Bloomingdale’s and Nordstrom will be in the lead, with the former having a 30-day exclusive in New York City, according to Dana Kline, president of the luxury fragrance division of Fusion Brands. The first round of launches will be shipped on Sept. 1 and then the fragrance will be sent to Sephora’s American doors in October.

Kline said that von Furstenberg will be making store appearances from mid-October through the end of November. She noted that the promotion effort hinges largely on intensive training and the involvement of beauty advisers, even including contests for salespeople to win one of von Furstenberg’s famous wrap dresses. There also will be a strong public relations blitz, a blogger campaign and a viral effort on the Internet.