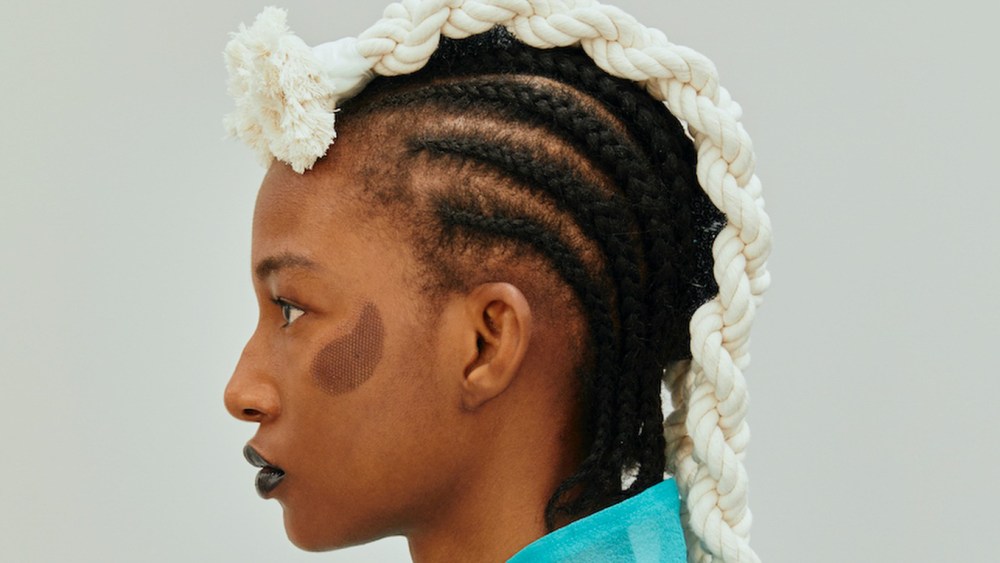 PARIS — Beauty looks careening down the runways during the men’s spring 2023 fashion season in Paris were natural for the most part. But a few designers went off-piste with some wonderful and quirky creations.

Among them was Kiko Kostadinov, who gleaned inspiration from Danh Vo’s artwork. That, in turn, had makeup artist Kanako Yoshida thinking about the color of aging bronze. “So I concentrated on this detail, which mixed bronze and a metallic pale color,” she said, explaining how models had similar designs around the eye area in the hue, adapted to what they were wearing.

Designer Steven Passaro said the idea for his presentation was to create makeup that embodied the four emotions that infused the fashion collection. For anger, “The idea was to draw on the face, almost mechanically, something that could remind us of the strength of the hand of a painter,” he said. To emote fear, an eyepiece was made out of netting and staples. “I wanted people to feel uncomfortable looking at the pictures, having sharp, metallic elements near the eyes,” Passaro continued. “Moreover, I wanted the concept of a mask — one that we can hide behind.” Two colored lines were used to represent tears of sadness, while makeup was left neutral so models’ smiles could shine through to connote joy.

Regarding Feng Chen Wang’s collection, makeup artist Tiziana Raimondo said: “I was inspired by Feng’s idea of this imaginary human completely free to be what he wants, with all contradictions. I was visually drawn to the green color of some of her looks.

“So I thought about combining this color with black to give it a more graphic touch [for eyelids and lips],” Raimondo added.

Qt Yoshio Kubo, the theme of the collection was hitodama, which, according to Japanese folklore, are balls of fire — made of souls of the dead ­— that generally float in the middle of the night. “I often heard this word when I was a child,” said Masayoshi Okudaira, who crafted hair, makeup and headpieces for the presentation. For the headpieces, Okudaira imagined a rope, or braided cord, in white to create a mysterious aura. Some creations were braided and others were made to look like creatures.

“Since the mask of the rope resembles the mouth of an animal, I thought it would be possible to express a more sacred and fantasy world view,” he explained.

“For the makeup, nylon tulle inspired by ‘magatama’ — ancient Japanese ornaments — was applied to the cheeks as a point of interest,” Okudaira continued. “I think I was able to express the strength of the hybrid clothes created by Yoshio Kubo.”

Other out-of-the-box beauty looks were noted at the likes of Kidill, KidSuper, Walter Van Beirendonck, Maison Mihara Yasuhiro and Namacheko.