It’s hard to keep up with beauty licenses these days. Following the flurry of activity over the past quarter — from Inter Parfums’ takeover of Lanvin’s beauty license to mounting speculation over... 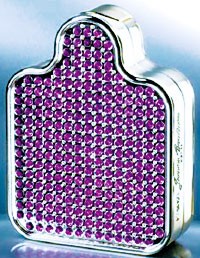 Among brands on the radar is Pierre Cardin. The French designer, who has been actively shopping around his fashion empire since April, added the beauty element to his offer in June. (Yet even if Cardin’s beauty business were to be purchased, it would not affect his multitude of existing licensing contracts, according to Multipartner, the Italian consultancy hired to broker a deal. Cardin’s sprawling empire includes licenses with Coty and The Northern Group, among others.)

And, as reported, rumor has it that Versace is on the verge of selling its beauty business, Giver Profumi, to a major industry player. An announcement is expected within two weeks, according to sources. Executives at Versace could not be reached for comment. — Brid Costello and Stephanie Epiro

Grab your life preservers. An enormous swell of eaux is about to flood perfumery shelves this fall. Most of the industry’s biggest European names will launch a fragrance in the run-up to the holidays. Among the major scents set for introduction are, for women, Christian Dior’s Pure Poison, Giorgio Armani’s Mania, Prada’s eponymous signature scent and Yves Saint Laurent’s Cinéma. On the male front will be Burberry Brit for Men, Guerlain’s L’Instant de Guerlain Pour Homme, Jil Sander’s Jil Sander Pure for Men, Ferragamo’s Incanto Pour Homme and Thierry Mugler’s BMen. — Jennifer Weil

The European spa market is heating up this half with a rash of new and revamped institutes.

The renovated L’Institut Lancôme in Paris is scheduled to reopen in September replete with a new look and layout like that of the Lancôme concept store that debuted in Hong Kong last year.

Also in Paris, the Murano Urban Resort hotel that opened this week will inaugurate a spa in September. The 4,840-square-foot space will have six treatment rooms for face and body treatments, using Anne Semonin products, as well as a swimming pool, hammam and jacuzzi.

Over in Ireland, Aveda will open its 15th international Concept Spa Resort in September. To celebrate the debut of the 10,000-square-foot center at the Aghadoe Heights Hotel in Killarney, the brand will introduce the Precious Stone Therapy treatment, using crystals, single-note aromas, plus light and sound therapy. Also on offer in its 11 rooms will be face, body and hydra treatments, plus manicures and pedicures. — B.C. and Ellen Burney

There’s an increased focus on freestanding single-brand beauty stores in Europe these days.

In London, three years after its debut, Pout’s beauty boutique is getting a makeover by architect Angus Pond. The 1,000-square-foot store set to reopen in October is designed to highlight the Pout brand. Decor will include mirrors suspended by crystal rope swings and wall paintings. The space will also have a pampering lounge.

In Italy, Diego Dalla Palma is planning to revamp its Turin location in the same vein as its newly renovated Milan flagship — replete with a streamlined look thanks to marble fixtures and wooden movable shelving — either later this year or in early 2005. Next year the company also plans more such stores in other Italian cities.

And Brazilian natural beauty brand Natura will open its first boutique, in Paris, next February. The 2,150-square-foot space will sell the brand’s Natura Ekos line of skin and hair care products and feature a textures bar, where customers can discover the brand’s products.

Call it the In Style-ization of the beauty industry: The hottest trend this year is to attach a celebrity creator to an upcoming product, and the movement seems to be gaining speed as the second half of 2004 approaches.

Entertainer Jennifer Lopez — with the success of her Glow by J.Lo and Still Jennifer Lopez scents — is credited with kicking off the latest avalanche of celebrities entering the category. And while it’s rumored that additional celebrities will soon join in the beauty fray — both Kimora Lee Simmons and Sarah Jessica Parker are said to be working with Coty Beauty Inc. on fragrance deals — there are already more stars in this trend than in your average constellation.

Beauty ads featuring an actress or a model are nothing new, but the trend toward involving these stars in the development process is a new twist. While further details have not yet been released, it is known that Flirt!, the second of the Estée Lauder Cos. BeautyBank brands that will launch in Kohl’s Department Stores this fall, will feature a seasonal nail polish line created by musician Michelle Branch, with shades named for Branch’s songs.

And one of the most hotly anticipated star-power entries will come in 2005, when entertainment mogul Sean “P. Diddy” Combs unleashes the first products under his Sean John beauty deal with the Estée Lauder Cos. Combs is working closely with John Demsey, president of MAC Cosmetics, to create the products.

It has been widely predicted that dermatologist and high tech skin care brands will do for the skin care business what makeup artist brands did for cosmetics in the Nineties. The movement is already gaining momentum, and a breakthrough in the second half is expected.

Dr. Nicholas Perricone will open a 2,100-square-foot store in New York on Madison Avenue at 67th Street in early September. The new flagship will serve as both a library and information center as well as a store for Perricone’s cosmeceuticals.

In addition, Perricone will add a Contour Cream and an Eye Contour Cream to the Neuropeptide line of facial skin care products this fall. “The hot thing right now is peptides and very specifically neuropeptides, which are probably the most sophisticated things you can put on the skin right now,” said Perricone.

Regarding what to expect on the skin care horizon, “because of the increase in the number of procedures we are seeing every day, in terms of skin, we are probably going to see an outcropping of a number of products that will be based on some very active ingredients that may help us maintain youth without having to get procedures,” said Perricone.

Dr. Fredric Brandt, who is frequently referred to as the “Baron of Botox,” said that trends to watch for in the second half “are things that are more in line with doctor’s procedures like peels, microdermabrasion, and Botox cream — all things that mirror the treatments we are doing.”

He also expects to see a lot of products that repair sun damage — like retinol, bleaches and antioxidants. He will add “products that are more intense collagen stimulators to the skin. We are going to be creating products that mimic the effects of office treatments — like eliminating redness in the face and a hair treatment line for thinning hair. We will have a lot of different types of antioxidants, which haven’t been out before.”

While dermatologist brands continue to pick up speed, the superstar of skin care products this year was none other than StriVectin-SD from Salt Lake City-based Klein-Becker USA. The product, priced at $135 for a 6-oz. tube, achieved over $13 million in department store sales between its launch date in May 2003 and December 2003, according to The NPD Group.

The study (see above) also noted that in the first five months of 2004, sales of StriVectin-SD has already generated $30 million, compared with other successful new skin care products that generally generate $20 to $30 million their first year in department stores.

Louis Rinaldi, director of Product Development and Acquisitions for Klein-Becker USA, said the company is launching a follow-up product. The StriVectin-SD Eye Cream For Orbital Area Application, which costs $59 for a 1.3-oz. tube, is said to have the same active formula as the original without aromatic oils. Rinaldi added that he does not see the momentum of StriVectin-SD slowing down any time soon: “As a matter of fact I don’t think the product is anywhere near peaked yet — it still has a long way to go.” — K.F.