If you’re headed to Sin City in late July for Cosmoprof, be sure to check out these must-visit venues. 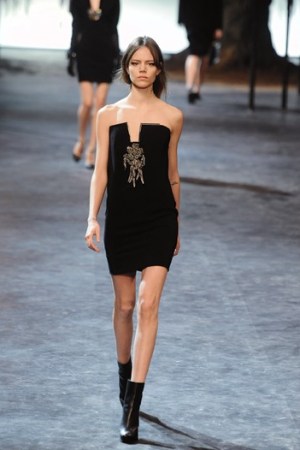 The economic downturn put Las Vegas at the epicenter of a foreclosure crisis that’s sent home values plummeting. But the city remains an oasis of excess, and new development continues apace: The $11 billion, 67-acre CityCenter complex and the 500,000-square-foot Crystals luxury shopping center cement Las Vegas’ reputation as a Mecca for spending.

Mandalay Bay Hotel & Casino, The Hotel and the Four Seasons Hotel
When Cosmoprof touches down at the Mandalay Bay Convention Center, it will be next to one of the most eclectic threesomes of hotel properties in Las Vegas. With 2,000-plus slots and video poker machines, the Mandalay Bay is the only hotel among the three with a casino. To help cope with the Las Vegas heat, the hotel has an aquatic recreation area with a wave pool, lazy river, three swimming pools and 2,700 tons of sand. There’s also a shark reef aquarium with more than 2,000 animals. Understated by comparison, The Hotel provides a modern boutique hotel experience and the Four Seasons lives up to its luxury reputation. The Bathhouse at The Hotel is a contemporary spa with 14,000 square feet of slate walls, marble floors, waterfalls and exotic baths. (3950 & 3960 Las Vegas Boulevard South)

Survival Guide
Suzi Weiss-Fischmann, executive vice president and artistic director of OPI, has been trekking from Los Angeles to Las Vegas for almost three decades to attend Cosmoprof North America and its precursor, the Beauty and Barber Supply Institute show. Here’s how she handles the show like a pro:

By Day: “Years ago, I gave up high heels. In Las Vegas, the first rule is you walk miles to get anywhere. I always have Lanvin flats and an Hermès scarf around my neck because I’m always freezing in the Convention Center. I bring lots of water because it is extremely dry, and put on Chapstick under my lipstick. I always put on Avoplex cuticle oil. And always eye drops because it gets so dry that sometimes it’s painful.”

By Night: “Usually, there are business dinners, and my big thing is to have a little black dress (my favorite is from Lanvin) that I can put a jacket, cardigan or shawl over and change the look with accessories. I love statement jewelry from Miu Miu and really high Christian Louboutin platform heels.”

2. Eat with the locals: Due Forni This new restaurant in the Summerlin neighborhood dishes out Neapolitan and Roman style pizzas cooked in two brick ovens. Compared to exorbitant restaurants at resorts on the Strip, Due Forni is very affordable. Sunday through Wednesday 11 a.m. to 10 p.m. and Thursday through Saturday 11 a.m. to 11 p.m. (3555 South Town Center Drive 105, 702-586-6500)

4. Blow the per diem: Joël Robuchon at MGM Grand The first and only Las Vegas restaurant to win three Michelin stars, this 60-seat gem delights in serving traditional French cuisine, including indulgent dishes with langoustine, caviar and foie gras. Prices start at $115 per person for two courses and skyrocket to $385 per person for 16 courses. Sunday through Thursday 5:30 p.m. to 10:30 p.m., and Friday through Saturday 5:30 p.m. to 10 p.m. (3799 Las Vegas Boulevard South, 702-891-7433)