Who Will Be L’Oréal’s Next CEO?

Industry sources speculate about who will succeed Jean-Paul Agon at the world’s largest beauty company in 2021.

PARIS — L’Oréal’s next chief executive officer is to be named this fall, but Jean-Paul Agon’s successor at the world’s largest beauty maker remains a mystery today.

The changeover is certain, as the group mandates that a ceo’s succession takes place before the executive’s 65th birthday, which in the case of Agon is in July 2021.

He has had a stellar track record during his 14-year tenure steering L’Oréal and his 28 years at the group prior to becoming ceo. Headlining Agon’s wide-reaching legacy is having infused digital and sustainability practices throughout the entire organization, making the group not only a pioneer in those domains but also helping it maintain pole position and successfully navigate storms, such as the coronavirus pandemic.

Official clues about who might come next are scant.

At the end of June, during L’Oréal’s annual general meeting, Agon said the group’s governance committee was in the process of identifying his successor among internal candidates and would submit its recommendations to the board. Their decision is to be communicated sometime this fall.

“My successor — a man or woman — will be appointed member of the board in the AGM of April 2021,” he said at the time.

It is widely believed — inside and outside of L’Oréal — that Nicolas Hieronimus, L’Oréal’s deputy ceo in charge of divisions, is the heir apparent.

When he was appointed to that newly created role in May 2017, it amplified speculation that Hieronimus might one day take over the entire group.

His rise at L’Oréal has been meteoric. In 2008, Hieronimus was named head of L’Oréal’s second-smallest branch, the Professional Products Division. Just three years later, he had already become president of the L’Oréal Luxe Division, which generated almost a quarter of the company’s total revenues. Then in 2013 his purview was expanded to oversight of the Selective Divisions, including L’Oréal Luxe, Active Cosmetics and Professional Products.

When Hieronimus was named deputy ceo, L’Oréal said, in response to a question posed by WWD, that Agon’s succession was not on the agenda. But still, the move raised the question of whether Hieronimus wasn’t going to be gently groomed over a number of years to take over the company’s helm in a similar fashion to how Agon was by his predecessor, Lindsay Owen-Jones.

Agon became L’Oréal’s ceo in 2006, and Owen-Jones remained on at the company as chairman until 2011.

Despite the widespread belief that Hieronimus is Agon’s most likely successor, some industry sources question whether Hieronimus’ age — he will be 57 years old in 2021 — might not be a stumbling block to his nomination. That’s because the group’s ceos generally remain in the position for a long while. Owen-Jones’ term, for instance, lasted 23 years.

In its 100-plus years of existence, L’Oréal has had only five people serve as ceo, with one of them holding the job for just four years. Between 1984 and 1988, Charles Zviak ran the company. But some consider his ceo-ship to have been like a “placeholder” to facilitate the transition between François Dalle and a very young Owen-Jones, who was only 42 when he became ceo.

Most industry sources do not believe that age will be a hindering factor for Hieronimus.

What’s definite is that the skillsets needed for L’Oréal’s next ceo are multifaceted.

“The fact that they are predominantly a mass-market group with around 50 percent [of sales], it means they need somebody who has great experience with the Consumer Products Division, but because luxury is also about a third, they also need to a have a serious foot in the Luxe Division,” said Edouard Thoumyre, managing partner at Accur Recruiting Services, adding the next in line would need to have held high-ranking positions in key geographic markets, as well.

Today, Asia — and particularly China — tops that list. North America is among the important zones for L’Oréal, too, and one that both Agon and Owen-Jones helmed before becoming ceo.

The incoming ceo would need to have in-depth understanding of the digital channel, which has been growing exponentially in importance, especially during the COVID-19 pandemic, industry experts agree.

Leadership will need to have a 360-degree scope, ranging from financial results to ethics to sustainability practices, said a source.

“They definitely need a ceo who is going to leverage all the points at the same time to create value internally and externally,” the person said, adding the new ceo should be able to instill new benchmarks in terms of talents.

“Who is going to track the new generation, how to make them happy in the long term — that is a huge leadership issue,” she continued.

While Hieronimus is believed to have the best odds for becoming L’Oréal’s next ceo, industry sources say there are other names on the shortlist of internal contenders. They include: Stéphane Rinderknech, Alexis Perakis-Valat and Barbara Lavernos.

Here, a description of each executive’s career at L’Oréal. 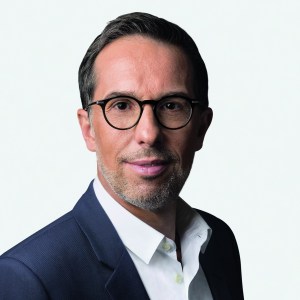 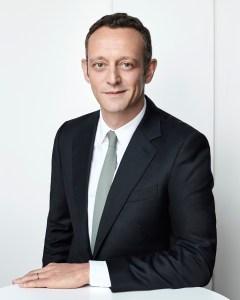 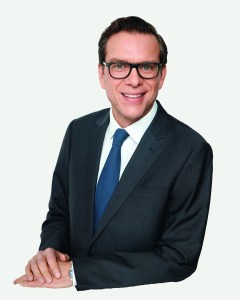 • Among career highlights: managing director of SoftSheen Carson in the U.S., general manager of L’Oréal Germany, ceo of L’Oréal China and executive vice president of the Asia-Pacific zone 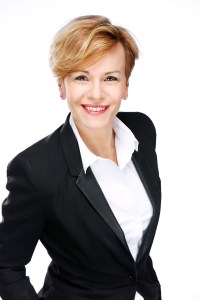 • Began at L’Oréal as a buyer at the Aulnay, France-based factory in 1991

Industry sources believe that while it’s unlikely L’Oréal’s new ceo will be a woman, the next time the job comes up again in the future that probably will be the case, for the first time in the company’s history.

Another question mark hanging over the upcoming succession plan concerns whether Agon will remain as chairman of L’Oréal after he rescinds the ceo position. That is what’s expected, even though it has never been confirmed.

One source said having a chairman independent of a ceo gives a good extra check point, at least for a time following a changeover. Also, it’s a strategy that has worked well before.

“The opposite would be taken very negatively by minority shareholders which have much more a say on L’Oréal versus other family-owned listed [companies] like LVMH, Kering, etc., because the [Bettencourt] family’s original stake was partially transferred to Nestlé a long time ago, and Nestlé wants a solid governance like minority shareholders,” said another industry source.