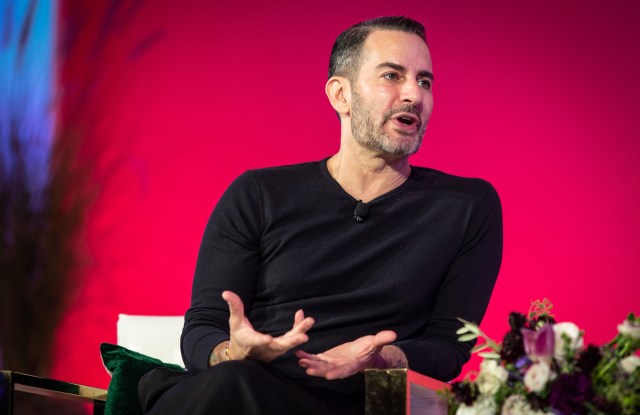 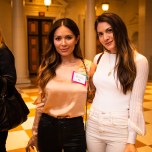 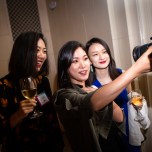 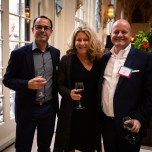 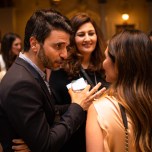 Technology has already played a massive role in shaping the beauty industry.

But according to speakers at the WWD Beauty CEO Summit, that role is likely to get even bigger going forward. Tevya Finger, chief executive officer of Luxury Brand Partners, outlined how blockchain technology could be used in the industry for everything from “smart contracts” to fund-raising with a brand’s own cryptocurrency to loyalty programs, noting customers could “create wealth by promoting the brand to others.”

Iconery ceo and founder Ivka Adam said we are entering the age of Influencer 2.0 — when those who know their audiences best are creating their own products specifically for those groups. And Ginkgo Bioworks’ Jason Kakoyiannis outlined how the company can replicate DNA to remove things like allergens — and how that technology relates to beauty ingredients.

Below, see other key points from the second day of the WWD Beauty CEO Summit:

Marc Jacobs on Glitter and Learning

What does beauty mean to Marc Jacobs? Many things, it seems. “We’re in a time now where there isn’t an answer,” Jacobs said. “There are many answers, and that’s what’s great.” While Jacobs said he never dreamed of creating a beauty business, he remains deeply involved in the line he launched with Kendo, which reportedly does around $200 million in sales. “When Robert Duffy, my business partner, said to me, ‘Oh there’s this meeting with Sephora they’re interested in doing makeup’ my reaction was like, ‘Really?'” Years later, Jacobs uses his own line for his fashion shows, thinking through the full look, including eye shadow details that are mostly hidden by hats, or details hair cuts and colors — seen on the most recent season’s runways. He’s also still focused on learning. “I always feel curious and I feel like there’s more to learn,” Jacobs said. “Being relevant, feeling relevant, I personally always feel that there’s just so much more to know. And maybe that’s the key.” One key learning was on glitter. “You want the particles to be a certain size, but they want to make sure people who wear the eyeshadow don’t go blind,” he said.

Alex Keith is reenergizing Procter & Gamble’s beauty business — now comprised mainly of legacy drugstore brands — to better compete in the mass market, which is becoming increasingly fragmented due to the rise of naturals and niche. A key part of this has been recognizing that P&G’s brands can’t pretend to be what they are not, Keith said. “It’s hard to make Olay a natural brand because Olay is for people who want scientifically proven results,” she said. P&G is answering consumer demand for natural ingredients through acquisition — Native Deodorant in November and Snowberry Skin Care in February — and through a research and development-focused partnership with Kew Gardens in the U.K. The company is also dabbling in incubation, said Keith, noting that P&G is in the “early days” of cultivating brands internally to balance the existing portfolio. Said Keith, “Our incubation work is focused on those spaces that are meaningful, growing and probably where our core brands can’t stretch.”

There is no majority consumer base in the U.S. anymore. Esi Eggleston Bracey, executive vice president and chief operating officer, personal care in North America for Unilever, spoke to the changing consumer demographic landscape, where 40 percent of consumers are multicultural, as are one in every two babies born. Bracey highlighted a growing importance for beauty and personal-care companies to market to multicultural consumers directly and authentically by understanding “the values, trends and unmet needs.” Said Bracey: “We really need to shift the conversation from multicultural marketing to creating value in a multicultural America.”

Target has embarked on a major elevation of its beauty department, punctuated with upscale end of aisle displays, lower gondolas and revved up service offered by beauty specialists. “Beauty is a sweet spot for Target between style and essentials,” said Christina Hennington, senior vice president, merchandising, essentials, beauty and wellness, Target Corp. Hennington revealed two new initiatives to take Target deeper in the category. First is the roll out of a makeover of the men’s grooming department featuring 600 products. Debuting in 11 doors, the new men’s area is slated for 80 stores by year-end. Also, Hennington previewed Target Beauty Studio offering customers virtual try-on for cosmetics on desktops and mobile devices. The service, in conjunction with Perfect Corp.’s YouCam Makeup, is in 10 stores with plans to add more later this year.

Dr. Jart has grown globally into a multi “album” brand, according to founder Chin Wook Lee (a former architect), using the term to describe the South Korean brand’s multiple product-line launches. Dr. Jart first came to market in 2004 with BB Cream — which it brought to the U.S., instead of going the traditional route through Asia. Last year, the company did almost $340 million in sales worldwide. Lee credits that figure to Dr. Jart’s differentiated core DNA, which includes something called “crazy meeting” — where all ideas, and often beer, wine and Champagne are welcome. “It’s not study and then act that is important anymore,” Lee said. “It is the speed of action that has become more important than anything. That’s why an environment where we can be excited to act is important to be in line with the fast-changing digital environment.”

After a wide-ranging career in beauty and fashion with giants of the industries, Pamela Baxter shifted gears into the indie market. As ceo and cofounder of Bona Fide Beauty Lab, she was tasked with bringing the culture of PopSugar to life in a beauty brand. The biggest difference launching brands today, she said, is speed to market. “What is eye-opening is we brought 85 stockkeeping units to market in 18 months and in a unique way,” Baxter said of the launch, which is sold exclusively in Ulta Beauty. She fuses her 40 years of experience with the new focus on social media. “I did not grow up in that, but the premise is the same — word of mouth, get women who are passionate to talk about your product. Now we just do it with social media,” she said, adding she’s hired savvy Millennials to handle that task.

Customer engagement in stores and online was at the forefront of Mecca’s latest endeavor: hosting Australia’s first-ever beauty festival. Jo Horgan, co-ceo and founder of Mecca Brands, said the festival was a success from the start, with 7,000 tickets selling out in 15 minutes. She estimated social engagement reached 70 million across the four days of the festival, thanks to influencers sharing content, and the social love translated to sales. “In the months since Mecca Land, Mecca’s sales across all stores have increased more than 10 percentage points and online, a lot more than that,” Horgan said.

Influencers are moving from pushing brands’ products to creating products of their own, a relatively new occurrence that Adam, Iconery ceo and founder, refers to as “influencer commerce.” “Influencers are the new brands,” she said. Why? “Because people want to connect with people.” And with the success of influencers like Kylie Jenner and Marianna Hewitt, there’s incentive for brands to get involved. How? Collaboration, powering influencer brands and brands unleashing their inner influencer.

“We think of biology as a design language,” said Kakoyiannis, who does business development at Ginkgo Bioworks. “If you think in a language, you can write in that language and you can effectively code in that language.” And that’s what the company is doing: replicating DNA to reproduce compounds for the sake of lower costs, supply stability, transparency and the removal of allergens and pesticide residues. The result? The rationalization of biology and ultimately, a “99.9 percent chemically pure product.”

The Power of Brick-and-Mortar and Data

Alexei Agratchev, ceo and cofounder of RetailNext, the in-store analytics firm, said it is hard to make e-commerce successful. “It’s very difficult to be profitable in e-commerce because you’ve got these really high variable costs, and they don’t go down with volume. In fact, if you look a customer acquisition costs, they’ve been going up over the last few years,” he said, adding a lot of brands run into a wall. Further, many don’t want to go into wholesale for fear of losing control of power. A brand’s first store tends to be an amazing success, he said, since it resonates, representing a label well. “The people that work in the store tend to be really passionate about the product, Agratchev continued. “The store really brings money, and the customer acquisition is much, much cheaper in store.”

“Stores are a strategic point for us for customer acquisition,” said Ric Kostick, ceo and founder of 100% Pure, who noted the web is becoming increasingly competitive. He started measuring data and found that for every new customer one of his stores had acquired last year, it drove some 10 percent of incremental sales online.