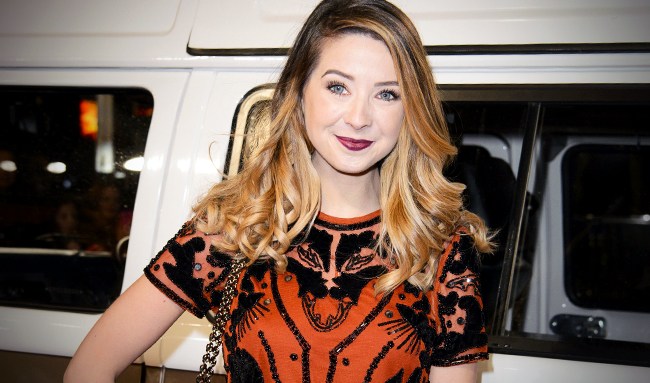 For those brands looking to tap into the hottest beauty influencer, here is a little tip: look at engagement, not followers.

That was among the key takeaways for Trygve Jensen, vice president and general manager of video technology company Zefr, who said that “likes,” comments and views across the various social platforms trump the sheer amount of followers that one might have.

By that score, Zoe Sugg, or Zoella as she goes by on the Internet, led the pack with 252 million social media engagements in 2016. Sugg had the highest engagement of any beauty influencer, according to new data from Zefr. Sugg has a cross platform reach, or combined followers, of 30 million.

Today, 26-year-old Sugg was crowned the top beauty influencer of the year, in terms of engagement, in a Top 20 beauty Influencer list compiled by the firm, which looked at data for the 365 days ending Nov. 18.

Notably absent from the top 10 was Bethany Mota, who has 10.3 million YouTube subscribers on her main channel (Mota’s BethanysLife channel has 2.3 million subscribers). According to Jensen, Mota isn’t creating enough engagements — or at least not enough for her to secure a top spot on the list.

A closer look at the data shows that the ratio of engagement to followers for Niki and Gabi Demartino is significantly higher than that of Sugg, despite their numbers being lower. The Demartinos garnered 211 million social actions with seven million followers, and although Sugg pulled in 252 million engagements, the Demartinos were able to get close to the same amount with less than a fourth of the followers that Sugg has.

Another recurring theme in this year’s list was that widening the breadth of the topics covered could fuel higher engagement.

Fillerup Clark has become known for her signature blond braids, but pumping up content that features her family — including her husband and two children, Atticus and Rosie — has fueled growth for her personal brand. This year she received 36 million engagements and had a platform reach of 1.6 million.

“They’re trying different content types and different verticals,” Jensen explained. “A lot of beauty-focused influencers are trying to extend their audience to not just be beauty [enthusiasts]. They are doing some lifestyle content, some DIY and including their fans to try to reach a broader audience as well as just diversify what they do.”

Zefr’s list ranked Chriselle Lim of The Chriselle Factor in the 14th spot, coming in at nearly 21 million engagements. This puts Lim right behind Amanda Steele — one of the hottest names in the beauty influencer space, who has almost three million followers on her YouTube channel.

Lim’s ranking in particular stood out because the influencer, who originally got her start as a fashion blogger, ranks among the top beauty influencers worldwide. Like Fillerup Clark, 31-year-old Lim has greatly extended her purview in the past year, bulking up her beauty content and inking deals with leading brands like Dior and La Prairie.

“I did it [beauty] on the side but [as far as] engagement, reach, click-through and sales were concerned, they were higher than I expected,” Lim said Tuesday afternoon, noting that in two years, beauty has become about 50 percent of the content she produces. “I talk mainly about luxury fashion so it’s attainable to a certain demographic and that’s not necessarily the mass market. So when I talk about luxury beauty, that resonates with my followers and makes them feel like they can get a piece of that aspirational fashion I always talk about.”

Lim, who avidly Snaps and posts beauty items to her Instagram Stories, said she started to integrate a Facetime with Chriselle section into all of her blog posts to list all the beauty products she’s using. She frequently includes many of the same items — the majority of which aren’t sponsored — because it’s a “testament to a good product.” She noted that she used La Prairie personally before the brand approached her about working together in a sponsored capacity.

A roundup of spas Lim visited during a trip to Seoul, Korea was a big hit and she now has a section on her site dedicated to Korean Beauty. Today, when one searches “top beauty spas Seoul Korea” on Google, Lim’s is the third site that comes up, behind Condé Nast Traveler and Trip Advisor.

Another shift is occurring: Influencers are transferring their audiences from other social platforms, inching away from the days when someone might have a million followers on YouTube and a fraction of that amount on Instagram.

“In the past it’s been a big struggle,” Jensen admitted. “[But] the people at the top of the list have done pretty well at generating engagement across social properties.”

But this is still peanuts compared to the reach and engagement seen by Zefr’s overall top 10 Influencer list, compiled from 78,000 individuals the firm identified as “influencers” through an Influencer Management System that tracks audience response on billions of social media posts every day.

The firm’s overall top 10 list was void of anyone in the beauty or fashion space, and largely dominated by gamers, according to Jensen, who attributed massive global audiences and less-focused content to engagements that climb into the billions.