Entrepreneur and cofounder Matthias Metternich is ceo, while Bryant is a founding partner, with a roster of star athletes as ambassadors. 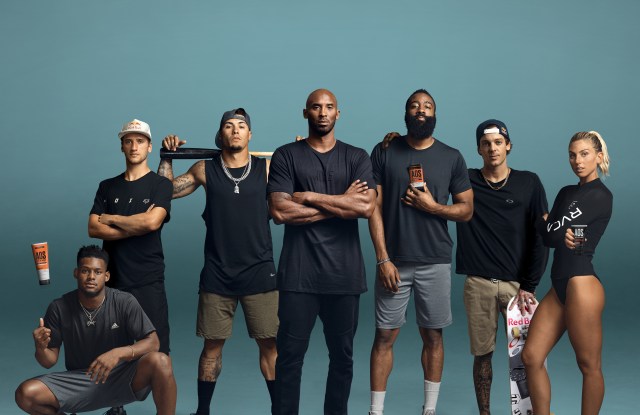 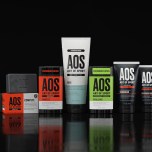 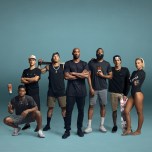 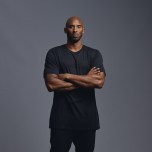 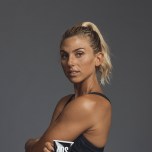 With ath-leisure now a standard category across fashion, and performance wear crossing over onto the runways, it was only a matter of time before the sport influence took hold in the beauty arena. David Beckham, who’s arguably just as much of a style icon as he is a soccer superstar, made a splash with his L’Oréal-backed, salon-level grooming line House 99 earlier this year. Now basketball legend Kobe Bryant is getting into the game in a different category and demographic: body care engineered for athletes and aimed at the mass market, with an eye toward capturing teens and college-age men.

Meet Art of Sport, a direct-to-consumer line of body products developed to help athletes reach peak performance and maintain healthy skin on and off the playing field.

Cofounders Brian Lee, the entrepreneur behind LegalZoom, ShoeDazzle and The Honest Co., and Matthias Metternich, a digital innovator who helped launch global e-commerce for brands like Alexander McQueen, Mulberry, Topshop and Lancôme, saw a white space in the market for male-focused body-care products that actually enhanced athletic performance rather than just smelling or being labeled as sporty.

Metternich, who serves as chief executive officer, was on the crew team in college, but knew he and Lee needed to partner with world-class athletes — the celebrities of sport — to develop the product and bring it worldwide attention. Enter Bryant, two-and-a-half years into his retirement from the Los Angeles Lakers, who met Lee a couple of years ago through mutual friends.

“I got to know Brian as I was trying to learn more about investing. When the idea came up for his next venture, I thought it was a brilliant idea conceptually but you know how it is, you have to peel back the layers and figure out how are we going to execute this thing,” said Bryant. “The product was exceptional. I believe it is a viable business and something that’s a need for athletes everywhere, and it’s a business I can help and make valuable contributions to. So those three are checks, and the fourth was the entrepreneur himself. Is this somebody who has done it before, someone whom you believe come hell or high water that they have the determination and the intelligence to figure it out? So that fourth factor checked out for me.”

The five-time NBA champ joined as a founding partner at the company’s inception last year, and together, the trio built a team of athlete ambassadors (all with ownership stakes as well) across a variety of sports to help develop and test the products as well as bring them to their audiences via their own social channels.

The direct-to-consumer play bears some hallmarks of The Honest Co., such as its commitment to quality products containing premium natural ingredients being made available at an accessible price, and a famous founding partner, but don’t call it Honest for Athletes, said Lee, who left his post as Honest’s ceo after five years to launch AOS. “It’s a completely different product and different market,” he said. “I learned a lot from Honest, and I’ve been part of a lot of companies, but I’m most excited about this one. It’s a brand that should exist, but for some reason hasn’t until now.”

Metternich said the reality was almost stupid simple. “It starts from the problem, which is, if you look around the landscape, no one has created a sports brand that is good for your skin. It’s very simple. We were both stunned when we said ‘Wait, we’ve got Coppertone Sport, Degree Sport but what does that mean?’ The word has been overplayed, but there’s nothing to back it up. Nike and Adidas are sports brands. Those are companies constructed to solve a problem for athletes and get them to that level that they deserve with things they put on their body. Beverage and food companies have developed things for them to put in their bodies. No one was doing that with topical applications to put on your skin.”

The launch line includes an activated charcoal and shea butter bar soap sold in a two-pack, a deodorant and antiperspirant, a 2-in-1 hair and body wash, and an SPF 50 sunscreen lotion ranging from $8.95 to $13.95. With the exception of the sunscreen, which is fragrance-free, the products come in three scents, the crisp, clean Rise, the invigorating citrus-tinged Compete and the earthy Challenge.

The brand’s lead scientists, Dr. Shekhar Mitra and Dr. Laurence Dryer, helped to design formulas engineered with powerful botanicals and performance ingredients, and made without common chemicals found in body and skin-care products such as parabens, oxybenzone, PABA, MIT/MCIT, talc and 1,4-dioxane.

While performance products can’t be completely effective using natural ingredients alone, “We designed the product with a dual narrative of what’s inside and what’s not inside,” said Metternich of the brightly colored, bold labels that list “What’s In” and “What’s Out.” “All products adhere to a simple level of transparency and are tested by top athletes.”

Bryant also contributed everything from the fragrance names to the packaging design. “He became very connected to our science team and asked questions so that connective tissue was very key for us. Maybe that’s our secret sauce, creating that roundtable where athletes and scientists can communicate really effectively,” said Metternich.

Compared to average product at retail, AOS is at a 10 to 20 percent premium, but it won’t break the bank and offers the direct-to-consumer value proposition of premium ingredients without traditional retail markups. “We aren’t trying to be a three-pack at Walmart. We are trying to get the best possible ingredients and best possible science in a clear wrapper with a message to the athlete consumer online at a great price,” said Metternich.

Because of its positioning as a sports brand and its limited launch budget, most of the products are targeted toward male athletes (with the exception of the sunscreen), and future products include a muscle-pain-relieving recovery cream, a version of kinesio tape to support muscles, circulatory systems and joints, and an anti-reflective stick that football players wear under their eyes to allow them to see better on the field. But Lee said they hope to offer a female-focused product line within a year.

For now, AOS founders are hoping the curiosity factor and its broad appeal to teens and young men, amplified via athletes like Harden, plus its distribution on Amazon as well as its own site, will propel it to becoming an essential like Degree or Old Spice is at the drugstore.

Metternich noted, “How do we create value for next-generation consumers? A lot of context is needed to tackle this industry. You need to understand a kid going through puberty, what is important to them as they create their identity, what the fashion and music worlds are doing. What is the cultural interpretation of sport? All those elements play into design of a successful product in this world.”

Between the worlds of personal care and personality-driven products, there are a lot of dots to connect. The team is aware they live in an L.A. bubble where people take for granted things like cold-pressed green juice and organic produce and access to celebrities.

Said Metternich, “What does the country look like? We’re trying to create products that are elevated for the reality of the country and the many consumers we are trying to bring this to.”