Noah's Naturals, which launched in the mass market last year in Wal-Mart stores, is changing its approach. The company is taking its three subbrands (It's... 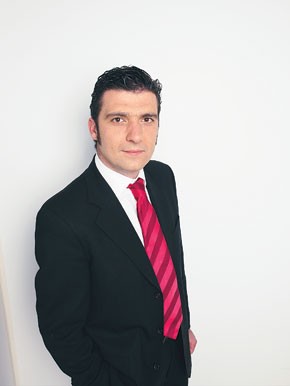 L.A.’s Booming Body Care Needs for Summer 2021 and Beyond

NEW NOAH: Noah’s Naturals, which launched in the mass market last year in Wal-Mart stores, is changing its approach. The company is taking its three subbrands (It’s All Good, Heal Thyself and Honest to Goodness) and putting them under the brand Noah’s Natural’s. About 26 products make up the new line, 10 of which contain between 70 and 95 percent organic ingredients. The company’s items will continue to be sold in Wal-Mart, along with a host of other natural brands, including Alba, Avalon and Burt’s Bees, which is entering Wal-Mart for the first time next year. Wal-Mart’s new natural set is said to be about 8 feet.

OPTION OUT: Skin care brand Olay is aiming to take the confusion out of the plethora of options in the skin care aisle with the launch of OlayForYou.com. The site uses “virtual conversation” technology, according to the company, where women can enter in their skin care concerns, receive recommendations on related products, learn how to use each product and print a list to take to the store or be directed to a list of Web sites where the products can be purchased. The site goes live in January.

FARM FRESH: Dr. Bronner’s Magic Soaps assures that beginning this month, all major ingredients in its soaps will come from certified fair trade and organic sources, including organic coconut, palm and olive oil, which account for more than 95 percent of the company’s raw material purchases.

LOGICS LOOKOUT: In order to blossom with its own identity, professional hair care brand Logics is becoming a separate business unit under the Matrix umbrella. Matrix, which counts Biolage and Curl Life as its major brands, “is the brand for every stylist,” whereas Logics has a more premium and artistic positioning. Cedric Fort, formerly of Kerastase in Mexico, has been named vice president, general manager of Logics. Elisa Delarm is the senior director of marketing for Logics.

RED-CARPET READY AT HOME: Kinara Skin Care Clinic and Spa is introducing its signature red-carpet facial beyond the doors of its nearly four-year-old West Hollywood, Calif., location. Next year, a home treatment facial kit will hit around 40 specialty stores, Internet retailers and luxury and medi-spas. Housed in red, white and black packaging, the kit consists of a 4-oz. peel, a 4-oz. neutralizer, a 5-oz. mask, a brush and a small bowl. Developed by Kinara co-owner and aesthetician Olga Lorencin-Northrup, who has prepped the faces of marquee celebrities such as Halle Berry and Naomi Watts for red-carpet strolls, the spa’s professional in-house red-carpet facial costs $150 a pop and takes some 55 minutes. The home kit is priced at $95, and users can finish three treatment steps in less than 20 minutes. The red-carpet facial kit is the first of three kits Kinara has planned. The second launch is slated for the end of 2008.

MARIONNAUD PLANS: Marionnaud Parfumeries wants to make its customers feel special. In January, the French perfumery chain will introduce a new advertising campaign with the tag line: “Ce qui est unique chez nous, c’est vous,” (or, “What makes us unique is you.”). The yearlong campaign, which was created by Publicis Dialog, will comprise print advertising and point of sale materials featuring silk-screen-like etchings of a woman’s profile. Variations of the ad will appear depending on the time of year. In January, for example, it will focus on New Year’s resolutions, while Valentine’s Day will be the theme for February. In other Marionnaud news, the company announced plans to renovate 60 of its salons and boutiques in 2008, plus relaunch its online store.

COSMETIC LIBRARY: A search for cosmetic surgery yields 45 million hits on Google. In the midst of that virtual information deluge, the online portal TheSoCalCosmeticNework.com has emerged. The Web site seeks to cull info on the latest spa treatments, surgeries, plastic surgeons and cosmetic dentists across Los Angeles, Orange County and San Diego in one virtual place. The site’s founder and chief executive officer, Michael Balducci, stated the idea was to cut down on research time generally required before going under the knife. He said in a statement, “One can simply contact any business of choice by the click of their mouse on what is essentially a one-page billboard of top cosmetic businesses located on either the Los Angeles, Orange or San Diego County pages.” Developed in 2006, The SoCal Cosmetic Network is a third-party, nonbiased network for Southern California.

MEDSPAS GRABS SOUTH SEAS: MedSpas of America Inc. has signed a letter of intent to purchase South Seas Spa, a manufacturer and distributor of luxury skin care products in North America. South Seas Spa skin care was created in 2006 by U.S. pharmacist Renée Mills, who during her travels to the South Pacific found that fruit, nuts and flowers grown there were mostly used to protect skin. The deal, according to Paul Smith, MedSpas’ chief executive, positions its Natural Renu division to “expand its offerings and control its distribution in the online market as well as the retail-based national day, resort and medical spas.” The acquisition may also allow the company to enter new sales channels in the European, Asian and Latin American markets, according to a company release.