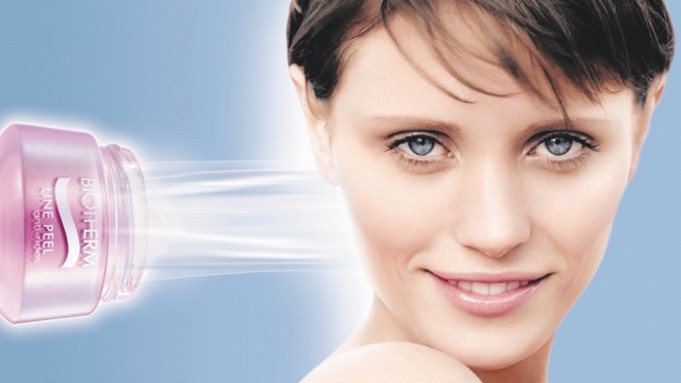 Financial analysts point to the mass market channel, accessibly priced treatment products, the men’s grooming category and emerging markets as some of the bright spots on the horizon for L’Oréal, which reported 2008 sales of 17.54 billion euros, or $25.81 billion at average exchange.

While those revenues — which were generated in part as worldwide financial markets were in upheaval and consumers, in response, clamped shut their pocketbooks — represented a 2.8 percent year-over-year increase, it was a relatively weak year for the company and exposed potential wrinkles in its setup. These were namely exposure to the luxury goods and salon sectors, which were particularly impacted by weakened consumer confidence. Mature beauty markets also proved problematic. North America, for instance, generated sales that slid 6.6 percent and Western Europe’s grew by less than 2 percent in 2008.

“Of late, L’Oréal has not outperformed in the developed world as it did in the past, but that is not to say it underperformed,” says Charles Mills, an analyst at Credit Suisse. “L’Oréal is absolutely the biggest beauty company, and I’m confident it will stay so in the long term.”

L’Oréal’s share price has come under pressure in recent years after enjoying decades as a stock market darling. Until last year, the company delivered more than 20 years of double-digit earnings-per-share growth.

“The market really liked that kind of visibility and paid a premium for it,” says Céline Pannuti, an analyst at J.P. Morgan.

“When growth is starting to slow, as an investor, you’re not willing to pay such a high valuation for those stocks,” adds Chicuong Dang, an analyst at Richelieu.

According to Eva Quiroga, a UBS analyst, a return to strong top-line growth would spur investor interest in the company. “L’Oréal’s share price is very closely correlated with top-line growth,” she adds. “When its share price peaked in the Nineties at about 100 euros [or $136 at current exchange], organic growth was at 11 percent. Now, with low-single-digit year-on-year growth, it’s at about 50 euros [or $68]. So there’s a clear correlation.”

Honing a razor-sharp focus on innovation and marketing as well as staking a strong claim on emerging markets are among ways in which analysts hope L’Oréal will ramp up sales.

“In this environment, innovation is important for this type of company, as 15 percent to 20 percent of sales will come from new products each year,” says Dang. “L’Oréal will need to stress innovation to get through the crisis and deliver growth to shareholders.”

“It’s important L’Oréal focuses on innovation,” agrees Quiroga. “Historically, it has a good track record on new product development. If it can step that up, it can weather the storm.”

Oru Mohiuddin, cosmetics and toiletries company analyst at tracking firm Euromonitor International, also underscores a need to innovate and invest in developing key categories, including antiaging treatments, moisturizers and shampoos. “L’Oréal has done well to place itself in the skin care and antiaging categories, but it’s still not immune to the economic situation and competition,” she says. Mohiuddin adds that Euromonitor forecasts antiaging treatments will be the fastest-growing beauty category in the next five years,  followed by facial moisturizers. “L’Oréal has to be sure it invests in R&D and marketing to secure its position.”

Mohiuddin also suggests L’Oréal would do well to up the ante for its shampoo brands in emerging markets. “Shampoo is the fastest-growing hair care category, and in the next five years, growth will be led by the Asia-Pacific region, where L’Oréal is in 11th position,” she says. “L’Oréal should consider future growth there.”

Adding oomph to marketing initiatives is also key to the company’s gains in the future, according to analysts. “The challenge for L’Oréal is to jump-start its sales growth through its [advertising and promotional] spend,” says Dan Dolev, associate analyst, European HPC, of Sanford C. Bernstein & Co. LLC, who has accused L’Oréal of reining in its advertising and promotional spending to its detriment in the past. However, the company stoutly denies that charge with chief executive officer Jean-Paul Agon brandishing figures showing a continuity of marketing support for the past four years.

“What people tend to criticize is that L’Oréal has not leveraged emerging markets, like China, enough,” says Dang. “We could ask for greater gains in market share in Asia — except Japan — particularly in China. L’Oréal needs to invest to gain market share.”

“Strengthening its position in emerging markets will be key, given its market share there is still weak in places,” agrees UBS’ Quiroga. “It is not selling mass market shampoo in China, for example. So there’s a big opportunity there.”

The current turmoil in international financial markets notwithstanding, emerging middle classes in fledgling beauty markets could be boon for the French company.

Mohiuddin notes L’Oréal is using The Body Shop to gain ground in India. “Since L’Oréal is using The Body Shop as a vehicle to enter India, it pays to have made the acquisition,” she says, adding that, in the past, L’Oréal has used local acquisitions to infiltrate markets and set up a stronghold there. “I think the thing to do now would be to acquire a company in a developing market that would give good access to distribution and at the same time maybe get a good menu of natural ingredients. In India and China, there are brands that could be developed in the West, and the acquisition price would not be as high as buying a brand in a Western market.”

Other analysts, however, have mixed views on the need for L’Oréal to get more acquisitive, given that its recent purchases of The Body Shop in 2006 to the tune of 652 million pounds, or $1.14 billion, and YSL Beauté in 2008 for 1.15 billion euros, or $1.8 billion, are still works in progress.

“In current markets, one could argue that it’s a good time to acquire assets, as they’re cheaper,” says J.P. Morgan’s Pannuti. “But the very good ones are not for sale, as it is not a good time to sell.”

According to Quiroga, a large-scale acquisition is probably not topping L’Oréal’s list of priorities, given that the company is now present in most traditional beauty distribution channels and has a multitude of brands with varying category positionings.

“I think the key growth drivers will come from filling white space — whether that’s on a geographical or a category basis,” she says. “L’Oréal Paris and Lancôme have their fair share of exposure, but there are other brands where there’s a lot to do, like taking a European brand global and the rollout of YSL Beauté in a larger way.”

Spurring growth for YSL Beauté comes at a particularly challenging time for luxury goods, since retailers are clamping down on inventory and cash-strapped consumers are reducing nonessential spending. “L’Oréal’s exposure to luxury is hitting them hard as this segment is more impacted by macroeconomic factors,” says Pannuti. She adds, however, that the company has an opportunity to take YSL’s largely Eurocentric business global and to improve its margins.

“L’Oréal’s growth opportunities are better in mass at this stage,” she continues. “Consumers are more cautious with their spending. If they don’t spend in a perfumery, they’ll go to mass, which is an area that should do better in the current climate.”

During a meeting with analysts in February, L’Oréal’s Agon said the firm is adapting its offer to shoppers’ shifting budgets by introducing more accessibly priced products to brands such as Garnier, L’Oréal Paris and Vichy, so as to reach a wider audience. Also in a move to pinch pennies, women are stretching out the time between salon visits, which is putting pressure on L’Oréal’s professional hair care business, analysts say.

“Salons are suffering,” says Mills. “L’Oréal is a major supplier and so has suffered, too.”

As a whole, Euromonitor estimates the beauty market will deliver compound annual growth of 1.8 percent over the next five years. In a research note published in March, Cédric Besnard, an analyst at HSBC, states that he expects L’Oréal to post growth per annum above 4 percent in the long term.

“We do not believe that L’Oréal’s model of growing faster than the market is dead,” Besnard states. “Actually, we would like to flag that, despite a more cyclical mix than the cosmetics market as a whole, we estimate that L’Oréal grew 1.1 [times] faster than its market in 2008, albeit below the 1991-to-2007 average of 1.7 [times], but implying market share preservation, in our view. Inevitable deceleration versus unreachable track record is not alarming to us.”

And, while the lipstick index seems to have been a trifle too rose tinted for this economic slump, some analysts are confident the beauty industry will perk up.

“The beauty business has taken quite a pummeling, mostly in the developed world,” says Mills. “Is it a disaster? No. I don’t think things will pick up in the short term, but I expect them to get sequentially better in the four quarters of 2009. Looking ahead, there’s no doubt the industry will return to growth.”

“We could think that L’Oréal was hit early on in the cycle, so it will probably come out of it before its competition, once consumers start shopping again,” adds Quiroga. “Is there an urgent need to fix something? I don’t think so. I think it’s in good shape.”