Tell-it-like-it-is reality TV star Bethenny Frankel has some tough words for the skin care industry: “A $150 eye cream is ridiculous and absurd.”

By Molly Prior and Faye Brookman on July 22, 2011
View Slideshow 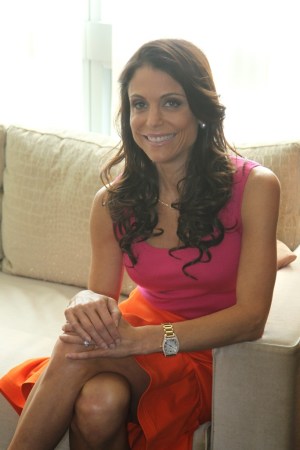 Prestige Beauty in Germany Gets Boost From E-Commerce

When it comes to skin care, Frankel is particularly irked by false claims, which is why she is introducing a skin and body care line of her own this fall, tailored for the mass market.

Her aim is to make skin care as straightforward and consistent as possible.

Frankel — a serial entrepreneur — wants to do for skin care what she’s done for margaritas: sell the stuff like crazy. She reportedly sold her low-calorie, alcoholic beverage brand Skinnygirl Margarita earlier this year to Fortune Brands Inc.’s Beam Global for an estimated $100 million.

Now, she wants to raise women’s spirits and smooth their wrinkles.

Frankel partnered with Lotta Luv, a beauty firm known for its licensed candy lip balms, to develop the line. The company had originally approached Frankel with the concept of a scented lip gloss line, but she saw a bigger opportunity for a full-fledged skin and body collection, as she had been developing a line called Honesty by Bethenny. She shelved that prior effort last December and delved into Skinnygirl Face & Body Solutions and Skinnygirl Mommy.

Her skin care range will ship to select Wal-Mart doors in November for the holiday season. To start, Wal-Mart will stock gift sets, and on Dec. 26 the retailer will feature the entire line — some 30 products in all — on an end-cap display in 1,500 doors, said Steph Fogelson, president and chief executive officer of Lotta Luv. The line will then roll out to broader mass market distribution.

“As I see holes, I fill them,” said Frankel, adding she views her many business ventures as “babies,” which she helps to nurture. “I raise them until they grow up and can live on their own. The Margarita and Sangria are now living in an apartment somewhere,” she quipped. “I’m a baby momma.”

With the might of a major mass retailer behind her and more to follow, Frankel’s skin care effort could climb to at least $18 million in first-year retail sales, said industry sources.

“Her popularity and built-in awareness and her profile as a reality celebrity are what most brands would die for,” said Wendy Liebmann, founder and ceo of WSL Strategic Retail. “The challenge will be to see how it does in the long term. If it’s just promotional, that’s fine if it brings shoppers and excitement to the aisles and drives beauty traffic.…It could also get repeat users and become a pillar of beauty. We’ve found with the life cycle of celebrities, however, that you always have to be looking for the next thing coming.”

Frankel’s already churning out ideas for more products, including travel sets and baby care. “I just throw things [out there] and people have to catch them,” she said.

I have no idea how people could just stamp their name on something,” she said, waving her hands. “I’m obsessed. I use everything, I named every single product. I created the packaging and the logo.” Frankel said product names are meant to signal a call to action.

The bath gift sets feature scents inspired by Skinnygirl Margarita and Sangria and include three items: a shower gel, lotion and scrub, and will retail for $15. All items are priced below $15.

Frankel is insistent her skin and bath line to be as easy to understand as her cocktails. “You have the bottle filled with the booze — it is simple,” said Frankel as she showed off the skin care products in a spacious bathroom at Trump SoHo. Product ingredients are inspired by Frankel’s background as a chef (she attended the Natural Gourmet Culinary Institute in New York). She leverages the skin care benefits of ingredients such as caffeine for energizing or cranberry extract for soothing irritated skin.

“Skin care can be confusing and I want to be straightforward,” she said.

Straightforward is Frankel trademark as she’s opened up her life to the world on Bravo’s “The Real Housewives of New York City” and then on her spin-offs, “Bethenny Getting Married?” and “Bethenny Ever After.” Frankel hopes to beginning filming the third season “Bethenny Ever After” later this summer.

It is her honesty and accessibility that has garnered her an immense fan base including more than 690,000 Facebook fans and roughly 1.4 million weekly viewers to her show, as well as a place on the New York Times’ best-seller listing.

She’s also rumored to be in negotiations for a talk show. When asked about a bid to play host, she said, “Stranger things have happened.”

As for why she resonates so well with women, the 40-year-old reality star said, “I don’t make false promises.…I don’t want people to think in three days they’ll have no cellulite. That’s not going to happen.”

She attributes her clear skin — which on this summer day was bronzed to perfection — to “consistency.”

Frankel said, “I finally have good skin because I am consistent. I don’t worry about brands. I do buy brands that are not expensive, ones that don’t spend all the money on the packaging but on the ingredients inside.”