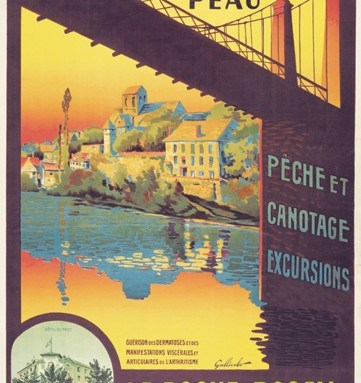 L’Oréal is serious about skin care.

It became clear just how serious about five years ago, when clinical French skin care products started appearing in U.S. drugstores. While the process of selecting a dermatological skin care item from the local pharmacist is somewhat de rigueur among European women, the concept was novel to American consumers.

“When I first came on board, the drugstore channel in the U.S. was perceived as little more than a convenience store,” explains Philippe Patsalides, general manager of Active Cosmetics USA, the American arm of the L’Oréal division that houses Vichy, La Roche-Posay, SkinCeuticals and Dermablend Pro. “But there has been a modernization, a revolution of drugstores here, as some of them — CVS was the first — have made an attempt to become more health, beauty and service oriented. L’Oréal showed them these international models and I think we helped them define their vision.”

Based on the upscale beauty assortment at places such as Canadian drugstore chain Shoppers Drug Mart, that vision of making medically oriented skin care products available in U.S. drugstores — complete with dermatological skin care centers and trained beauty advisers — has come to fruition. Today, French skin care brands Vichy and La Roche-Posay are carried in about 800 pharmacy doors in New York and California, including Duane Reade and CVS, with expanded distribution planned for Texas, Florida and parts of the Midwest. Developed by dermatologists, La Roche-Posay also is carried in more than 2,355 doctors’ offi ces nationwide.

“Active Cosmetics is the only division that really occupies the drugstore and health channel. We capture these other forms of distribution for the company,” says Brigitte Liberman, managing director of Active Cosmetics Division Worldwide, whose 1990 inception predates the fledgling U.S. operation, formed in 2001.“The idea was to go further in the skin care category and to pioneer this kind of dermo-cosmetics skin care category. It’s a marriage between health, beauty and medically approached skin care.”

Representing roughly 7 percent of L’Oréal’s total business, the Active Cosmetics Division consists of five international brands — Vichy, La Roche-Posay, Innéov, SkinCeuticals and Sanoflore, as well as Dermablend Pro, which is U.S. specific. Each brand has a unique business model and is meant to capture three channels of distribution: drugstores, spas and doctors’ offices. Vichy, La Roche-Posay and SkinCeuticals, which L’Oréal acquired in 2005, are distributed globally, while Innéov and Sanoflore have not yet permeated the U.S. market.

While it is the smallest and most scientifi c of L’Oréal’s four divisions, Active Cosmetics until now has been one of the beauty giant’s fastest-growing segments, tripling its turnover globally in the last 10 years, and boasting a 4.2 percent increase in global sales of 1.29 billion euros, or $1.9 billion at average exchange, in 2008. North American sales topped $150 million last year.

L’Oréal acquired what would become the fi rst brand in its active portfolio in 1954 with the purchase of Vichy, a line of mineral-rich skin care products that is estimated to be worth about $1.3 billion globally.

“Vichy was developed in 1931 by a French doctor who decided to put thermal spa water from the town of Vichy, France, into cosmetics products because it had these anti-infl ammatory properties,” explains Liberman. Called the secrets of Vichy, the company soon decided to open a pharmacy in the town to carry the brand, marking the roots of medical skin care. According to Liberman, the Vichy pharmacy also opened L’Oréal’s eyes to opportunities in different distribution channels, leading to its purchase of La Roche-Posay 35 years later.

“At that time, they saw an opportunity in the pharmacy sector, but in the Eighties, with the acquisition of La Roche-Posay, the opportunity was the dermatologist’s office,” explains Liberman of the line of target treatment products, which industry sources estimate generated about 400 million euros, or $589.4 million, in sales last year. In addition to U.S. drugstores, La Roche-Posay is distributed worldwide in France, Germany, Brazil, China, Mexico, Canada and Russia.

“La Roche-Posay addresses problematic skin like acne or sensitive skin, so it answered the needs of another consumer. It fit within the larger strategy of the group, which has been to develop and anticipate a diverse range of consumers worldwide.” That business model has continued to steer the Active Cosmetics Division, as it grows not only its brand portfolio, but also its worldwide distribution.

In 2002, L’Oréal broke into the beauty supplement market, joining forces with Nestlé to create Laboratoires Innéov, a line of nutritional supplements distributed in Europe, Brazil and Russia, which, according to Liberman, holds the number-one position in Europe for oral cosmetics.

L’Oréal brought U.S.-based cosmeceutical brand SkinCeuticals — known for its antiaging topical vitamin C formula — into its fold in 2005 as part of an effort to dominate the spa channel in the U.S. “It was very important to be present in channels where we were not present: the medi-spa and premium spas,” says Patsalides. “My goal looking forward is to internationalize SkinCeuticals and make it a fantastic worldwide player.”

Today, SkinCeuticals is rolling out to Europe and Asia, with distribution in about 4,200 skin care professionals’ offices including dermatologists, plastic surgeons and medical spas.

Most recently, in 2006, L’Oréal’s European division purchased French laboratory Sanoflore, with the aim of building up an organic pharmaceutical franchise within the Active Cosmetics Division. So far, the business model appears to be working. Patsalides says since he came on board for the U.S., distribution for Active Cosmetics brands has more than doubled and sales have more than tripled.

Mary Lou Gardner, senior category manager for beauty at CVS, which began carrying Vichy and La Roche-Posay about five years ago, says, “Both brands are performing very well and continue to put up double-digit growth.”

While most analysts agree there is good potential for L’Oréal’s Active Cosmetics Division, they are cautious about future growth in a tough market. Eva Quiroga, an analyst at UBS, notes, “In the U.S., there isn’t a real pharmacy channel, so L’Oréal had to be creative and, along with Pierre Fabre and Beiersdorf, created skin care counters at CVS and Duane Reade to manage that. It’s growing quickly there, but from a nonexistent base.”

Dan Dolev, associate European HPC analyst of Sanford C. Bernstein & Co. LLC, points to a slowdown in market growth. “It is a very profitable division, but there has been a strong deceleration in growth for active cosmetics,” says Dolev. “In 2004, they grew by 15 percent, but every year between 2004 and 2008, that growth rate has decelerated — it’s no longer growing double digits. It’s certainly a good strategy, but the real question is the execution.”

L’Oréal executives say the active business could become very big in the U.S. if accelerated distribution of Vichy, La Roche-Posay and SkinCeuticals occurs. “We want to continue to develop with our retail partners in the U.S. to expand distribution to other regions,” says Patsalides, who hints that Walgreens has expressed interest in the model. Patsalides says L’Oréal also plans to integrate Innéov in the U.S. to cover nutri-cosmetic demand, and at some point would like to bring Sanoflore here and position it as an organic pharmaceutical brand.

Globally, Liberman says L’Oréal is embarking on fresh initiatives this year, including a new slogan and advertising campaign for Vichy as well as innovative product. Most importantly, she says, the division has “high geographic development potential,” where in Europe, for example, La Roche-Posay is only present in 50 percent of Vichy outlets. She also says Active Cosmetics has huge potential in Asia, where its market share is only 14 percent, as opposed to 20 percent in Western Europe.

Patsalides adds, “To conquer the dermatological skin care market — this was and is the mission of Active Cosmetics.”