The Mexican-born model and digital personality's transformative view of beauty could apply to many more products in the future. 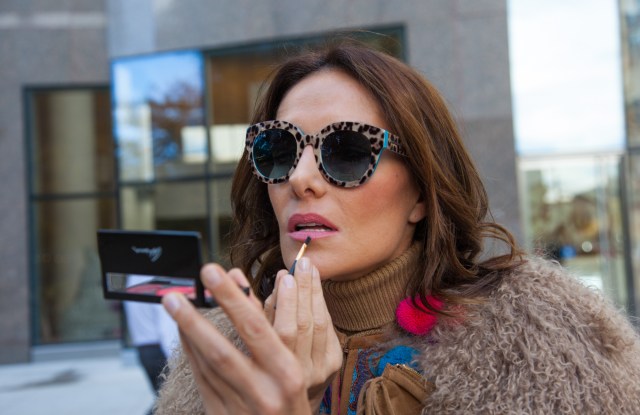 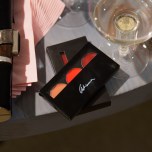 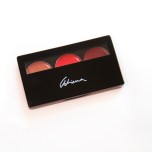 Adriana Abascal has had a lifetime full of reinvention, and her latest endeavor — a three-shade lipstick palette, called the Reinvention Lipstick Palette — is no exception.

Alternately and simultaneously, the 46-year-old, Mexican-born model has been a pageant queen, television host, writer, globetrotter, mother, widow, divorcee, wife and digital personality. As she forays into consumer goods, Abascal is building upon the theme of reinvention to release products that are versatile and suit the numerous roles women inhabit over many years or within hours.

“When I was young and my husband died, in one minute, my life completely changed. I had to reinvent myself. The great news was that I was young and I said, ‘OK, here we go. I’m going to reinvent.’ Before I knew it, I had a completely new life, and that repeated several times in my life,” said Abascal, author of a 2003 book titled “Una Mujer, Cada Mujer” that explored Carl Jung’s theory of archetypes. “I am always trying to improve myself, always discovering a new workout, a new treatment. I was afraid to be one of those Mexican girls that always had the same little pearls and haircut that, if you saw them in 10 years, they are the same. I was terrified of that.”

Speaking to WWD from Paris, where she was heading to a dinner, Abascal was applying her lipstick palette’s rich raspberry shade after having worn its nude option earlier in the day. The $19.99 palette, recently launched on Amazon, features a bright orange-tinged red as well. The colors were chosen to be on trend, easily shift from day to night and coordinate with different outfits. Women can also mix and match the colors for additional choices.

“It’s too much work to carry around five lipsticks. What is great about this palette is that you always have three tones on you that can carry you throughout the day, and you can play with those three colors to come up with I don’t even know how many colors. It’s almost like you can be your own makeup artist,” said Abascal. “It’s really practical because it’s not bulky. I am a person [who’s] into clutches, and I think every woman should have a clutch inside her big day bag if you need to go to cocktails following work. This fits perfectly in a clutch with your keys and a phone.”

To inform the development of the lipstick palette, Abascal’s manager Cynthia Nelson, chief executive officer of Luminación and cofounder of Pink Light Productions, an entertainment and media company in which Abascal is a partner, said consumer research started in March to understand Abascal’s followers and what they might expect from her merchandise. She believes the palette resonates with the usefulness and authenticity Abascal’s fans are hungry for. “It will blow through on Amazon very quickly,” she predicted.

Nelson revealed Abascal is considering enlarging her cosmetics range and that hair care, particularly styling items such as hair dryers and straightening irons, could be a segment ripe for Abascal’s take on beauty. “The lipstick line will extend into full sizes, and it’s a very easy jump from that to foundations, eye liners and eye colors,” she detailed. On top of the beauty items, Abascal is busy generating beauty, fashion and lifestyle content for her web site and social media platforms, and is packaging content into a web series.

In deciding upon future products, Abascal emphasized they have to be transformative and time saving. She elaborated, “We are very focused on any tool that can help women transform themselves. That’s why we are very interested in styling products and hair-care tools. We can show women what to do when they have no time to style their hair.” Abascal, who appeared in magazines including Vanity Fair, Elle, Vogue and Marie Claire, reasoned, “I loved modeling because, in every photo shoot, you can transform yourself. It’s fascinating that, as women, we can come up with something new.”