The year was 1976, when beauty history was made by Jeff Pink. 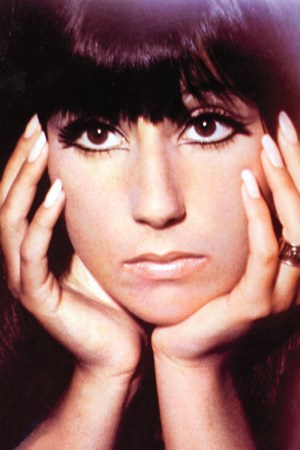 The year was 1976. The United States celebrated its 200th anniversary; Steve Jobs and Steve Wozniak formed the Apple Computer Company and Nadia Comaneci flipped her way to three gold medals at the Summer Olympics in Montreal.

Beauty history was also made that year by Jeff Pink, who owned a small beauty supply store in Tarzana, Calif. and the previous year had created a nail brand called Orly. Concerned about a lack of foot traffic and in search of sales, Pink started calling everyone he could think of within a 25-mile or so radius—Hollywood studios, nail technicians and hair salons were at the top of his list—to ask them how he could satisfy their beauty needs. One film director did, indeed, have a nail dilemma. “In the movie industry at that time, they matched nail colors to dresses,” Pink recently recounts. “Every time a starlet was wearing a red dress, he had to put red nail polish on her. If the dress changed to purple, the color had to be changed. During the day, nail polish had to be changed three to four times,” he continues. “The director said to me, ‘I’m spending a minimum of three hours just to change nail colors and, for us, time is money.’”

Pink decided to solve the dilemma. In his store, he carried a white pencil which could be applied under the nails to make them appear clean. If he could jazz that up a bit, he might hit upon something usable for actresses’ nails no matter what color clothing they sported. Although his polish supplier thought Pink’s request was silly, Pink ordered a gallon of white nail lacquer, which he paired with a flesh-toned color and sold to the director. “Slowly, one director talked to another director, and they bought it from me,” said Pink.

As word spread, Pink packaged the white and flesh-colored nail lacquers together and dubbed the product the Natural Nail Look. He decided to bring the product to Paris, where he was doing the nails for the runway. On the flight home, he began to reconsider the underwhelming name, people in America believed it came from France,” says Pink.

The French Manicure got a boost from Hollywood once again when celebrities went on The Tonight Show Starring Johnny Carson wearing it. Barbra Streisand was the first one to talk to Carson about the French Manicure and then came Cher. “I want to thank the movie industry. The French Manicure put Orly on the map,” says Pink. “When I made it, the only thing I had on my mind was to make a living. I didn’t believe it was going to be as huge as it became.”